Parallel 18: Where Startups Come to Thrive | Business … – The Weekly Journal


FinTech, PropTech, AgroTech. Combine any industry with “tech” and you’ve got yourself a startup. The combination of traditional industries with developing internet and Web3 technology has indeed created a plethora of business ideas.

Supporting this growth on the island is Parallel 18 (P18), a non-profit program affiliated with the Puerto Rico Science, Technology, and Research Trust (PRSTRT).

P18 has an impressive track record in startup success. In its six years of operations, from Generation 1 through Generation 9, P18 has received over 4,500 applications. 248 companies have graduated from the program. Of the last generation –Generation 9– 22 of the 35 participants were local companies.

The most striking number is P18 alumni’s survival rate — 97%. “We are very conservative when we are calculating the survival rate,” assured Héctor Jirau, Operations and Investments Director at Parallel 18 in an interview with THE WEEKLY JOURNAL. The survival rate takes into consideration live companies that remain active in some way, a distinction that also includes those that have been acquired or pivoted into another area.

“Survivability” is an unusual metric for investors or other stakeholders to focus on, since it doesn’t necessarily highlight the startup’s ability to raise capital. “Since we are a non-profit, the survivability rate is very important to us as well as other ‘impact metrics’, such as jobs created, global sales, capital raised, etc.,” Jirau explained.

Over the past nine generations of P18 cohorts, they have raised approximately $212 million in global revenue, with $73 million in Puerto Rico alone. The startups received a total investment of $189 million — $21.6 million coming from the island.

Parallel 18 has been in business for around seven years. For a startup acceleration program, this is an interesting point to be at. It’s a challenge for startups to make it to three years, and those that do rarely make it to seven. “We’re still waiting for that second wave of companies that won’t be able to make it,” admitted Jirau.

Nevertheless, the startup ecosystem on the island has developed in that time thanks to various stakeholders who have pushed and dedicated solely to the entrepreneurial ecosystem. Recently, thanks to Community Development Block Grant (CDBG) funds from the Housing and Urban Development (HUD) program, incubators and resource programs for entrepreneurs have increased.

This growth has made the P18 program even more competitive. Jirau explained that they have been seeing more growth in terms of offerings and innovation brought by entrepreneurs. “You could compare it to anywhere in the world… say Silicon Valley. That’s the type of quality we’re getting here,” he said.

“…we don’t want startups to feel taken advantage of. We actually just give them a grant. Their success translates to success on our island and that’s the impact we are trying to achieve.” / Héctor Jirau, Operations and Investments Director at Parallel 18

To avoid subjectivity, a panel of judges from all over the world identify, evaluate, and determine each applying company’s level of innovation and effectiveness of processes. After passing these 30 judges — made up of investors, stakeholders, P18 alumni, and corporate partners — applicants will take part in a call with the P18 team as the last step.

Startups come from all industries, but some of the most promising are those developing E-commerce, SaaS platforms, AI services, Property Tech (PropTech), and AgroTech. There is also growing interest in sustainability and environmental friendly technologies

The Island as a Point of Entry

Parallel 18, a program of the Puerto Rico Science, Technology, and Research Trust, is open to startups around the world. Their goal is to maximize the island’s participation and creation of jobs in the global knowledge economy.

The same is true for US based companies that want to enter the Latin American market — they see the island as the first step. This is especially important for startups with limited capital that need to maximize their resources.

While many US startup accelerators provide capital in exchange for a stake in the company, Parallel 18 doesn’t do that. “In our case, we don’t want startups to feel taken advantage of. We actually just give them a grant. Their success translates to success on our island and that’s the impact we are trying to achieve,” Jirau emphasized.

Strategic partnerships are another benefit for P18 participants. Mastercard, a global leader in payments and fintech businesses, is in collaborative agreement with P18 and the PRSTRT to bring technical support and mentorship opportunities.

Through this partnership, the startups get access to one of the biggest international corporate partners, one who also helps lead innovation in digital payments and digitization of classical financial processes.

It’s an ideal next step after graduating from the acceleration program. “Expand” provides support for exporting, corporate partnerships, and raising capital “the three main things for entrepreneurs to have a grasp on when doing business in Puerto Rico,” as described by Jirau.

Last year, around 18 startups participated locally. The focus is to close the gap in lack of resources that “late stage” require, but rarely receive in comparison to startups in their early stages. 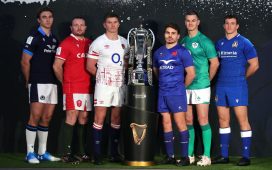 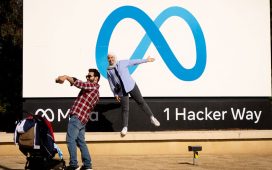 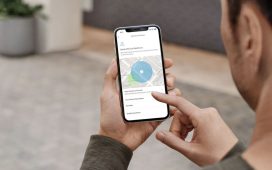 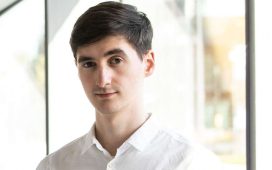