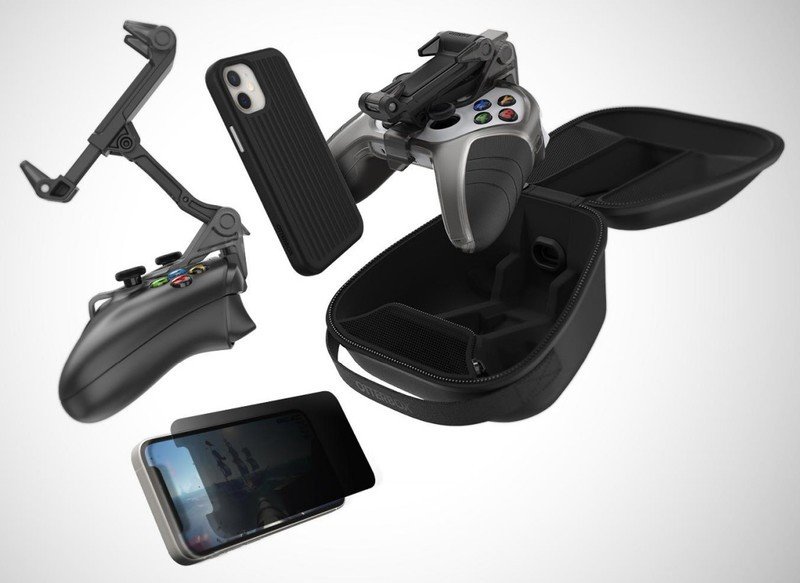 OtterBox is known best for its rugged phone cases and accessories, but the company recently announced a partnership with Xbox. First announced at CES 2021, OtterBox has several mobile gaming accessories to improve Xbox and smartphone gaming on the go. Now, the new accessories are available for preorder. The new accessories should start shipping in mid-February.

For people who use an Xbox controller as part of their mobile gaming setup, OtterBox has an Easy Grip Controller Shell ($40), Gaming Carry Case ($45), and Mobile Gaming Clip $30. For those that prefer to game with just a phone, OtterBox has an Easy Grip Gaming Case ($55). Any mobile gamer can utilize the company’s Gaming Privacy Glass, which blocks the view of a phone from the sides.

The Easy Grip Controller Shell adds protection to your Xbox controller while also adding extra grip. It works with Xbox One or Xbox Series X|S controllers and is available in three colors; Dark Web, Dreamscape, and Galactic Dream.

This shell adds protection, grip, and a bit of personality to your Xbox controller. It features sweat-wicking and antimicrobial material and is easy to wash.

The Gaming Carry Case fits an Xbox controller inside, but it isn’t just for carrying your controller around. It has a built-in screen stand, which allows you to prop up your phone. With the built-in stand, it’ll be easy to pop the case on a desk or table with a mobile gaming setup.

READ  Elite Dangerous: Odyssey has been delayed for PC and consoles

Not only can this carrying case fit your Xbox controller inside, it has a built-in screen stand to help you set up a mobile gaming station.

The Mobile Gaming Clip looks like some of the best Xbox One controller phone mount clips that we’ve already seen, but it has some features that make it stand out. OtterBox’s Mobile Gaming Clip can be adjusted to different angles with just one hand and you can pop it off for tabletop gaming.

This gaming clip allows you to easily attach your smartphone to your Xbox controller. It also detaches for tabletop play on the go.

If you’re looking to game on the go, make sure to check out Xbox Game Pass Ultimate. The subscription gets you access to over 100 Xbox games that you can play on your console, PC, or stream to your Android phone.


The best games for Xbox Game Pass users on PC

Halo Infinite is getting rid of team colors in multiplayer