While projectors offer decent image quality, there are two areas where some can fall short. The first is in refresh rate and the second is in the distance required to install them for a larger picture. Our Optoma GT1080HDR review takes a look at a short-throw gaming projector that offers as low as 8.4ms response time with a 120Hz refresh rate. In addition, it can be installed closer to your screen, giving you more options of where you can use it. Read on for our full review.

The Optoma GT1080HDR has the following features and specifications:

The Optoma GT1080HDR short-throw gaming projector has a pretty standard design. Rectangular in shape and off-white in colour, the top is where you’ll find your menu panel and focus ring. Both are on the left half of the projector (when looking at it from the back) with the menu panel towards the back. The panel consists of three LEDs for power, lamp warning, and temperature warning, as well as eight buttons in three rows and an IR receiver. With the onboard menu, you can control power, adjust keystone, view information, re-sync, and change the source. The focus ring is towards the front and is a simple dial that moves left and right to focus the projector. The Optoma logo is in the right corner towards the back.

The front of the projector houses the lens, which in this case bulges out and is quite round due to it being a short throw projector. To the right of the lens, when looking at the front, is another IR receiver. The front and the sides of the GT1080HDR have a fin finish with ventilation on each side.

The back of the projector houses two HDMI HDCP v2.2 ports (HDMI v1.4 and HDMI v2.0). The v2.0 port is 4K60Hz input compatible while the v1.4 port accepts 4K30Hz input. There is a USB Type-A, VGA IN, VGA OUT, and RS232 ports as well as 3.5mm audio in and audio out jacks. The bottom left corner is the standard power plug with a Kensington lock slot just to the right of that.

Finally, the bottom of the projector has three feet, one non-adjustable and two adjustable for levelling while placed on a table. There are also three screw mount holes for ceiling mounting and a place to loop a locking cable through on one side.

As far as looks go, the Optoma GT1080HDR is pretty non-descript and will blend into most set ups.

The included remote control is smaller, and has a total of 27 buttons on it for full control of the projector. Backlit, the remote has your power on and power off buttons on the top. Below that in a slightly staggered layout are four rows of three buttons each. These are User 1, User 2, User 3, brightness, contrast, mode, keystone, aspect ratio, 3D, mute, DB, and sleep timer. Just below the center of the remote is an oval enter button with four arrow buttons around it for volume, source, and re-sync. The menu button is to the lower left of this and the arrow buttons double as menu navigation when onscreen. Finally, the bottom two rows consist of an HDMI1 and HDMI2 button with VGA1, VGA2, Video, and YPbPr buttons below that.

The remote itself is about 2 1/4-inches at its widest and just under 6-inches long. Roughly 3/4-inches thick, the remote has a compartment in the back for the AAA batteries.

READ  All About iOS 14 And Motorola One Fusion+ Review - NDTV

Being a short-throw projector, I only had to set it roughly 46-inches (3′ 10″) back from my screen for a 106-inch diagonal image. Regular distance throw projectors require 8 to 12 feet for the same image size.

Unfortunately, at this distance, the image tended to be a bit curved. As a result, whenever there was text on the screen, like on the Xbox One home screen, it was blurry in the corners. It was still readable but, as can be seen in the image below, it is quite blurry up close. When there is no text in the corner, it is less noticeable, especially while gaming or watching movies as your eyes don’t tend to wander to the outer corners that often.

Like many other projectors out there, the screen also goes blue when toggling between HDR content. It’s not the end of the world but when swapping between games and apps, there can be a bit of a delay and you can hear the content audio before seeing the image.

As for actual image quality, the projector itself is nice and bright, especially in our dimly lit basement setup. Even with the lights turned on all the way, the projected picture was easy to see. Colours are pretty decent as well with sRB and Rec.709 colour support. Blacks are pretty acceptable as well— even on default out of the box settings.

While the company totes 1080p and 4K input, the projector really only outputs at 1080p resolution. When you are connected to a 4K input, the projector tells you the resolution is 4K (or 4K HDR depending on content). However, it is definitely not as crisp as 4K and when I reached out for clarification, Optoma indicated that there is confirming there is a small upscale via the scaler to take 4K input. At the end of the day, corner blurring aside, the image clarity did seem a bit sharper than other 1080p projectors but not anywhere near the crispness of 4K. To be honest, I couldn’t tell the difference in image quality when the source device was set to 1080p versus 4K output.

READ  In brief: Enter the Aardvark; The Dutch House; Resistance – review - The Guardian

Like any TV or projector, there are a number of settings that can be adjusted to tweak the display to your liking. On the Optoma GT1080HDR, these include:

As you can see, there are plenty of options to help further tweak the image if you are unsatisfied with the default ones.

As mentioned above, I couldn’t tell the difference between 1080p and 4K input from my Xbox. As such, you may as well leave your source device set to output at 1080p, especially if it has a 120Hz output setting. In addition, gaming mode allows you to achieve a response time as low as 8.4ms. While it’s not the 1ms response time you can get on a monitor, it is pretty decent for a projector. Either way, when set to 1080p/120Hz and gaming mode, gaming did seem smoother and thus more enjoyable.

Like monitors, this is one thing I wish companies would stop putting in projectors. The Optoma GT1080HDR as a 10W speaker which is pretty mediocre. At 10W, you’d expect it to be loud but even in a quite room at full volume it wasn’t very loud. In fact, it sounded a bit tinnier than other projector onboard speakers I’ve recently tested. Again, there is almost no bass whatsoever so unless you’re in a small room and just looking for a quick watch of something, you’ll definitely want an external sound system to go with the projector.

At an MSRP of US$999, I’d probably recommend spending a couple of hundred dollars more and getting a true 4K projector — if you have the room for the longer throw distance. While the Optoma GT1080HDR offers decent enough picture, the slightly curved image with blurred corners is a deal-breaker for me. That being said, if money is a constraint and you can overlook those issues, the projector is currently on sale for $799 on Amazon.

The Optoma GT1080HDR tries to address two issues — throw distance and faster refresh rate. While it nails the second in 1080p input, the shorter throw distance does cause some image quality issues. 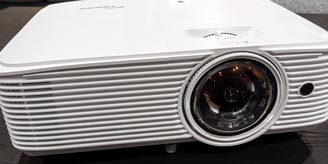 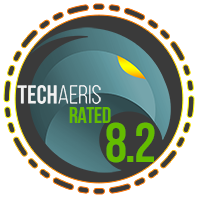 Love Is Blind: Tesla Owners Love Their Cars, Despite Their Faults...