Home Business OPINION: Break up Big Tech before they break us down – Indiana...

Congressional investigation into the business practices of Big Tech began in June 2019 and peaked two months ago with the testimony of Mark Zuckerberg, Jeff Bezos, Sundar Pichai and Tim Cook. Their testimonies were described on page one of the 449-page report as “evasive and non-responsive.”

The main concerns of the Judiciary Committee’s scrutiny are online market power, the digital dominance of the four Big Tech companies and how their power affects our economy and democracy.

The report found each company “serves as a gatekeeper over a key channel of distribution.” In other words, the giants get to choose who wins and who loses by controlling access to certain markets.

To make matters worse, the major technology companies maintain their position of power because incredibly high barriers to entry exist in their field. The realistic dream for technology startups today is getting just big enough to cut into a sliver of the giants’ profit and being bought out for a lucrative sum.

But how big is Big Tech really? And why is their size a problem?

“Anyone building a brand, for example, can’t ignore Facebook’s highly engaged daily audience of 1 billion,” Don Clark and Robert McMillian wrote in a 2015 Wall Street Journal article. “Anyone starting a business needs to make sure they can be found on Google. Anyone with goods to sell wants Amazon to carry them. Any mobile app maker needs to be available in Apple Inc.’s or Google’s online stores.”

Aside from business owners though, Big Tech controls other crucial parts of our life. The average smartphone user spends 3 hours and 15 minutes per day on their phone. While we are now able to quickly chat with family from around the world and see what our favorite celebrities are up to, we are the product of these platforms — not the users.

According to the Pew Research Center, the majority of Americans do know their data is being tracked. However, these companies also build models on their users and sell these highly targeted prototypes to advertising firms.

So, in the case of social platforms like Facebook or Google’s YouTube, the advertisers are the consumers, and, according to technological and cultural critic Jaron Lanier, the “imperceptible change in your own behavior and perception is the product.”

Selling goods online is just the tip of the iceberg. Amazon has spread its tentacles into many different industries, often succeeding because of the unfair advantage it possesses with huge amounts of capital and experts to pull from. Its acquisition of Twitch, Whole Foods, Zappos, IMDb and GoodReads highlights Amazon’s unbalanced absorption of new ideas and potential competitors into their business model.

It often feels as if nothing can be done to detach us from the technologies we use every day. But as the Judiciary Committee concludes, plausible steps can and must be taken to decentralize these technologies and make them less exploitative.

Enforcing antitrust law against tech giants is close to impossible due to the whittling down of its strength in the 1980s and 1990s, though.

“Now you have to show the companies aren’t merely powerful, this is no longer an offense, but have used that power to specifically harm consumers, usually in the form of higher prices,” said Rob Larson, IU alumnus and author of “Bit Tyrants: The Political Economy of Silicon Valley.”

Yet, most of these platforms are free to use. So, in order to prosecute firms like Apple and Google who visibly act against competition and discredit companies who are hosted on their platforms, new legislation is likely required.

While both Republicans and Democrats agree the major tech companies they investigated are dominating online markets, there remains significant disagreement about how to reduce that power.

Republicans oppose applying nondiscrimination requirements to the platforms, and do not believe any new sweeping regulations should be added. Instead, they argue targeted antitrust enforcement is all we need.

On the other hand, Democrats believe the best way to effectively ensure technological competition is to reformulate antitrust laws to protect workers, markets and democratic ideals — not just consumers.

This shouldn’t be a partisan issue because both sides agree Big Tech’s power exceeds its value. Further study into the most effective and fair way to break these companies up, removed from politicized babbling, must be done. If there is hesitation, these firms, with infinite resources at their disposal, will find new ways to bend the rules, conglomerate, collect and exploit.

READ  China has big ideas for the internet. Too bad no one else likes them - CNET

It’s time to break up Big Tech before they break us down. The future of our democracy, economy and mental health count on it.

JP Brenner (he/him) is a senior studying political science and geography. He loves spending time outdoors, away from his phone and is an avid reader. 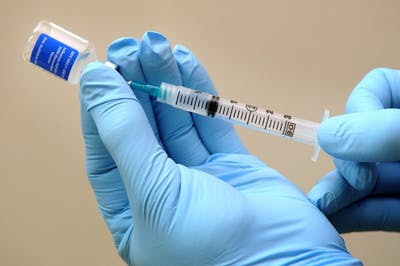 Getting your flu shot early is essential to its efficacy. 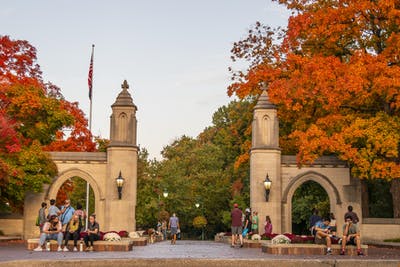 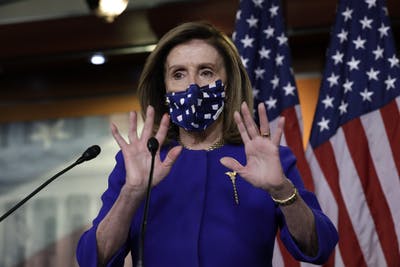 The proposed legislation is a political stunt unworthy of attention.