The latest edition of the Steam Game Festival will allow you to meet developer games that could not go to the Game Developers Conference because of COVID-19. 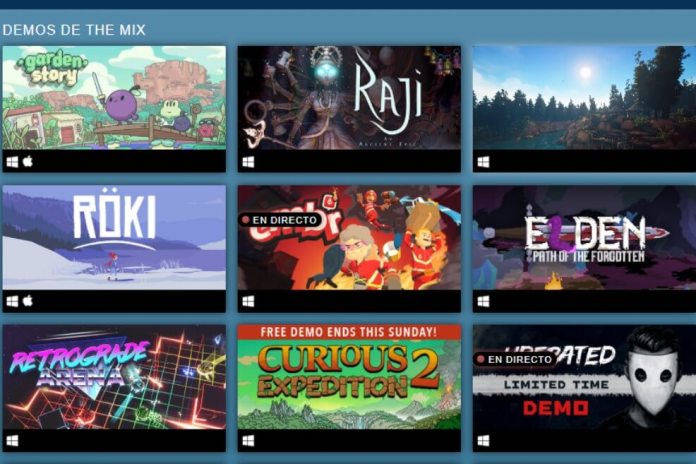 The spring edition of the Steam game festival, which started this Wednesday and will run until March 23, offers a digital space to highlight independent games and, in addition, up to 40 games of this type that could not go to the Game Developers Conference (GDC) can be tested during the event. .

Read also: Digital theater: access to the performing arts beyond a room

The Game Awards executive producer Geoff Keighley announced the event via his Twitter account, stating that the goal is to help games from independent developers who missed the opportunity to show their titles on behalf of the new coronavirus.

The Spring edition of @thegamefestival is now live on Steam with 40+ free limited time demos of upcoming games to try! Enjoy! https://t.co/fgrJmBgxIf pic.twitter.com/heAXon8qcr

Users will be able to download dozens of demos and try Indie Megabooth, The MIX, Day of the Devs and Wings titles, as can be seen on their website. In addition, they will be able to see live broadcasts of the developers playing.

Game Developers Conference (GDC), the annual meeting of developers and companies in the video game industry, was going to be held from March 16 to 20 in San Francisco, but it was canceled and postponed until the summer due to the outbreak of the new coronavirus.

Several events have already been canceled as a preventive measure to prevent the spread of COVID-19. In the world of video games, the last event to be canceled was the E3 video game fair, one of the most important in the industry and that was going to take place from June 9 to 11 in Los Angeles.

Google's Sodar to help maintain social distancing – is it needed though?

Hit Start: Video games level up in the coronavirus age – The Wood Word

The best free games on Xbox One

It should be called the SCARES Act – Enterprise News