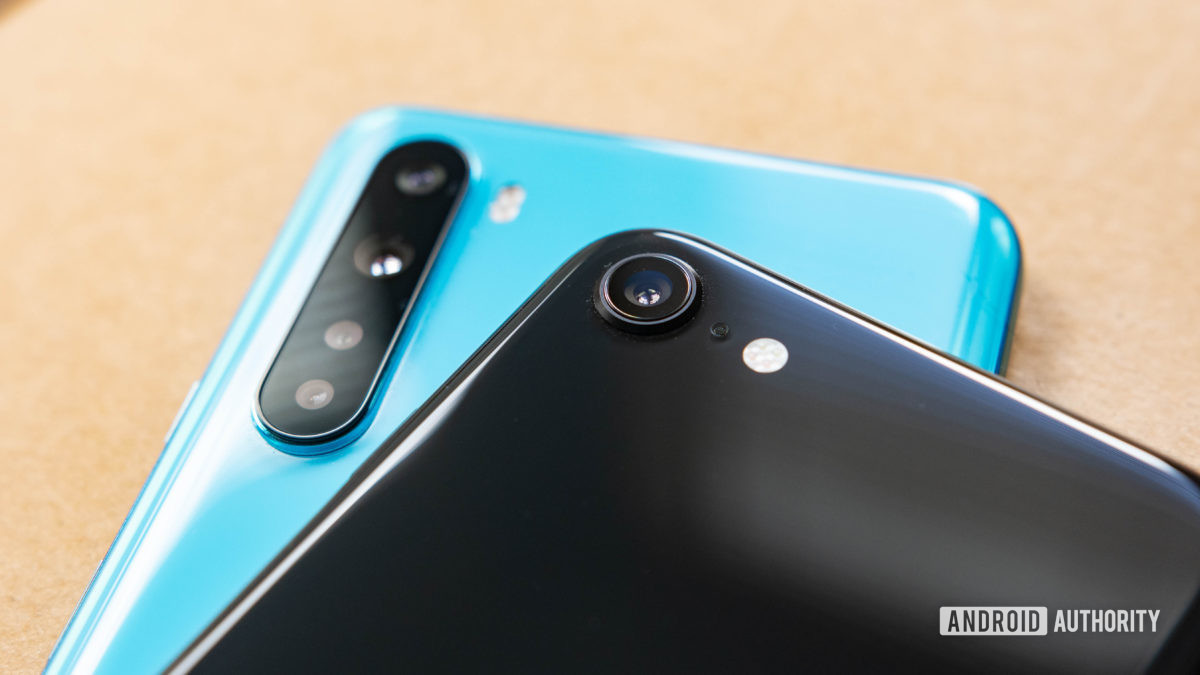 The recently released OnePlus Nord has some stiff competition. One of the most popular mid-rangers at the moment is Apple’s iPhone SE, which comes in at £40 more than the OnePlus device in the UK and €100 more across Europe. Both are great phones in their own right, but there are some big differences between the two budget handsets — including the cameras.

Which takes better photos: the OnePlus Nord or the iPhone SE? We decided to pit the two phones against each other in a quick OnePlus Nord vs iPhone SE camera shootout to find out. Be sure to cast your vote on the winner in the poll at the end of the article.

It’s quality vs quantity with this comparison. The iPhone has just two cameras while the Nord has six in total. However, the iPhone comes with a more robust processor and a proven track record for excellent image processing. Can brains beat brawn? Let’s find out.

I shot a mix of indoor and outdoor shots with both smartphones at the same time. The variety of lighting scenarios should help us find quality discrepancies and ultimately come up with a winner. Both devices were on their latest software versions as of writing and both were set to “photo” and “portrait” modes for the given tests.

The images of the back of my racing simulator are a test of low-light performance in “photo” mode. There was light coming in from the window and a ceiling light overhead, but the back of the seat was still in the shadows of my room. The Nord is applying more noise reduction resulting in a softer image. The photographs of the pink flowers were shot to demonstrate the color reproduction capabilities of each camera. The SE is capturing more true to life colors compared to the washed-out Nord’s image.

See also: The best budget camera phones you can buy

The first pair of images here are of a viaduct in the distance. These tests will help us evaluate how much detail that each camera captures. The Nord seems to capture more fine detail in the field compared to the SE. The second pair show a shaded tree in front of a fairly bright sky. This is a true test of dynamic range and color accuracy. The SE is displaying more detail in the darkest shadows while correctly exposing for bright highlights.

These final images are with the selfie cameras and with the rear portrait mode respectively. The SE seems to do a better job of keeping my skin texture natural. However, the skin tones aren’t as accurate as with the Nord.

Which camera experience do you prefer: the OnePlus Nord or the iPhone SE? Apple’s phone seems to come out on top in terms of quality, but there’s no denying the OnePlus Nord has a more versatile setup overall. As the iPhone SE only has a single camera, we couldn’t compare ultra-wide 0r macro shots — read more about the OnePlus Nord’s additional cameras in our review.

The winner is down to you! Cast your vote in the poll below and hit the comments to share your thoughts. If you want a deeper look at the OnePlus Nord vs iPhone SE, be sure to check out our full comparison where we look at other specs, features, pricing, and more.

Chromecast with Google TV vs the “old” Chromecast series

Google announces the Pixel 5 and Pixel 4a 5G, keeps playing the value game

ZAGG Has Your New Pixel 4a 5G & Pixel 5 Covered, Both Body & Screen

Google Assistant Has A Handy New Hold For Me Feature