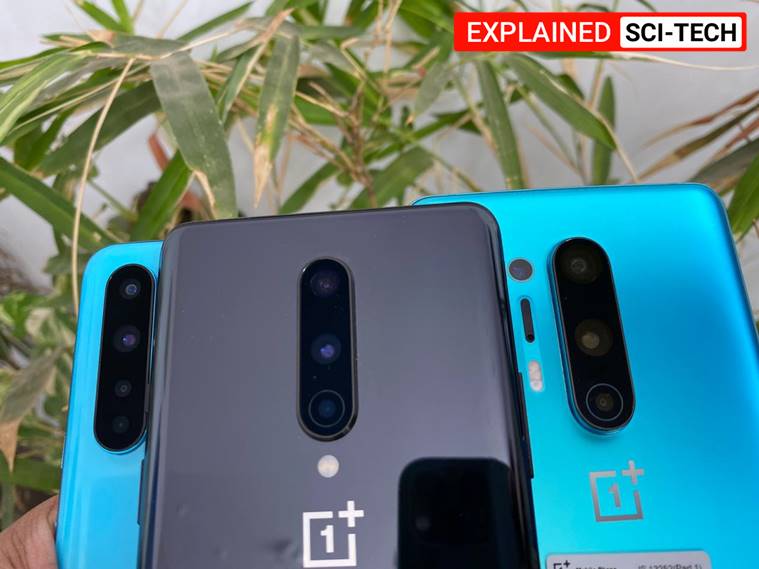 Like with movies, the smartphone industry too depends a lot on the hype before a launch to sell a new device. And going by hype, there are very few companies that do it as well as OnePlus. And we are in the midst of another such hype cycle, this time around the OnePlus Nord.

But this phone is different, coming from the company that has focussed for the past few years on the premium segment, selling primarily above the $400 bracket in all markets. So much so, that the startup from Shenzhen has become the top premium brand in India over the past many quarters, selling more that both Samsung and Apple but at lower price points. But the Nord is not a premium phone, though the Rs 24,999 starting price tag in India, might still be considered expensive.

What is the OnePlus Nord?

The OnePlus Nord is a more affordable smartphone coming just weeks after the launch of the flagships OnePlus 8 and OnePlus 8 Pro. The OnePlus Nord, however, is at least Rs 15,000 cheaper than the most affordable phone in the OnePlus 8 series. The phone does not have a top-end processor, but offers everything from four cameras at the back to 5G compatibility.

What has triggered the need for a OnePlus Nord?

OnePlus was initially a budget phone brand, offering a budget flagship to be precise. But over the years, the company pushed up the average selling price of its new phones and ended up being a more premium player, while not losing out on its user base. However, it does not cater to its initial user base which wanted a dependable phone with top features at a very reasonable price point. The users in the Rs 20,000 to Rs 35,000 price band in markets like India too moved down or up the value chain leaving a vacuum in this space with no clear brand or product emerging as a leader.

Also Read | Explained: Why is spyware and stalkerware gaining traction under the pandemic

Now, OnePlus seems to have woken up to the fact that a good value proposition in this segment could give it volume in markets like India where a lot of users are going up the value chain with each upgrade cycle. However, the need for a more affordable phone is also an acknowledgement of the pressure the brands feels in the premium segment where Apple’s aggressive pricing has started to eat into its numbers over the past year.

Is this strategy unique to OnePlus?

No. In fact, a lot of brands, including Samsung, have been pushed a ‘mid-range flagship’ that offers the best in class features at that specific price point. Apple launched the iPhone XR as its affordable device to offer an option in this mid range, earlier tapped into with older phones. The company now has the iPhone SE, which again looks at the same mid-range where a popular phone can rake in much more numbers than any premium phone.

📣 Express Explained is now on Telegram. Click here to join our channel (@ieexplained) and stay updated with the latest

With Apple now moving the production of its iPhone 11 also to India, there is expectation that even the flagship will become cheaper. The price elasticity is lesser in India as price points go up and buyers are often willing to stretch a bit more to own an aspirational brand like Apple.

Can all brands tap this middle segment?

It is tough for a brand that is known for budget phones to start appealing to users with deeper pockets. And this has been the case with Xiaomi, the Indian smartphone market leader which still struggles to sell a phone priced above Rs 20,000. On the other hand, brands like Apple, Samsung and OnePlus can trigger value for the user when they start offering phones cheaper than what buyers expect them to sell at.

What about the China factor?

OnePlus is also a brand with Chinese origins. But seeing the initial traction for the new phones from the brand, it is unlikely the anti-China sentiment will hurt the brand now. To the brand’s advantage is the fact that it does not have a visible Chinese name, logo or brand connect, even as sister brands Oppo and Vivo have not been that lucky.

To be fair, all these brands have their phones assembled locally. But there is slowly a rising demand in the Indian market for products without a Chinese connect and there are very few brands like Apple and Nokia that can cash in on that. Soon you could see Indian brands like Micormax, which had been obliterated by Chinese brands like Xiaomi, Oppo and Vivo, make a comeback hoping to benefit from the new market dynamics.

Meanwhile, the dominant Chinese brands — four names in the top five account for 75 per cent of smartphones sold in India — will be hopeful that the ‘value conscious’ Indian buyer will not put nationalism before their purchase decisions.

For all the latest Explained News, download Indian Express App.

With Just a Smartphone and Selfie Stick, These Young Bihar Journalists are Reporting the Unseen & Unh… – News18

Find my phone: How to set up your smartphone so you'll always find it – The Star Online

‘IN For India’: Micromax Set To Launch ‘In’ Series Smartphones On 3 November – Swarajya

Think Apple's iPhone is always faster than Android? This news will...