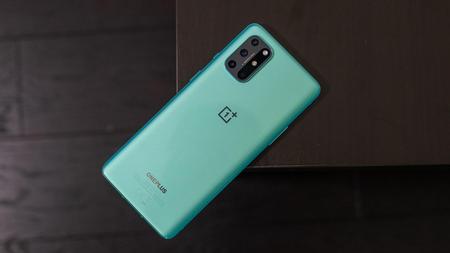 The OnePlus 8T may be the company’s latest and greatest but we’re already hearing rumblings about its successor, the OnePlus 9.

The main takeaway – at this early stage – is OnePlus’ apparent plans to bring forward the release of its next mainline flagship phone by a month, but we’ve also learnt its supposed codename too.

When does the OnePlus 9 launch?

Sources have told Android Central that the company plans to bring the OnePlus 9, codenamed “Lemonade”, to market in March 2021, approximately a month earlier than this year’s OnePlus 8 series launched; having been announced on 14 April and on sale from 29 April, 2020.

The reasoning behind this is thought to be in order to give the OnePlus 9 (and OnePlus 9 Pro) more time to compete against rival devices like Samsung’s forthcoming Galaxy S21/S30 line (also rumoured to be launching earlier than this year’s S20 line) before the typical T-series mid-cycle refresh manifests.

There’s also the matter of the OnePlus Nord line, which was introduced this year. Previously, OnePlus only had two discreet releases every 12-month span and adding in Nord devices at around the mid-point gives the company flexibility to move its other big launches around so that they’re releasing hardware at a consistent pace.

As for where you’ll be able to pick the phone(s) up, while we’re expecting the OnePlus 9 series to launch in the company’s most prominent markets across the UK, Europe and the US, it looks like we already have a little more detail on its Stateside release.

It seems that XDA Developers member, Some_Random_Username, unearthed code within the company’s OxygenOS user experience that points to some carrier-specific SKUs of both the OnePlus 9 and the 9 Pro.

Along with a standard version, there will be two carrier-bound variants of the OnePlus 9, destined for T-Mobile and Verizon respectively (with the Verizon model assumed to support mmWave 5G), while a T-Mobile flavour of OnePlus 9 Pro also makes an appearance, while the Verizon-centric 9 Pro appears to be absent as of right now.

How much will the OnePlus 9 cost?

We’re yet to hear anything official around the OnePlus 9’s price. That said, we can look at the company’s existing strategy to see where pricing next year may fall.

OnePlus’ phones are becoming increasingly more competitive with each generation but as a byproduct of that, they’ve also become more expensive; with the OnePlus 8 Pro being the company’s priciest handset to date.

If the company wants to continue to compete in the flagship space, it’s assumed that we’ll see even more cutting-edge technology across the OnePlus 9 series, meaning pricing would at the very least start at the same threshold as this year’s mainline devices.

The addition of 5G has been attributed to the price hike that occurred when moving from the OnePlus 7 series to the OnePlus 8 series, so if pricing continues to increase, we’re assuming that the jump won’t be as significant next year, as 5G continues to become more ubiquitous.

READ  Summer deals on BBQs and cooling appliances - including fans

What features will the OnePlus 9 have?

We don’t yet know anything about the potential OnePlus 9 hardware but we can expand on the foundation of the new OnePlus 8T to suggest where we think the company should take its next flagship.

With 120Hz, 65W ‘Warp Charge’ fast charging and 5G already in the mix, the 8T is an impressively-solid foundation on which the company can build its next major release on top of, but there are a few things that we’d like to bring in from this year’s 8 Pro, as well as a few expected upgrades.

IP68 certification – Another Pro feature that we’re hoping becomes the standard for OnePlus flagships, IP68 dust and water resistance would be appreciated.

Under-display selfie camera – It’s thought that Samsung has shifted from including an under-display camera on its next Galaxy S phones to instead debut such a feature on the rumoured Samsung Z Galaxy Fold 3, due to low yield.

With OnePlus dealing in significantly smaller unit numbers than Samsung, such a feature may not be out of the question, although it would have a notable effect on cost.

Snapdragon 875 – Qualcomm’s next flagship processor is expected to make its debut at the annual Snapdragon Tech Summit, taking place virtually in December this year. It’s assumed to be the chip of choice for the majority of 2021’s flagship smartphones and we hope to see it in the OnePlus 9 too.

Related: When will the Snapdragon 875 launch?

Better cameras – The OnePlus 8T relies on an ageing 48Mp (Sony IMX586) primary camera, which OnePlus has used since the OnePlus 7 series and it feels like it’s time for an upgrade. There are newer and brighter sensors out there, including its direct successor – the 64Mp IMX686 – worth considering.

We also want OnePlus to ditch the gimmicky macro and mono sensors on the 8T, and instead, concentrate on giving the OnePlus 9 a capable set of ultrawide and telephoto snappers that complement the main sensor with regards to dynamic range and colour science.

Almost everything at Lancôme is on sale right now for the...