The Chinese manufacturer has officially released its new flagship smartphone with Hasselblad camera and Snapdragon 8 Gen 2, the OnePlus 11. We reveal what the smartphone is capable of.

The OnePlus 11 in detail

After a leak about the OnePlus 11 had already revealed many technical details at the end of 2022, the manufacturer has now officially unveiled the smartphone and released it in China. The bad news: Whether the device will also come to Europe is still completely open due to the patent dispute with Nokia.

The front is almost completely taken up by a 6.7-inch AMOLED screen (Samsung E4), which has a QHD+ resolution of 3,216 x 1,440 pixels and an adaptive refresh rate of up to 120 hertz with LTPO 3.0 technology. The display is bid to the sides, supports Dolby Vision and HDR10+, and gets up to 1,300 nits bright at peak. It is protected by Corning Gorilla Glass Victus.

As teased by the manufacturer in advance, the OnePlus 11 gets back the popular alert slider, which was reduced away on the OnePlus 10T. It allows quick switching between sound, silent and vibration mode. The vibration motor is supposed to enable particularly intense and unique 3D vibrations.

OnePlus also installs a 5,000 mAh battery that can be charged quickly with the included 100-watt SuperVOOC power adapter, although the manufacturer does not provide any information about the charging speed.

The equipment is rounded off by stereo speakers, Wi-Fi 6 and Bluetooth 5.3, as well as dual-GPS and a fingerprint sensor. The smartphone, which measures 163.1 x 74.1 x 8.53 mm and weighs 205 grams, is once again offered in the colors black and green.

Of course, the manufacturer once again focuses on the cooperation with camera manufacturer Hasselblad for the OnePlus 11, who – to whatever extent – contribute their expertise.

There are three lenses on the back, consisting of a 50-megapixel main camera with f/1.8 aperture and optical image stabilization (OIS), a 115-degree ultra-wide-angle lens (f/2.2) with macro mode and 48 megapixels with a focusing distance of 3.5 cm, and a telephoto camera with f/2.0 and 32 megapixels as well as a dual optical zoom.

On the front, you’ll find the selfie camera in the upper left corner, which resolves with 16 megapixels.

The OnePlus 11 will initially launch exclusively in China, starting there on January 09, 2023 at an MSRP of 3,999 yuan (the equivalent of just under 550 euros) with 12 GB of RAM and 256 GB of storage. The upgrade to 16 GB RAM will cost 4,399 yuan (around 605 euros), and the top model with additional double system memory will then be 4,899 yuan (around 675 euros). By the way, the OnePlus 11 will remain the top model of the series. According to the manufacturer, there will not be a Pro model. 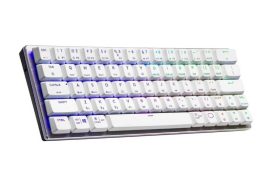 OnePlus 11 Smartphone will Support 4 Years of Android Versions: Here's More About it – The Tech Outlook 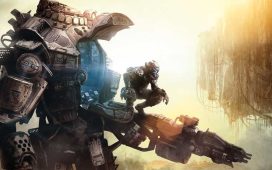 A eulogy for Titanfall, a shooter that deserved better 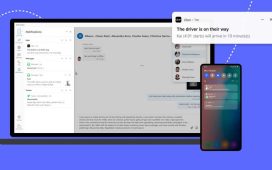 Got an iPhone? Here’s how to get Apple iMessages on Windows 11