The OnePlus 10T 5G is the company’s upcoming high-end smartphone. This device is actually expected to become sort of a flagship killer phone. Its price tag is expected to be quite affordable, while its specs will be high-end. By the looks of it, it may actually become a really compelling device, and attract quite a bit of attention to itself, presuming that everything we know thus far is true.

This article will be regularly updated with new information on the OnePlus 10T 5G (this is a preview article) — both official teasers and credible leaks, rumors, and insider claims — as it becomes available in the run-up to the release of the upcoming Android smartphone. The last update was made on June 23, 2022.

The OnePlus 10T 5G has that huge camera island on the back, whose design seems to be inspired by the Galaxy S22. That camera island looks as if it’s coming from the phone’s frame itself. The power/lock button sits on the right-hand of the phone, while the volume up and down buttons are located on the left, based on the provided images. A display camera hole is included, and it’s centered.

You’ll also notice that the phone’s bezels are really thin, but the bottom bezel is still thicker than the rest. OnePlus’ logo can be seen on the back, and the back side of the device does curve towards the sides. Don’t expect a headphone jack to be included here, but stereo speakers will be a part of the package, as will a Type-C USB port at the bottom. The phone will be made out of metal and glass.

As mentioned earlier, the device will include quite compelling specs. The thing is, OnePlus did have to cut costs here, so this phone won’t include all the bells and whistles the OnePlus 10 Pro does. That was to be expected, though. So, what can we expect? Well, let’s start with the SoC. The Snapdragon 8+ Gen 1 is tipped to fuel this handset. So, the OnePlus 10T 5G will include a more powerful SoC than the OnePlus 10 Pro, which is interesting. This SoC offers better performance, power consumption, and thermals.

Two RAM & storage variants will be on offer

In addition to that, the company is set to offer two different variants of the device, one with 8GB of RAM and 128GB of flash storage, and the other with 12GB of RAM and 256GB of storage. OnePlus is set to use LPDDR5 RAM and UFS 3.1 flash storage in both variants. A 6.7-inch AMOLED display with a 120Hz refresh rate is expected. This is expected to be an LTPO panel, and support a 360Hz touch sampling rate. HDR10+ content will be supported, and the display will offer 10-bit color. If it ends up being flat, as leaks suggested, the phone will be quite wide due to that display size. We’ll see, though.

You can expect 150W charging support too

A 4,800mAh battery was also mentioned, and so was 150W fast wired charging. So, the OnePlus 10T 5G may trump its sibling in the charging department as well, at least wired charging. The OnePlus 10T 5G is not expected to offer wireless charging, unlike the OnePlus 10 Pro. That is one of those cost-cutting methods the company will likely use. Bluetooth 5.3 was also mentioned in leaks, and so was an in-display fingerprint scanner. We’re not sure if OnePlus will use an optical or an ultrasonic fingerprint scanner, but it’ll likely be the former.

Four cameras will be included, along with Hasselblad branding

What can you expect in terms of cameras? Well, it seems like the OnePlus 10T 5G will feature three cameras on the back, and one on the front. A 50-megapixel main camera (1/1.5” sensor) will be the star of the show, backed by an 8-megapixel ultrawide camera. The third camera on the back will be a 2-megapixel camera. We’re still not sure what that one is for, but it could be a dedicated macro camera, or a depth camera.

When it comes to the front-facing camera, a 16-megapixel unit will be included, it would seem. We don’t have any specific details regarding that camera, though. Hasselblad will be a part of the picture as well, as was on the OnePlus 10 Pro. OnePlus and Hasselblad partnership moves on, and you can expect it on the OnePlus 11 as well, of course. It remains to be seen if Hasselblad will have any different role this time around, though.

The OnePlus 10T 5G is coming this year, but we still don’t know when exactly. That information did not surface yet, but the possible price tag of the device did. The OnePlus 10T 5G may actually be considerably more affordable than the OnePlus 10 Pro. Based on a tip from China, the phone will end up costing between CNY3,000 ($467) and CNY4,000 ($596) in China. Its price will be a bit higher outside of China, though.

As a reminder, the OnePlus 10 Pro launched with an $899 price tag. So, as you can see, regardless of whether the OnePlus 10T 5G price falls in that price range, the phone will be noticeably more affordable. Considering the better SoC, and faster charging, this may end up being an even more compelling offering than the OnePlus 10 Pro, at least for some people. 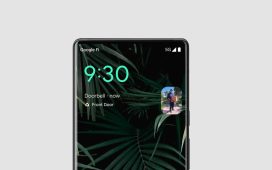 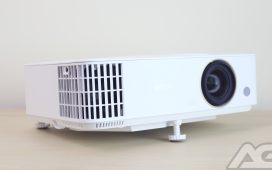 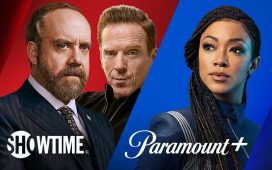 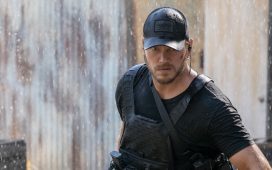