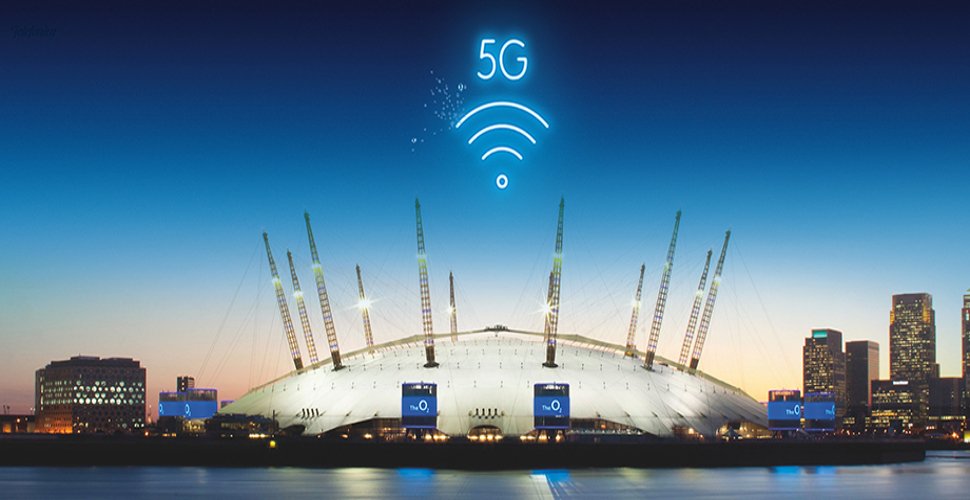 O2 has announced a major expansion of its 5G coverage across the UK.

The operator has revealed its 5G network is now available at over 300 destinations for the first time, including Covent Garden in London, and the Jewry Wall ruins in Leicester.

O2 says this expansion of the 5G network, which it says now reaches 60 towns and cities across the country, will keep businesses and employees alike connected during the nationwide lockdown, helping the UK economy recover as fast as possible.

O2 also revealed a significant expansion of its 4G coverage to a number of popular UK tourist hotspots as the country looks set for a summer without foreign holidays.

The company says it now has 4G coverage in over 18,000 regional towns, villages and hamlets, taking its total coverage to over 91,000 postocodes across the UK. This includes almost 400 top tourist hotspots, along with beaches and parks across the country.

O2 revealed it experienced an initial 25% increase in phone calls at the start of the pandemic as Britons checked on their friends and family, with people spending 30% longer on the phone (on average) since lockdown.

“It has never been more important for people to keep connected,” said Brendan O’Reilly, Chief Technology Officer at O2. “We have a collective responsibility to help rebuild our nation, and the telecoms industry stands at the forefront of this effort. With the government signalling a return of tourism in the coming days and weeks, we want to make it easy for people to enjoy summer safely. All with the knowledge that they can venture to pockets of the countryside and still keep in touch with friends and family.”

READ  Why deployments of internet of things have been slower than expected in UAE?

“We are continuing to add 4G to even smaller rural communities across the length and breadth of Britain, at the same time improving the experience for our customers in towns and cities by deploying more spectrum into the places where they need it most.”

The announcement comes ahead of the £1bn Shared Rural Network roll-out, which sees the UK’s four main operators share masts in areas of the country that don’t have access to all four networks.

Operators will invest £530 million to open up and share their infrastructure, and pay each other a fee for access. The government will then provide up to £500 million to build new masts in ‘total not spots’ where there is no 4G coverage from any operator. The aim is to reach 95 per cent of the UK landmass by 2025.

Epic Games awards more than $42 million in grants for developers

Ofcom set to give UK Wi-Fi speeds a major boost

‘In Death: Unchained’ Review – A Fine Roguelike Bow-shooter for Quest

Somebody Already Made ‘Beat Saber’ Inside of ‘Dreams’

Xbox Series X specs, release date, price and games: Everything you need to know about the next Xbox

Want to get 4Gbps internet but got no cables? Here's one solution