Home Computing NVMe vs SATA vs M.2 : What's the difference when it comes... 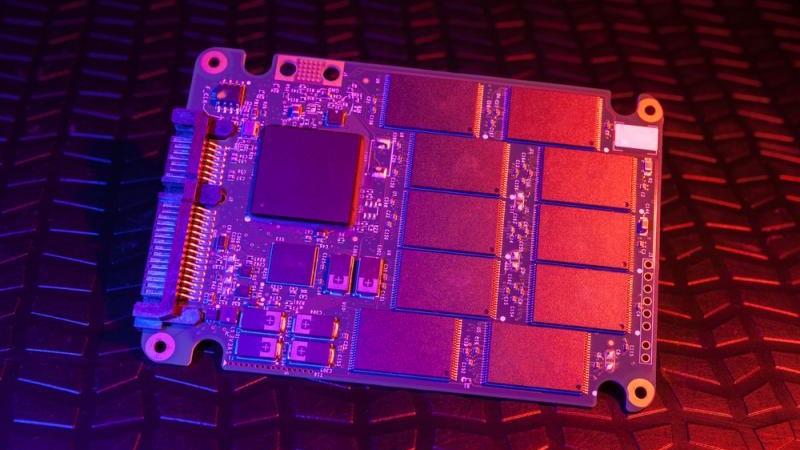 The realm of storage, as is the case of any other technology, is full of jargon and terminology unique to the technology itself. The sheer volume of terms can quickly become baffling to the average consumer, especially those particularly unfamiliar with PC components.

One of the most common misconceptions lies in the differences and connections between form factors, interfaces and protocols. Shedding some light into what these terms entail, and their significance in solid state drive (SSD) architecture, can help consumers navigate the market as they prepare themselves for their next purchase.

Anthony Spencer is a Marketing Executive at Silicon Power, a storage specialist that regularly features in TechRadar Pro buying guides.

Form factors are an easy concept to understand, the form factor defines the physical makeup of an SSD in terms of its size, shape and type of connector used. As the old saying goes, “form follows function”, the form factor of an SSD may already tell you a lot about its inner working. There is a wide range of form factors such as M.2, add-in cards, mSATA, however in this day and age two form factors are the most common in consumer markets:

A closer look: interfaces and protocols

An SSD connects to a host by making use of a combination of interface and protocol. The interface refers to the physical elements of the connection while the protocol is the set of rules, standards and commands that define the communication between the SSD and the host system. The combination of both factors is one of the defining elements consumers must pay attention when choosing an SSD. The combination of interface and protocol define the performance in terms of bandwidth, latency and scalability of a given SSD.

So what’s the link?

With all things considered, we can see that comparisons between M.2, SATA and NVMe are unfounded. Each of these terms belongs to different elements of the SSD architecture and should only be compared with their direct substitutes. The real matchup resides in choosing the right combination of form factor, interface and communication protocol.

As it is the case with most things there is no universal answer. The “right” combination depends on your individual needs and the capabilities of your system. While an M.2 PCIe NVMe SSD offers the best performance at a smaller footprint, the higher price tag and the need for a motherboard with M.2 connection socket might put a restraint to users on a budget or with older motherboards. In contrast, SATA can still get the job done, especially so if you are upgrading from a hard drive. However, to get the best performance and future-proof your system it might be wise to invest extra in a PCIe NVMe.

SSD prices are more accessible than ever; QLC technology (see NAND and cells: SLC, QLC, TLC and MLC explained) is one of the technological developments that have spurred a drop in SSD prices. Furthermore, manufacturers offer a wide variety of options ranging from SATA, DRAMless solutions, all the way to PCIe 4.0 drives to cater to the individual needs of consumers.

The best VPN just went on sale: Here’s why you need it

10 Of The Best Rugged Smartphones