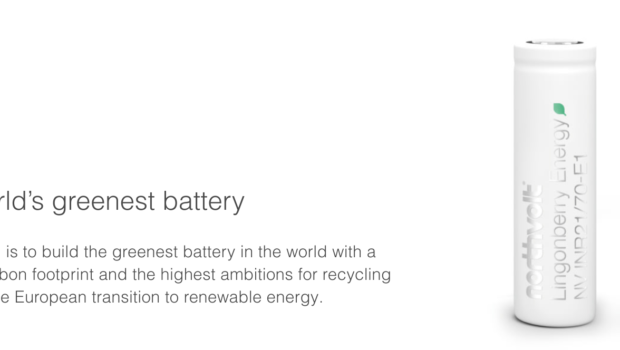 Swedish lithium-ion battery manufacturer Northvolt and Norwegian aluminum producer Hydro have formed a new partnership to recycle EV batteries. It’s all part of a push to make the EU a more circular economy instead of discarding its waste products in landfills and junk yards.

“We are excited about the opportunities this represents. Hydro Volt can handle aluminium from end-of-life batteries as part of our total metal value chain, contribute to the circular economy and at the same time lessen the climate footprint of the metal we supply,” said Arvid Moss, executive vice president for energy and corporate development at Hydro, in a press release.

Norway is the ideal place for such a recycling project because it is a world leader in the number of electric cars as a percentage of population. The recycling center will be located in Fredrikstad and is scheduled to begin operations in 2021. The automated facility will be able to process 8,000 tons of batteries per year.

The recaptured aluminum will be processed by Hydro, while the remains of the battery cells themselves — referred to as “black mass” — will be sent to the Northvolt factory in Sweden where the component materials — lithium, cobalt, manganese, and nickel — will be separated out and used to make new batteries.

“Northvolt has set a target for 50 percent of our raw material in 2030 coming from recycled batteries,” says Emma Nehrenheim, chief environmental officer for Revolt, the recycling arm of Northvolt. “The partnership with Hydro is an important piece of the puzzle to secure an external feed of material before our own batteries begin returning back to us.”

READ  The History of the Chrysler Cordoba, Rich Corinthian Leather, and Ricardo Montalbán

Reusing the materials inside existing batteries will reduce the amount of mining needed to manufacture lithium ion batteries and lower the total carbon emissions from battery production. It will also reduce reliance on suppliers from outside the EU.

It’s great that the raw materials in EV batteries can be recycled, but what about all those electric motors electric cars use? The copper in electric motors can be stripped out and reused, but there are other components such as rare earth magnets that can be recycled as well, although that process is significantly more complicated.

Thanks to a £1.9 million grant from UK Innovate, a new organization called Rare Earth Recycling for E-Machines (RaRE) has been created to leverage technology developed by the University of Birmingham that extracts and demagnetizes neodymium iron boron alloy powders from magnets embedded in electric motors.

RaRE will be led by HyProMag, a University of Birmingham spinoff. Other partners include Advanced Electric Machines Research, Bentley Motors, Intelligent Lifecycle Solutions, and Unipart Powertrain Applications, according to a report by Circular.

Nick Mann, general manager of HyProMag, says, “RaRE is an exciting project and a fantastic opportunity to prove the importance and worth of short loop recycled magnetic material. NdFeB magnets are essential for many future technologies and the emerging electric vehicle market is of increasing importance. Being involved at this level means we not only get to work with and supply recycled magnets to some of the most innovative and globally recognized companies, it also allows us to influence the design of products with the aim of making recycling a better option in the future. I believe this is industry, technology, recycling and innovation working together at its impressive best.”

The circular economy is a perfect fit for the growing electric car industry. New electric cars and their components are already being designed with recyclability in mind, something that didn’t occur to conventional car manufacturers until fairly recently.

Me & My Car: Willys-Knight partnership beneficial for early auto industry – The Mercury News

Auto Review: No explaining why Avalon TRD is so cool – The Times

Apple iPhone 12 series could sell without charger or EarPods |...