Straight to full EV for both the Giulia and Stelvio since Alfa Romeo claims the Giorgio platform on which they are based is not suitable for mild electrification.

It is difficult to determine if this is good or bad news since vocal Alfa Romeo loyalists are fiercely against electrification. Such is the nature of dealing with a brand that was birthed on the racetrack and eventually tailored around enthusiasts in its 110+ year existence. Regardless, that is the next step for the Italian marques luxury sedan and SUV although both models are poised to have their replacements be purely electric.

Unlike the all-new, handsomely styled Tonale which has architectural provisions for hybridisation, the Giorgio platform on which the Giulia and Stelvio are based is not suitable for any form of electrification. Head of Product, Daniel Guzzafame went onto the record to confirm that the two luxury derivatives in the lineup will not be electrified in their current form.

The justification for this is that adapting the current layout of the platform to accommodate the models for a plug-in hybrid powertrain would be too costly. A 48V mild-hybrid would be plausible but the reduction in CO2 would make it negligible in comparison to the greater asking price.

This leaves Alfa Romeo in a catch-22, with European regulation taxing more polluting cars and forcing consumers to opt for other models. Therefore, by 2027, the date in which Alfa Romeo hopes to be fully electrified will most likely include replacements for the Giulia and Stelvio employing purely electric power.

By this date, the Italian automaker has pledged that it will only offer EVs in Europe, China and North America. 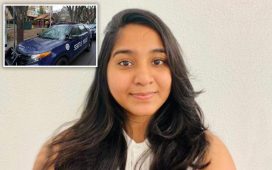