For the first time in many years, the global video game industry is forecast to shrink slightly in 2021, according to a new report from game and esports data firm Newzoo.

It’s kind of a “sky is falling” moment that isn’t exactly something to panic about. The game industry is still on track to surpass $200 billion by 2023, according to Newzoo. But it is the first time since Newzoo started tracking numbers in 2012 that the game industry will contract. The market is expected to hit $175.8 billion in 2021, down 1.1% from $177.8 billion in 2020, said Tom Wijman, market lead for games at Newzoo, in an interview with GamesBeat.

It’s a small decline, but the game industry had a booming year in 2020, and Newzoo believes it will be hard to beat last year’s numbers because of a confluence of different forces, such as the ongoing semiconductor chip shortage and Apple’s push to prioritize privacy over targeting advertising. Overall, he said there isn’t cause for concern about the game industry’s long-term prospects. Figuring out the growth opportunity is what we discussed a lot at our recent GamesBeat Summit 2021 event.

“It is unique, at least in our history, that we project the declining markets for this year,” Wijman said. “While we say the forecast is for the market to decline this year, in the long term, or over more than a few years, there is still very healthy growth for the market. And this year is basically the year where we slightly correct for what was a crazy 2020 for the games market.”

Last year was a unique growth year, as COVID-19-related lockdown measures spurred enormous interest in gaming across all regions and platforms. People who couldn’t go outside or watch sports on TV gave gaming a try, and they played games endlessly.

On top of that, the fourth quarter release of the PlayStation 5 and Xbox Series S|X spurred demand among hardcore gamers and sealed a year of record-breaking growth. Newzoo noted that the game market generated $177.8 billion in 2020, up 23.1% from 2019, the highest growth for the market since Newzoo began tracking revenues in 2012.

Zynga and Activision Blizzard reported stellar quarters, and they’re forecasting good quarters ahead, though they acknowledge some uncertainty.

“It’s really Q2 and Q3 when we expect there to be significant declines in terms of revenues. Those were also the periods last year where we saw unusually high revenues,” Wijman said. “That was particularly unique due to the pandemic. So the fact that the companies now are growing is expected. But in the next two quarters, we expect that companies will be declines.” 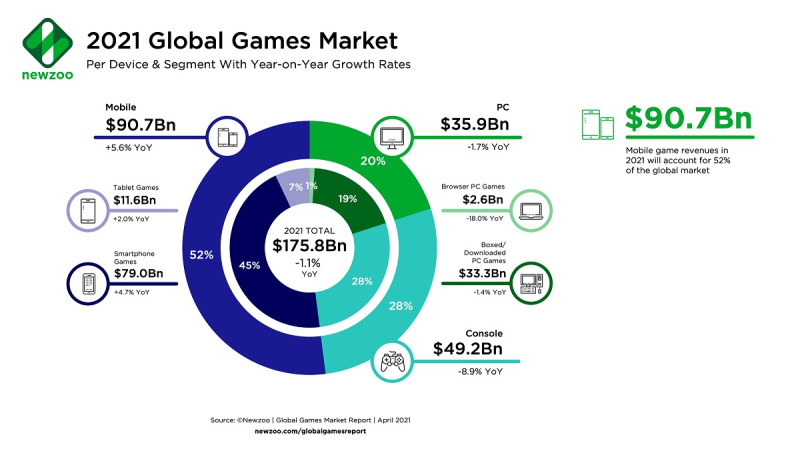 The lockdowns in the first half of 2020 affected nearly everyone’s way of working, and gaming studios were no exception. And many big games have been delayed until later in 2021 or 2022. That will affect the quality of titles that gamers can play — and their enthusiasm for games. On top of that, global supply chains continue to be disrupted by the pandemic and chips that are used in the new game consoles and high-end graphics cards for the PC are in short supply.

Newzoo forecasts the PC games market to decline 2.8% year on year to $35.9 billion in 2021. Of that, $33.3 billion will be spent on downloaded/boxed games, and $2.6 billion will be spent on
browser games. For consoles, Newzoo forecasts the market to decline 8.9% to $49.2 billion, as the after-effects of COVID-19 will shape the console market this year.

Delays in game releases affect development and publishing across the market, but the heavier impact is on games with high production values and large teams working together, typically the AAA
market for console and—to a lesser extent—PC gaming. The lineup of games for next-generation consoles has been impacted by the pandemic and will continue to be disrupted for the rest of the
year, with many releases already pushed to the second half of this year or even 2022.

The negative impact also affects hardware, as global shortages of chips mean a supply shortage for many consumer electronics, key among which are next-generation consoles and components
required for high-end PC gaming. Like the delays in game releases, Newzoo expect the shortage of hardware and components to negatively affect consumer spending on games on PC and console.

Additionally, Newzoo has a clearer idea of what the world will look like once the pandemic is under control, and Newzoo have adjusted the games market forecast accordingly. While it expects a lot of the increased engagement will stick, there will be a short-term return to the levels of engagement and spending of pre-2020 as people enjoy increased freedom and spend their disposable income on non-gaming social activities. 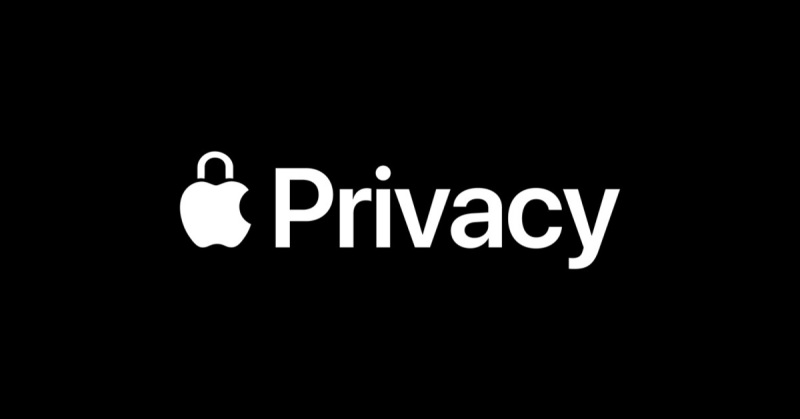 Above: Apple is enforcing tougher privacy rules with iOS 14.

This segment is more than half of the global games market, as the segment is less affected by the effects of COVID-19 than PC and console gaming. For mobile games, the relatively lower complexity of development means that the segment is not as impacted by game delays resulting from changing working conditions.

As for the new gamers who picked up the habit, Wijman said he is optimistic.

“The upside we saw last year is somewhat permanent for the games market,” Wijman said. “And that’s why our forecasts for 2022 and 2023 are higher than they were pre-COVID. That’s mostly because we also believe that many of the people that started playing games will continue to play. Even with that, though, the forecast for this year is a small decline. We do take that into account.”

However, Apple’s removal of the IDFA is looming over the market, which will disrupt how many mobile game companies measure the success of their marketing campaigns. With iOS 14.5 launched last week, Apple has made it much easier for consumers to opt-out of being tracked for ad purposes. Without the user-tracking data that IDFA provides, game companies will have a harder time finding users who spend money.

The brunt of the impact of this change will fall on the part of the mobile games market monetized through ads (which is not in Newzoo’s scope, as it looks at revenues generated through consumer spending) and games that are heavily reliant on precise user targeting. Newzoo also also expects an impact on user acquisition and marketing performance measurements that successful mobile
publishers rely on to perfect their strategy, but this will be overshadowed on a global scale by other underlying growth drivers.

For example, a significant part of mobile games’ revenue growth comes from China, where Tencent and NetEase’s ecosystems are strong without IDFA. This reliance on first-party player data is just one way mobile developers and publishers can work around the removal of IDFA. Newzoo is confident that mobile developers will be able to adjust to the new regulation and resume a path to growth fairly quickly, which is why it has a positive outlook for mobile gaming in 2021 and the years beyond.

Above: Public offerings of game companies took off in Q1 2021.

The games market will continue to grow in the following years, exceeding $200 billion at the end of 2023. By then, Newzoo forecasts the games market to grow with a 7.2% compound annual growth rate (CAGR) between 2019 and 2023 to $204.6 billion. To illustrate that 2021 is a mere speedbump in the continued growth of the games market, Newzoo revisited the games market revenue forecast it published in April 2020, when the effect of COVID-19 on the games market was just becoming clear.

Will Newzoo’s forecast be enough to end the party? More than $39 billion flowed into games in the first quarter, compared to $33 billion for all of 2020, according to InvestGame, which measured investments, acquisitions, and public offerings.

While that outlook then was steady growth toward 2023, the impact of COVID-19 on the games market meant that a lot of that growth was frontloaded in 2020. This year will be a corrective year; even with a slight decline, the forecast for 2021 is still above what it was 12 months ago. Looking ahead, Newzoo forecasts the games market in 2023 to generate $204.6 billion, almost $4 billion above the forecast 12 months ago.

Mobile gaming will be the fastest-growing segment over the coming years, though console gaming will carry that title for 2022 when the release schedule is overloaded due to delays and more people being able to purchase the new consoles.

Wijman pointed out that some growth markets like Latin America have slowed down. Overall, Newzoo follows the global economic forecasts of the International Monetary Fund, and it will have a moderate effect on games.