Suzuki has provided a first look at its maiden electric car with the eVX concept, an S-Cross-sized crossover aiming to “carry forward the brand’s 4×4 legacy”.

Revealed at Auto Expo 2023 in Delhi, India, the concept car features a 60kWh battery, allowing it to drive 550km (342 miles) between recharges, according to the Indian MIDC test cycle.

Few details have been officially confirmed, but the crossover’s high ground clearance and 4×4 billing hint at it majoring on off-road capability.

Company president Toshihiro Suzuki told reporters at the show that it is learning more about electric cars from strategic partner Toyota, which last year launched its first EV, the bZ4X crossover.

The bZ4X – offered in two- and four-wheel-drive variants – is twinned with the Subaru Solterra, which offers impressive off-road performance. That’s helped by a ‘Grip Control’ low-speed cruise control system that can do all the hard work for the driver when the going gets mucky. 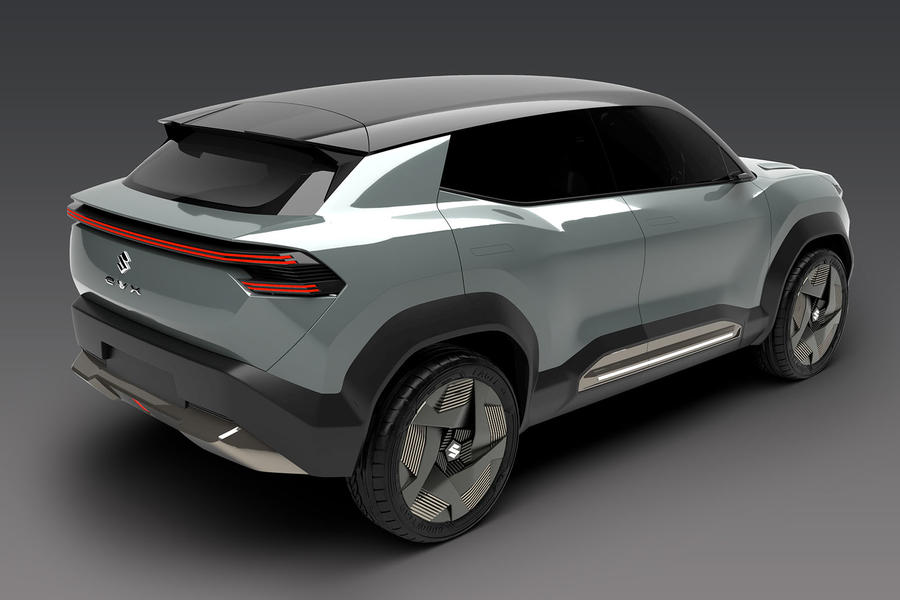 However, Suzuki’s budget-friendly positioning means that a single-motor, two-wheel-drive powertrain is expected to feature in the bulk of the model’s variants. It is likely to be priced at around £30,000 to compete with the next-generation Citroën C3 and the MG ZS EV.

The production eVX – slated for launch by 2025 – is likely to use a two-speed gearbox made by Canadian firm Inmotive, with which Suzuki yesterday announced a joint-development agreement. The two companies will work to develop the ‘Ingear’ transmission, claimed to be the world’s most efficient two-speed gearbox, capable of improving acceleration and range by up to 15%.

Toshihiro Suzuki said: “I am delighted to unveil the eVX, our first global strategic EV. At the Suzuki Group, addressing global warming is a priority. We are promoting a range of global measures to reduce greenhouse gas emissions.