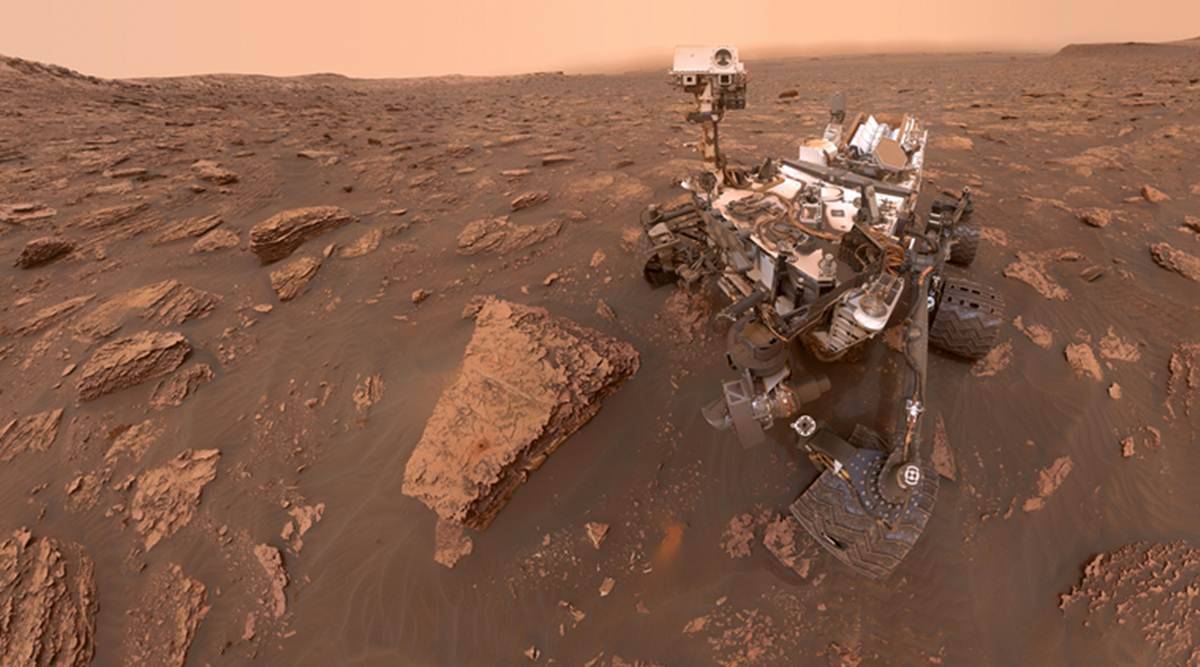 In a NASA photo, a self-portrait taken by NASA’s Curiosity rover at the Gale Crater, at the center of which stands Mount Sharp, a 3.4-mile-high mound, June 15, 2018. Mars, it appears, is belching a large amount of a gas that could be a sign of microbes living on the planet today. (File Photo: NASA/JPL-Caltech/MSSS via The New York Times)

Mars has always intrigued scientists for its possibility to sustain life. Now, a research study published in Scientific Reports earlier this month suggests that around four billion years ago floods of unimaginable magnitude washed through Gale Crater on Mars’ equator. The research findings were ascertained from the data collected by NASA’s Curiosity rover.

Scientists from Jackson State University, Cornell University. the Jet Propulsion Laboratory and the University of Hawaii put their heads together to come to this conclusion. The findings hint that Mars was capable of sustaining life a long time ago. The megaflood event may have been the result of heat produced by a meteoric impact. The series of events let loose the ice stored on Mars’ surface which led to gigantic ripples.

The co-author of the study, Alberto G. Fairén said that detailed sedimentological data was the key to the new discovery and the reason why it did not come to light was due to the “deposits left behind by megafloods had not been previously identified with orbiter data.”

According to the lead author Ezat Heydari, the “megaripples” or “antidunes” were 30 feet high and about 450 feet apart. Scientists were able to draw parallels between the events that happened on Earth and the Red Planet as well. Heydari believes these features were formed by melting ice on our planet nearly two million years ago.

It is plausible that a large amount of carbon dioxide and methane was released from the planet’s frozen reservoirs as a result of the meteoric impact. This led to water entering the Gale crater which later combined with the water coming down from Mount Sharp that is situated inside it and 5.5 km high from the valley floor. The chain reaction led to gigantic flash floods on the planet, the magnitude of which is still uncertain.

Gale crater has always fascinated the scientists as the Curiosity rover science team has already confirmed that it was once home to persistent lakes and streams. This research puts a stamp on the possibility of supporting microbial life on the fourth planet of our solar system.

“Early Mars was an extremely active planet from a geological point of view,” Fairén said. “The planet had the conditions needed to support the presence of liquid water on the surface – and on Earth, where there’s water, there’s life.”