DETROIT (WXYZ) — Car thefts in Detroit are on the rise, according to annual crime statistics. In 2022, the amount of vehicles that were reported stolen jumped by 45%.

“It just isn’t a simple vehicle — it was a nonprofit vehicle,” said Charmane Neal, who lives on Detroit’s east side.

Neal says it was a shock to wake up to the vehicle gone. It happened in September of 2022. The crime was caught on Neal’s Ring doorbell camera.

“It was a total loss and just very hurtful,” Neal said.

Neal says she called it the Hey Y’all Detroit van, named after her nonprofit that delivers groceries and school supplies to people in need.

Neal says the van was actually recovered five blocks away but couldn’t be salvaged.

“They took the steering column, the catalytic converter, a bunch of stuff from up under the hood and up under the vehicle so obviously, we had to tow it.” The ignition was messed up and I believe they took an airbag,” Neal said.

According to the Detroit Police Department crime stats, 9,761 vehicles were reported stolen in 2022. This is a 45% jump from the year prior.

Police Chief James White says it is something they hope to address in 2023.

“We have to be aware, not nervous or scared, but aware of how our safety is affected by the bad acts of others,” White said.

Neal says one neighbor on this street had her car broken into six times. She claims another neighbor also had her car stolen.

“We pay taxes, we pay DPD to protect us, I am willing to have a conversation, whatever it takes to get more of them patrolling our streets,” Neal said.

White says they intend to increase street patrols, but he also is asking for help from the public.

“We don’t want folks being vigilantes. We don’t want people taking matters into their own hands. But we want you to communicate with the police department and bring things to our attention,” White said.

Police say to avoid becoming a victim of car theft, you should park your cars in well-lit areas, use a steering wheel lock and make sure you have an audible alarm system. 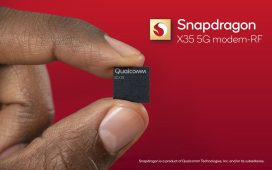