BlackBerry’s back—all right! After TCL terminated its partnership with BlackBerry in February, wireless watchers worried that the storied name—and keyboarded smartphones in general—would vanish from the market. Today, a new company called OnwardMobility says it has made a deal with the BlackBerry software company to use its name and intellectual property to create a new keyboarded Android smartphone, coming to the US and Europe in 2021.

“We really see a need for a 5G BlackBerry, Android smartphone with a physical keyboard and being a flagship device,” said Peter Franklin, CEO of OnwardMobility.

BlackBerry is a powerful brand with a rocky legacy. The keyboarded phones were popular through the early ’00s both for critical business and for message-crazy teens, but the company foundered on the switch to finger-friendly touch-screen interfaces and easy-to-use app stores after 2010.

In 2016, BlackBerry—now an enterprise software company—licensed its name and IP to TCL to make a string of BlackBerry-branded Android phones including the KeyOne, Key2 and Key2 LE (shown above), which were decent devices but didn’t make a huge impact on the market. TCL said in February that it would end sales of its BlackBerry-branded phones this August.

That left BlackBerry looking for a North American partner, and Franklin’s OnwardMobility stepped up.

“I’ve always been an avid BlackBerry fan. A lot of the team has. I saw a growing need for security and productivity in the mobile space, especially [among] enterprises and governments who care a ton about security without compromising productivity. The team really rallied around the idea of the most secure phone, and we presented this vision to BlackBerry,” he said.

The new BlackBerry fills a niche that isn’t being served by any other manufacturer on US carrier shelves right now. TCL was the last company selling QWERTY-keyboarded devices through carriers; without them, the only keyboarded smartphone you can get in the US right now is the unlocked Unihertz Titan. (There’s a UK company selling a keyboarded phone called the Fxtec Pro1, but it appears to be massively backordered.)

Franklin wouldn’t tell me much about the new BlackBerry’s design or specs, but he gave some hints. The phone will be a “global flagship” running Android. It will be “competitively priced.” It will have both sub-6GHz and millimeter-wave 5G, “across carriers and across carrier bands.” It will have a “top-end camera” and run Android apps, plus BlackBerry’s security software. He’s working with US carriers to sell it.

“Our goal really is to enable security as seamlessly as possible,” Franklin said. “Some of these features and functionalities have not been available to consumers in the past. You don’t need a huge IT department to benefit from our features.”

With Google controlling so much of Android and being a giant data vacuum, I asked Franklin about whether his phone could protect users against Google, but he didn’t bite; he said more details would come out later.

In terms of the keyboard, he said the classic Bold 9900 was his favorite BlackBerry.

“To me, the keyboard is one of those things where your brain subconsciously picks up on very minute differences between devices,” he said. “It’s paramount to me that … we have a great experience and a great feel both for the tactility of the keyboard, and how the keys respond and feel.”

Who Are These People?

I’m a little concerned about OnwardMobility because the CEO doesn’t have a mainstream mobile pedigree. Franklin’s background is in business software, and according to his LinkedIn, he’s had roles in eight companies in the past seven years. The company is based in Austin, and it’s using FIH to make the phones. FIH is owned by Foxconn and also makes HMD’s Nokia-branded phones. The HMD phones are good ones, so that bodes well.

The company’s key product staff largely seems to have ties to Sonim. Jeff Pon, the SVP of operations, was at Sonim for 11 years. The EVP of sales was Sonim’s CMO for three years. The SVP of Product, Pam Norris was Sonim’s VP of product management before moving to Huawei. 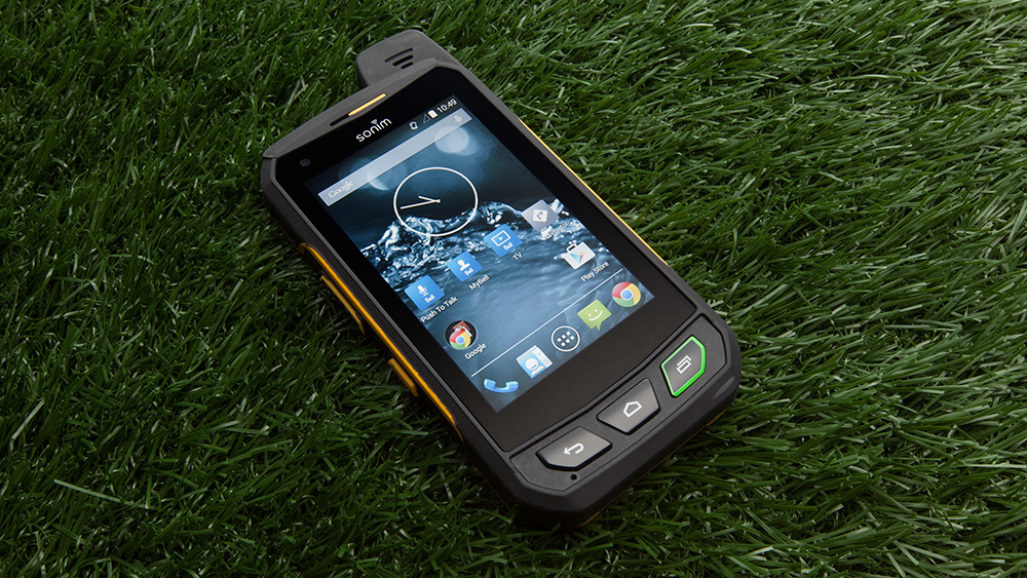 That’s somewhat encouraging; Sonim’s market overlaps a lot with a potential BlackBerry market. The maker of super-tough phones largely sells them to large business and industrial customers, but it also has products at all three major US carriers. So OnwardMobility’s legion of ex-Sonimites will have the relationships to potentially make this work.

Franklin says the new BlackBerry will come out in the US, Canada and Europe in the first half of 2021.