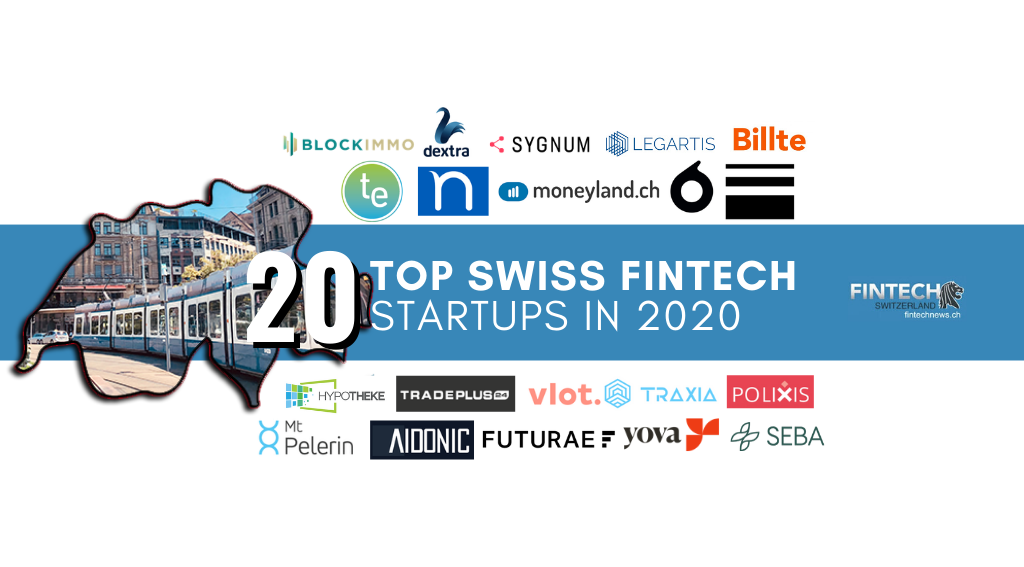 Most of these ventures are either fairly new or have remained in the dark, at least on the global scene. These include for example Hypotheke.ch, a new platform by asset manager Vermögenspartner, which allows users to find the best mortgage offers. Aidonic, a blockchain startup founded in 2018, specializes in social fundraising. Legartis, a Swiss legaltech startup founded in 2017, provides artificial intelligence (AI)-based solution to make legal document analysis convenient and efficient by allowing companies to identify, classify and understand contracts within seconds. (Legartis just won the Swiss Fintech Awards 2020 in the category early stage startups)

Besides the fairly newcomers, some have been operating for quite some time. Dextra, for example, was founded in 2012 and claims to be Switzerland’s only legal protection insurance company. And Polixis, a company founded in 2012 as well as, is a regtech and advisory firm that serves Tier 1 global banks.

In terms of funding, just a few of them have actually raised external capital. Amongst the list, SEBA Bank has raised the most funding at US$104 million. SEBA Bank is followed by Tradeplus24 (CHF 103.5 million), Futurae (CHF2.1 million), and Nummo (US$1.9 million).

This year’s list includes eight startups operating in the blockchain/crypto space. These include Sygnum, which claims to be the world’s first digital asset bank, Tokenestate, a startup developing a blockchain-powered investment platform, SEBA Bank, a licensed and supervised Swiss bank that supports both digital and traditional assets, and Blockimmo, a startup developing a blockchain-powered platform for real estate tokenization.

Insurtech is represented next to Dextra also by Vlot, which provides a fully-fledged digital value chain which streamlines the customer journey/experience, and personal finance management is represented by Moneyland.ch, a leading financial comparison platform, and Nummo, a consumer financial aggregation application.

Other noteworthy startups that made the list this year include wealthtech platforms Clear Minds and Yova, as well as Billte, a startup that specializes in the digitalization of invoice for companies and consumers, and Orca, a digital safety deposit box designed to manage customers’ wealth, life and legacy. 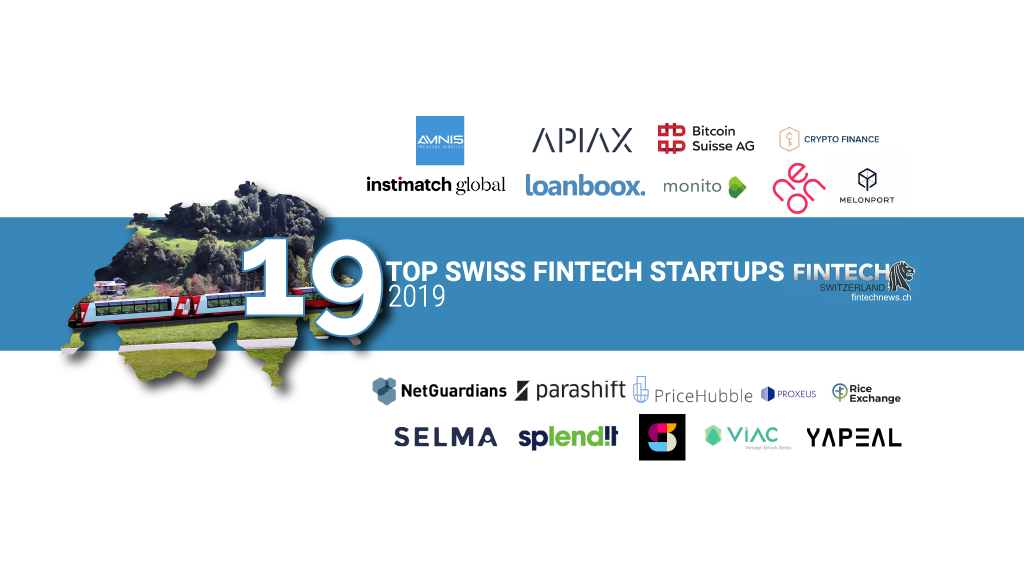 Top 19 Fintech Startups in Switzerland from 2019

Most of these startups have grown tremendously over the past year, with several of them gaining global recognition, reaching considerable scale, and raising additional funding.

Apiax, a regtech startup, completed a $6.6 million Series A funding round in October which it said will be used to support its global growth plans. Apiax was named Startup of the Year at the Swiss Fintech Awards in March.

PriceHubble, a proptech startup that uses machine learning to offer insights and bring transparency into real estate markets, continued expanding geographically in 2019, and launched in partnership with Izimmo in June a new solution that allows developers to access to latest market trend in an ultra-intuitive digital interface.

Crypto Finance, which provides blockchain-related services, expanded to Asia in September. And Instimatch Global, a peer-to-peer (P2P) lending platform, saw its international money markets network grow to 80 in H2 2019, up 50% compared to H1 and just won the Swiss Fintech Awards 2020 in the category growth stage.

People really DO want to be kind to each other even...