Home Security Netflix Will Only Stream 4K to Macs With T2 Security Chip –...

This site may earn affiliate commissions from the links on this page. Terms of use. 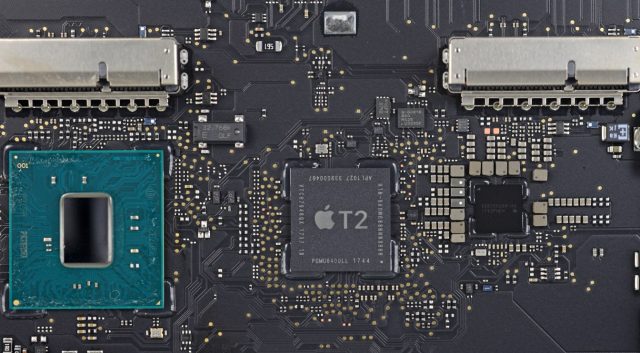 There aren’t a lot of practical differences between Macs and PCs in formal hardware support these days, so I was surprised to read Netflix apparently won’t stream in 4K to an Apple computer. PC owners had this problem a few years back when streaming 4K required a compatible display, Windows 10, a compatible browser (Edge-only), and an approved video card. While you obviously still need a panel that can handle the resolution, modern embedded and discrete GPUs support 4K streaming. This kind of concern has faded out a bit for PC users. On the Mac side? Still a problem.

Netflix and Apple are delivering the solution to that problem with Apple’s Big Sur OS update, but only to models with a T2 security chip installed. This is going to substantially limit the number of systems that can play 4K material. According to Apple’s support document, a lot of Mac systems lack a T2 processor: 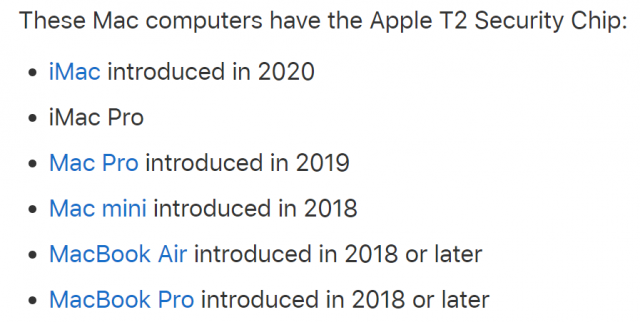 The strange thing about the T2 requirement is that there’s no equivalent mandate on the Windows side of the equation. When Netflix first released PC 4K streaming support it required a 7th-Generation Intel CPU to enable. AMD chips later added support as well. The 2019 iMac offered features like a 5K display and a 9th gen Intel CPU. In theory, it’s both the kind of machine you want to watch 4K content on and ought to be fully capable of handling the task. In fact, Mac users have been getting around this restriction in their own operating system by loading Windows 10 and Microsoft Edge to watch 4K content that way, proving there’s nothing intrinsic about the Mac’s hardware that prevents it from satisfying Netflix’s 4K requirement.

Apple appears to have chosen to implement HDCP 2.2 support through the T2 processor rather than using the baked-in support on Intel chips. If I had to guess, I’d wager the company will put a push behind 4K streaming as a feature of its upcoming, ARM-based systems. So long as Apple was using x86 hardware, it could foist the responsibility for providing 4K support off on Microsoft and tell its own customers to use a VM or a separate partition for a Windows installation if they really wanted 4K streaming, or to buy an Apple TV. The oldest PCs that can support Netflix streaming in 4K are about four years old. The iMac Pro (late-2017) is three years old, but most of the platforms that support 4K on Mac are two years old or less.

The best argument for why 4K streaming probably isn’t that important to Mac users is this: Since they’ve never had it, they probably won’t miss it. That’s… kind of a crappy argument, to be honest. It also ignores the fact that some Mac users may have avoided the T2 security processor into 2019 specifically for the problems it causes (or caused) when USB audio devices were also connected to the system. Even if Apple has since resolved that issue (it isn’t clear if they have), that’s not going to help anyone who picked a Mac without that chip specifically because they needed to do audio processing and didn’t want the headache it introduces.

The good news, I suppose, is that Mac owners today with hardware that satisfies Netflix’s 4K Windows streaming requirements can still use the feature by dropping Win 10 into a VM or installing it directly. Once Big Sur and Apple’s own ARM hardware are in-market, the systems will also presumably support 4K out of the box. As for Mac owners who don’t have T2 security chips but bought hardware that should support for 4K streaming in every other respect, you have our sincere condolences. Apple has decided that you aren’t worth supporting as a customer. While you bought hardware that’s perfectly capable of 4K, you didn’t buy the right hardware. Your punishment is to use Windows or pony up a few thousand bucks so your otherwise perfectly usable computer can play 4K video using Apple-approved silicon.

Privacy and Security Tools For Internet Users: Interview with Nathan Varty, the CEO of SpiderDAO. – TechBullion