The boost Netflix has received from lockdown life has come to an end.

The video streaming group added only 2.2m subscribers from July to the end of September — well below the 16m and 10m subscribers it added in the first and second quarters, respectively.

Netflix further warned that “as the world hopefully recovers in 2021”, subscriber additions were “likely to be down” in the first half of next year, compared with 2020.

Wall Street analysts had anticipated Netflix’s growth spurt to slow in the third quarter as lockdown restrictions eased and some live sports returned. They also raised concerns that blowback over Cuties, a Netflix original film that some conservative politicians censured as “child pornography”, could prompt customers to cancel their subscriptions.

Still, Netflix shares slipped more than 6 per cent in after-hours trade on the tepid results, which missed analyst forecasts for 3.6m new subscribers and Netflix’s own guidance for 2.5m.

The group’s shares have soared more than 60 per cent this year, as the coronavirus pandemic and stay-at-home era helped to power its fastest subscriber additions ever, making it one of the biggest winners of the lockdown economy.

Ross Benes, an eMarketer analyst, said the results highlighted Netflix’s saturation in the US, its largest market.

In the three months ending in September, Netflix added only 180,000 subscribers in the US and Canada. Instead, the main source of growth in the quarter came from the Asia-Pacific region, where it added 1m subscribers.

Netflix has repeatedly warned that its coronavirus bump was temporary. Still, the streaming pioneer’s rip-roaring results this year had quieted sceptics of its debt-driven growth strategy. 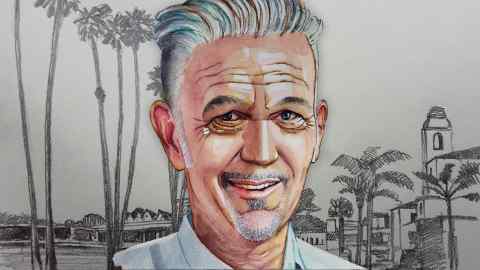 Analysts said the shutdown of cinemas and dearth of new television shows or live sports had pushed audiences further towards video streaming as their main source of at-home entertainment.

Netflix, which had previously issued billions of dollars a year in debt to fund a content splurge, told shareholders on Tuesday that its “need for external financing is diminishing” and that it did not plan to tap debt markets this year.

Revenues in the quarter ending in September jumped 23 per cent from the same period last year to $6.4bn, just above analysts’ forecasts. Net income rose to $790m, from $665m a year ago.

Netflix and its peers across Hollywood have been hampered by the pandemic, which shuttered production for most of the spring and summer.

The company on Tuesday said it had made “good progress” on restarting production, having started filming the next season of the science-fiction horror series Stranger Things, and the film Red Notice, starring Dwayne Johnson and Gal Gadot. Netflix expects to complete shooting hundreds of productions by the end of the year.

Culture warriors unite: GB News has something for everyone

Let’s celebrate TV’s winners (me!) rather than pat ourselves on the back for diversity | Romesh Ranganathan