Home Autos Natural Gas As A Bridge Fuel To The Future? Not Anymore –... 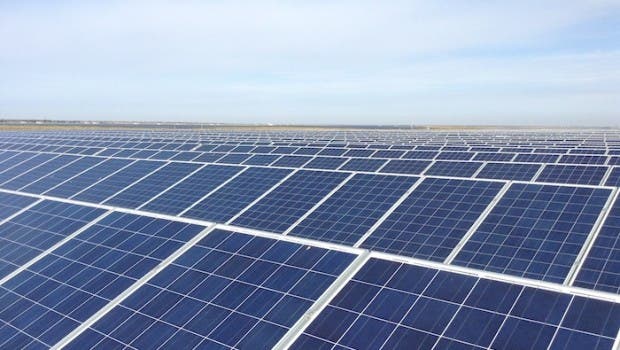 There was a time not so long ago when EV advocates assumed plug-in hybrids would be the bridge technology between conventional cars and battery electrics. The thinking was that battery prices would remain so high that fully electric cars would take a long time to go mainstream. But a funny thing happened on the way to the EV revolution. Battery prices dropped faster than anyone thought possible, weakening the case for plug-in hybrids to the point where today many people smile at the idea of PHEVs. 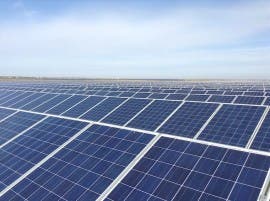 Something similar is happening in the utility industry. For a long time, it was assumed renewables would become ascendant one day but in the meantime, new gas-fired peaker plants would be needed because, you know, the wind doesn’t always blow and the sun doesn’t always shine. For a while that was true, but once again a funny thing happened on the way to the renewable energy revolution. The costs of solar and wind farms plummeted along with the cost of battery storage. Now, according to PV Magazine, several US utilities are saying “no thank you” to new gas-fired generation.

Here’s the latest news. Last week, utilities in Arizona, Colorado, and Florida announced plans to close one or more coal plants and replace them with renewables without building new gas-fired generating stations to take up the slack. Meanwhile, the New Mexico Public Regulation Commission recommended a gas-free transition when assessing the future capacity needs of the Public Service Company of New Mexico.

In addition, Tucson Electric Power and Colorado Springs Utilities both outlined plans to skip the “natural gas as a bridge fuel” narrative as they transition away from coal in their resource plans. TEP plans to close all its coal generating facilities by 2031 and replace them with 2,457 MW of new wind and solar power backed by 1,400 MWh of battery storage.

CSU says it will take all its coal power plants off line and replace them with 500 MW of wind, 150 MW of solar, and 400 MWh of battery storage. It will use gas generators temporarily while it decommissions its 208 MW coal-fired Drake power plant in 2023. Once the shutdown is complete and the renewable resources are in place, the gas turbines will be uninstalled.

In Florida, Jacksonville’s municipal utility JEA and Florida Light & Power are joint owners of the largest remaining coal-fired generating station, Unit 4 of the Scherer plant. They plan to rely on existing natural gas and new solar generation to retire that facility under the terms of a 10-year power purchase agreement. At the end of the period, JEA can opt to switch over to all solar power.

The Institute for Energy Economics and Financial Analysis says, “Up until recently, the easy option for utilities would have been to propose using gas to replace coal. But not any longer. Rising concerns about climate change and continuing reductions in wind, solar and battery storage costs coupled with improved performance have altered the playing field.”

This is all good news for clean energy advocates. The idea that natural gas, most of which is derived from fracking, was never a “bridge fuel.” That was an invention of the natural gas industry which has powerful friends at all levels of the federal and many state governments. But gas is being done in by low prices for renewables and storage, which is precisely how capitalism is supposed to work. Now to eradicate the torrent of money the industry receives from federal and state subsidies. That fight is not over yet, but the end game has begun.

Electric cars to make up a third of all vehicle sales by 2030, says study – NZME