Having exited the heliosphere – the protective bubble of particles and magnetic fields created by the Sun, NASA’s Voyager 2 in a probe found that the density of space increased as it receded away from the space. The spacecraft was sent on the interstellar mission in space one year ago on Nov. 5, 2018, and became NASA’s second spacecraft to leave the heliosphere with five operating science instruments to dispatch information on Earth. As Voyager-2 went approximately 11 billion miles (18 billion kilometers) from Earth, beyond the orbit of Pluto, it confirmed that the plasma in local interstellar space got significantly denser, according to NASA’s release.

However, it wouldn’t be the first time that Voyager 2 entered the heliosphere, apparently, Voyager 1 made it to the edge of the heliosphere in 2012 as it conducted two probes to help scientists understand how far this boundary was located from the sun. Although, many such key details had remained a mystery. The two probes were held at Sun’s period of high and low activity, with a difference of approximately 11-year solar cycle. While Voyager-1 had exited the heliopause, an edge of heliosphere known to the scientists, Voyager-2 didn’t exit the undisturbed interstellar space amid the probe. “Voyager 2 appears to be in a perturbed transitional region just beyond the heliosphere,” NASA informed, indicating that the spacecraft had reached beyond Pluto. 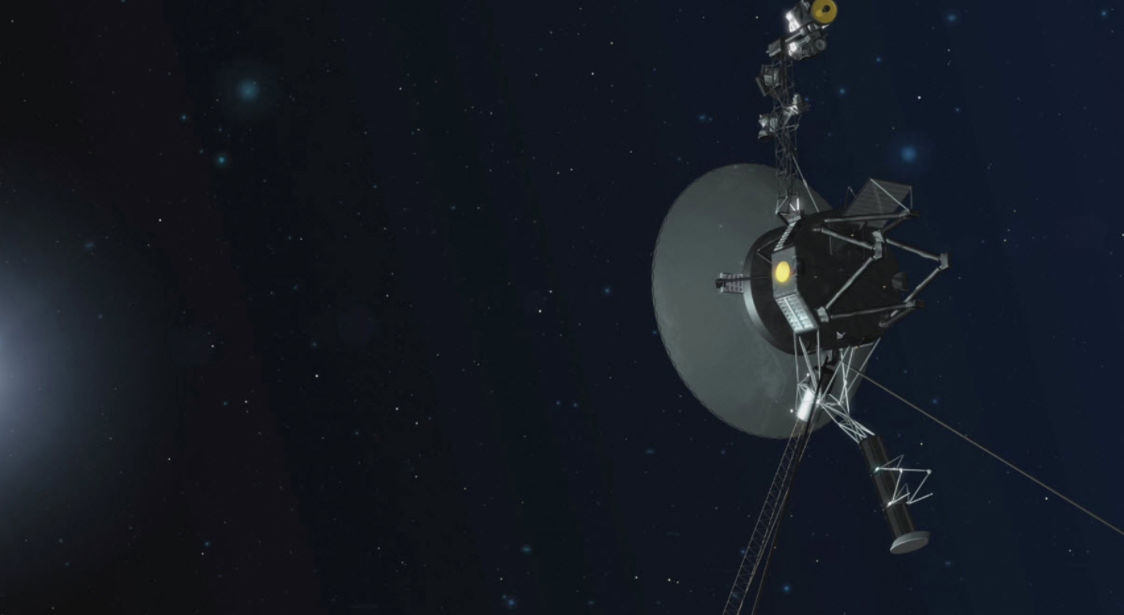 [An artist concept depicting one of NASA’s twin Voyager spacecraft. Humanity’s farthest and longest-lived spacecraft are celebrating 40 years in August and September 2017. The Voyager spacecraft were built by JPL, which continues to operate both. Credit: NASA/JPL/Caltech] 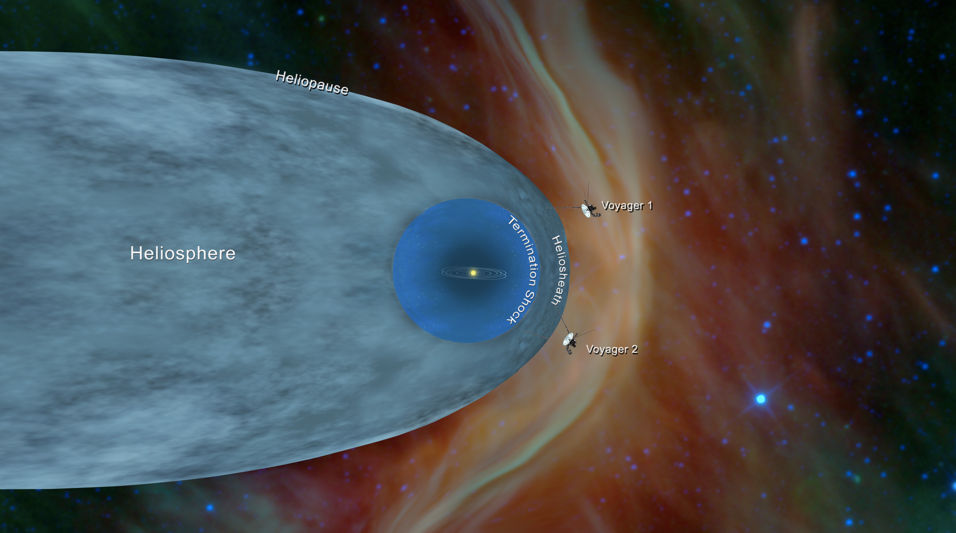 [This illustration shows the position of NASA’s Voyager 1 and Voyager 2 probes, outside of the heliosphere, a protective bubble created by the Sun that extends well past the orbit of Pluto. Credits: NASA/JPL-Caltech] 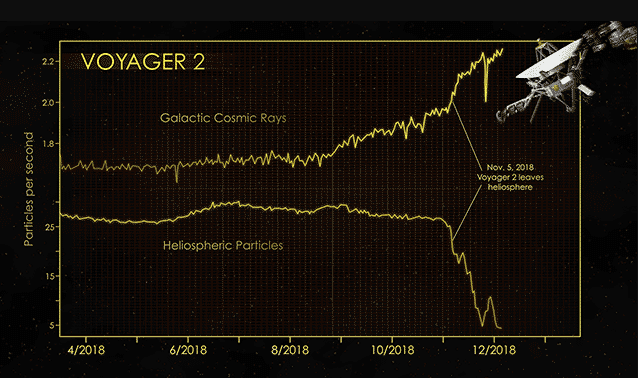 [At the end of 2018, the cosmic ray subsystem aboard NASA’s Voyager 2 spacecraft provided evidence that Voyager 2 had left the heliosphere. There were steep drops in the rate of heliospheric particles that hit the instrument’s radiation detector, and significant increases in the rate of cosmic rays. Credits: NASA/JPL-Caltech/GSFC]

In its probe, NASA’s Voyager-2 measured the temperature of the plasma and the density in this perturbed interstellar space. Scientists received information that the temperature of the plasma in interstellar space was much colder and denser. Interestingly, according to the NASA scientists, while Voyager 1 observed a slightly higher-than-expected plasma density outside the heliosphere, the Voyager-2 found this mysterious region to be warmer compared to the measurement of Voyager-1. “Voyager 2 also observed a slight increase in plasma density just before it exited the heliosphere, indicating that the plasma is compressed around the inside edge of the bubble,” NASA’s release read. However, scientists haven’t yet been able to discover the cause of the compression that led to this density.

Shark attacks 2020: Climate change could be responsible for increase in shark attacks

The Human Cosmos by Jo Marchant review – learn from the stars