Keeping their tradition alive of launching a new graphics architecture every two years, this year, NVIDIA introduces its Ampere GPU. The Ampere GPU is built upon the foundation set by Turing. Termed as its biggest generational leap, the NVIDIA Ampere GPUs excel compared to previous generations at everything.

The Ampere lineup offers faster shader performance, faster ray tracing performance, and faster AI performance. Built on a brand new process node and featuring an architecture designed from the ground up, Ampere is a killer product with lots of numbers to talk about.

The fundamental of Ampere was to take everything NVIDIA learned with its Turing architecture and not only refine it but to use its DNA to form a product in a completely new performance category. Tall claims were made by NVIDIA when they introduced its Ampere lineup earlier this month & we will be finding out whether NVIDIA hit all the ticks with its Ampere architecture as this review will be your guiding path to see what makes Ampere and how it performs against its predecessors. 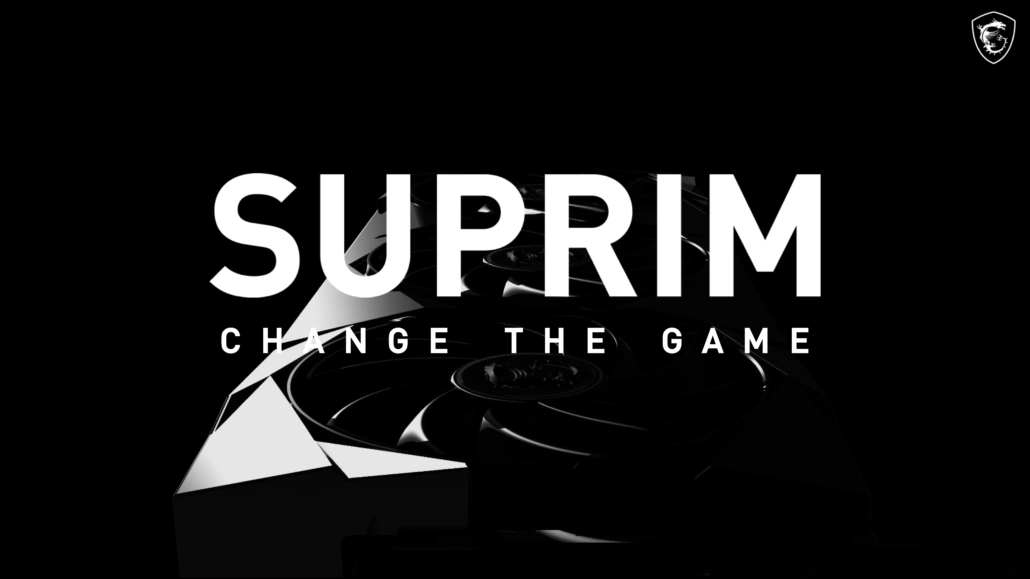 Turing wasn’t just any graphics core, it was the graphics core that was to become the foundation of future GPUs. The future is realized now with next-generation consoles going deep in talks about ray tracing and AI-assisted super-sampling techniques. NVIDIA had a head start with Turing and its Ampere generation will only do things infinitely times better. 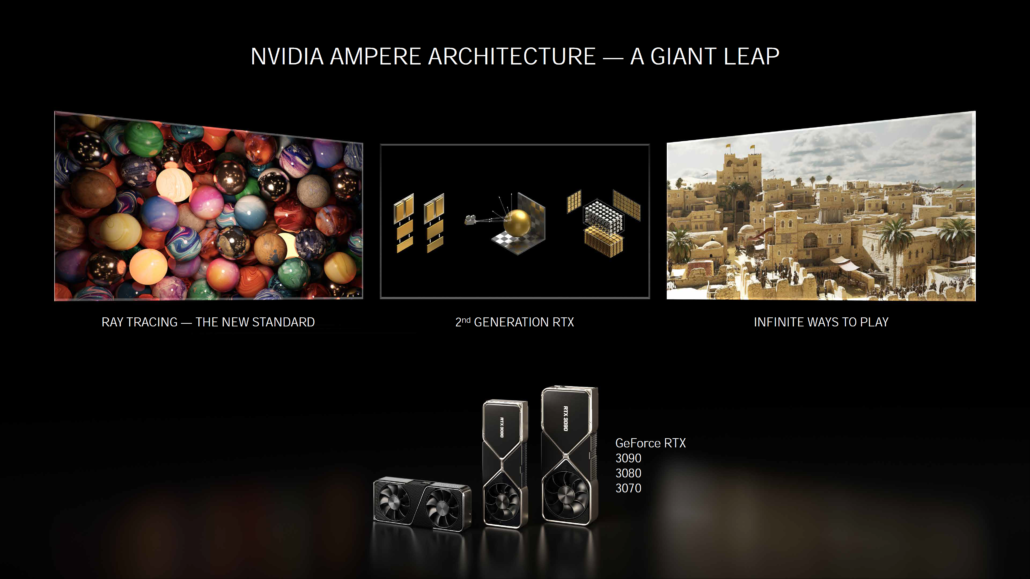 The Ampere GPU does many traditional things that we would expect from a GPU, but at the same time, also breaks the barrier when it comes to untraditional GPU operations. Just to sum up some features: 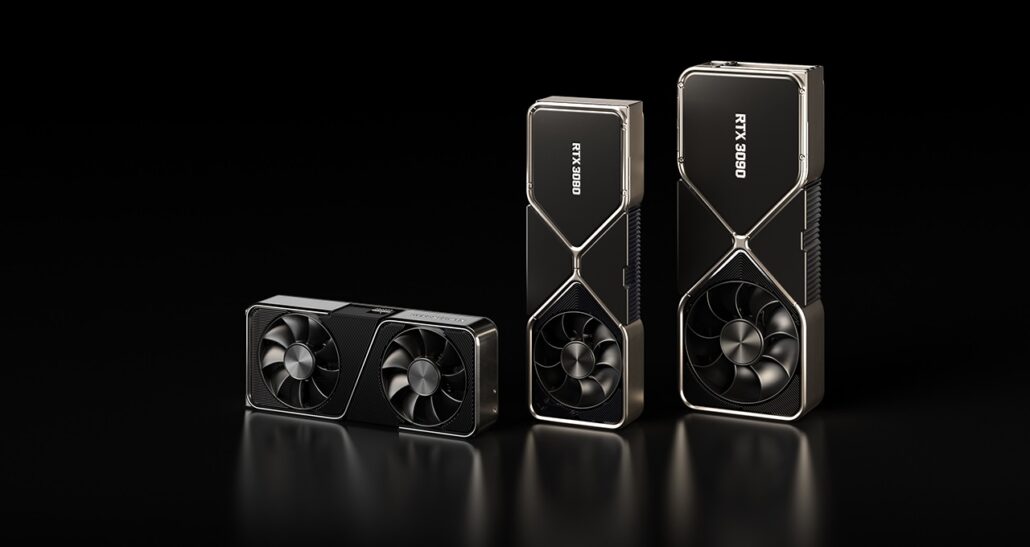 The technologies mentioned above are some of the main building blocks of the Ampere GPU, but there’s more within the graphics core itself which we will talk about in detail so let’s get started.

In addition to the specs/price update, NVIDIA’s RTX technologies are being widely adopted by major game engines and APIs such as Microsoft’s DirectX (DXR), Vulkan, Unreal Engine, Unity, and Frostbite. While there were only three RTX titles around the launch of the RTX 20 series cards, NVIDIA now has at least 28 titles that utilize their RTX feature set to offer real-time ray tracing with more coming soon.

In addition to that, with the upcoming consoles confirmed to feature ray tracing, developers can also make use of the RTX technology to fine-tune future games for the GeForce RTX hardware. Currently, NVIDIA has 13 game engines that are leveraging their RTX technologies for use in their upcoming and existing games while both Vulkan and DirectX 12 Ultimate APIs are part of the RTX ecosystem on the PC platform. 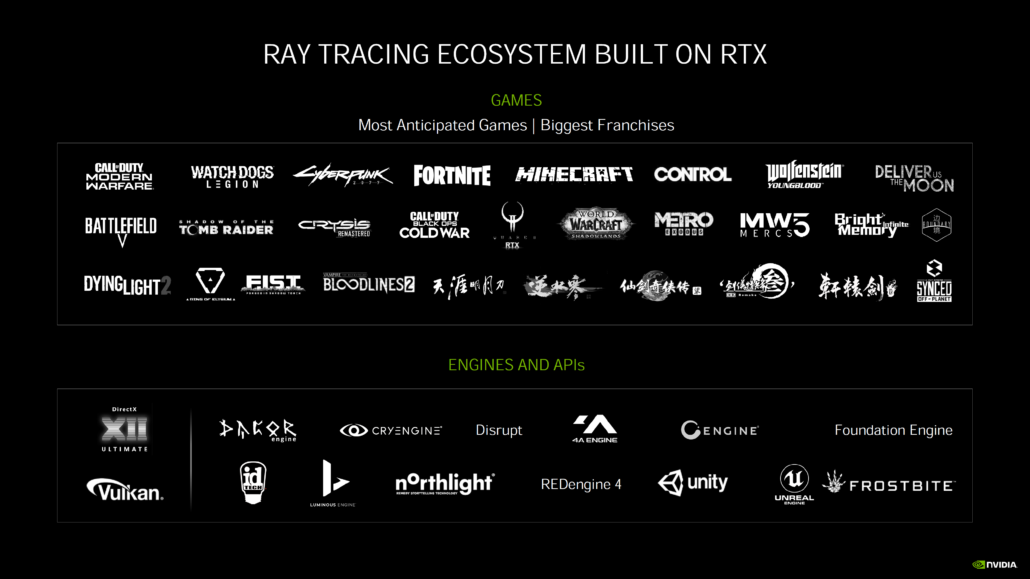 The NVIDIA GeForce RTX 3090 is a force to be reckoned with. It takes the throne of the fastest PC gaming graphics card with nothing coming even close to it. It’s surprisingly much faster than the GeForce RTX 2080 Ti which is its Turing based predecessor but just being fast isn’t enough for a card of this scale or price. The GeForce RTX 3090 carries more cores, more than 2x the memory, higher performance efficiency, and also carries next-generation ray-tracing and tensor cores that make this a truly next-generation graphics card.

NVIDIA designed the GeForce RTX 3090 not just for any gamer but all gamers who want to have the best graphics performance at hand to power the next-generation of AAA gaming titles with superb visuals and insane fluidity. It’s not just the FPS that matters these days, it’s visuals, and a smoother frame rate too and this is exactly what the GeForce RTX 30 series is made to excel at. There’s a lot to talk about regarding NVIDIA’s flagship Ampere gaming graphics cards so let’s start off with the specifications. 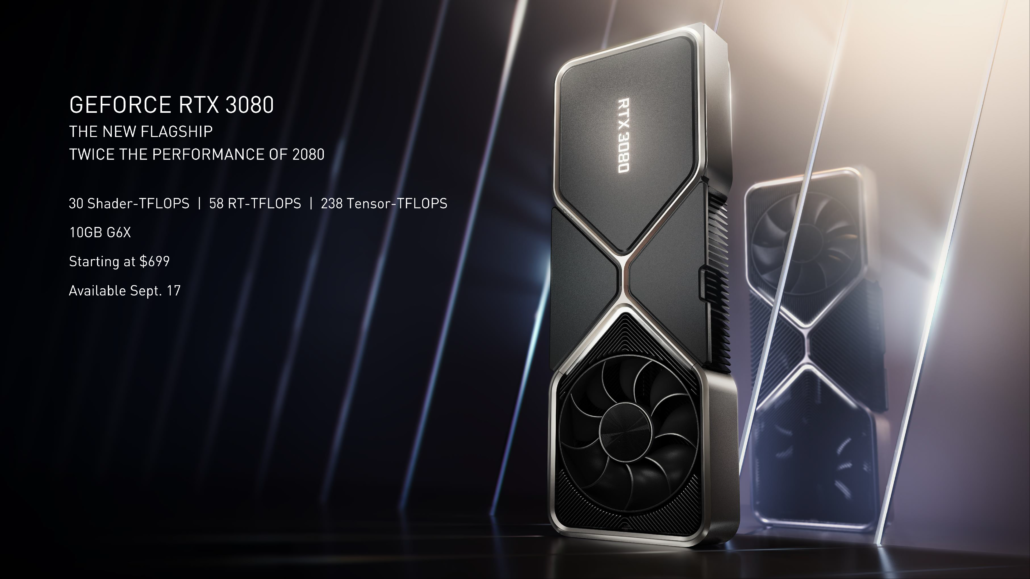 At the heart of the NVIDIA GeForce RTX 3090 graphics card lies the GA102 GPU. The GA102 is one of the many Ampere GPUs that we will be getting on the gaming segment. The GA102 GPU is the fastest gaming GPU that NVIDIA has produced. The GPU is based on Samsung’s 8nm custom process node designed specifically for NVIDIA and features a total of 28 Billion transistors. It measures at 628mm2 which makes it the 2nd biggest gaming GPU ever produced right below the Turing TU102 GPU.

For the GeForce RTX 3090, NVIDIA has enabled a total of 82 SM units on its flagship which results in a total of 10496 CUDA cores. In addition to the CUDA cores, NVIDIA’s GeForce RTX 3090 also comes packed with next-generation RT (Ray-Tracing) cores, Tensor cores, and brand new SM or streaming multi-processor units.

In terms of memory, the GeForce RTX 3090 takes a big step ahead, featuring more than twice the memory of the RTX 2080 Ti. The flagship comes packed with 24 GB of memory and that too the next-generation GDDR6X design. With Micron’s latest and greatest graphics memory dies, the RTX 3090 can deliver a bandwidth that almost hits 1 TB/s. The GeForce RTX 3090 comes with 24 GB of GDDR6X memory at speeds of 19.5 Gbps. That along with a full uncut bus interface of 384-bit will deliver a cumulative bandwidth of 936 Gbps.

In case you want to read our full NVIDIA Ampere GPU architecture deep dive and GeForce RTX 3090 Founders Edition review, head over to this link.