Motorola is now officially launching its Motorola One 5G unlocked. And the company isn’t simply rehashing old products here either, instead offering as much as $50 off of its original price tag for the occasion. That easily makes it one of the most budget-friendly 5G handsets currently available anywhere.

What sets Motorola One 5G apart?

Now, Motorola isn’t necessarily changing anything for the One 5G unlocked variant. For the price of the phone, now set at $349.99, buyers are getting support for both sub6 5G and mmWave connectivity. That’s driven by Qualcomm’s Snapdragon 765 chipset too. And Motorola backed that up with 4GB RAM and 128GB storage as well. So this isn’t a weak phone by any stretch of the imagination.

For the screen, Motorola topped the arrangement with a 6.7-inch CinemaVision FullHD+, 90Hz refresh rate panel. And a 15W-charging, 5000mAh battery powers the package to ensure multi-day use.

The phone also has a great set-up on the camera front. Starting with the selfie snapper, which is a dual-sensor composed of an 8-megapixel ultra-wide lens and 16-megapixel main lens. The latter lens also packs Quad Pixel Technology, allowing greater detail under a wider array of lighting conditions.

Around the back, a quad-camera array is led by a 48-megapixel primary snapper — also equipped with Quad Pixel Technology. That’s coupled with another 8-megapixel ultra-wide-angle lens and a 5-megapixel Macro Vision lens. The latter is joined by a unique, dedicated Macro Vision ring-style flash to help with close-ups. And a 2-megapixel depth sensor backs all of that up.

Where can you pick this phone up, unlocked?

As to availability, the newly relaunched unlocked variant of the Motorola One 5G is available at a plethora of locations. Not least of all, it’s available from Motorola’s own website starting today. It can also be found among other smartphones at Best Buy, B&H Photo, and Amazon. 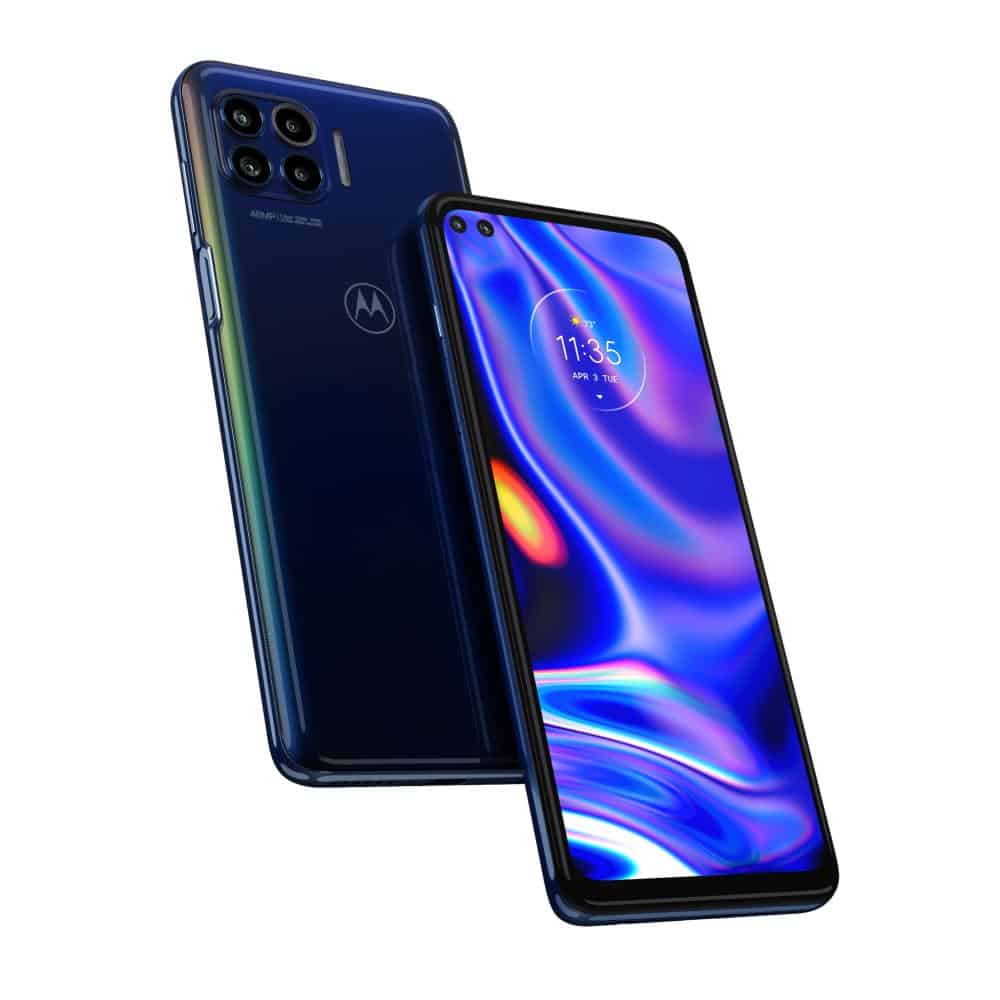 Apple AirTag review: Finding your lost keys has never been this easy

Your "Favorite" Quibi Shows Will Land On Roku, Starting May 20

Global pre-orders for the ZTE Axon 30 Ultra open up at...