Researchers at MIT’s Computer Science and Artificial Intelligence Laboratory (CSAIL) say they’ve created an autonomous river vessel — Roboat II — that’s capable of carrying passengers across fast-moving bodies of water. It’s the latest addition to a fleet of autonomous boats developed by CSAIL, MIT Senseable City Lab, and the Amsterdam Institute for Advanced Metropolitan Solutions (AMS) over the last five years. Roboat II successfully navigated the canals of Amsterdam for three hours before returning to its starting location with a 0.17 meter (less than 7-inch) margin of error.

As MIT’s Rob Matheson explained in a recent blog post, the Roboats — rectangular hulls packing sensors, thrusters, microcontrollers, cameras, and other hardware — emerged from the ongoing project. The goal is to create robot fleets that can ferry people and goods through Amsterdam’s 160+ canals and self-assemble into bridges to help reduce pedestrian congestion.

Roboat II, which weighs 50kg (110 pounds), begins localizing itself by running the SLAM algorithm and leveraging lidar and GPS sensors, as well as an inertial measurement unit for localization, pose, and velocity. The controller tracks the reference trajectories from the planner, which updates its path to avoid detected obstacles. Roboat II’s algorithm only needs one Roboat II to know the trajectory and orientation. 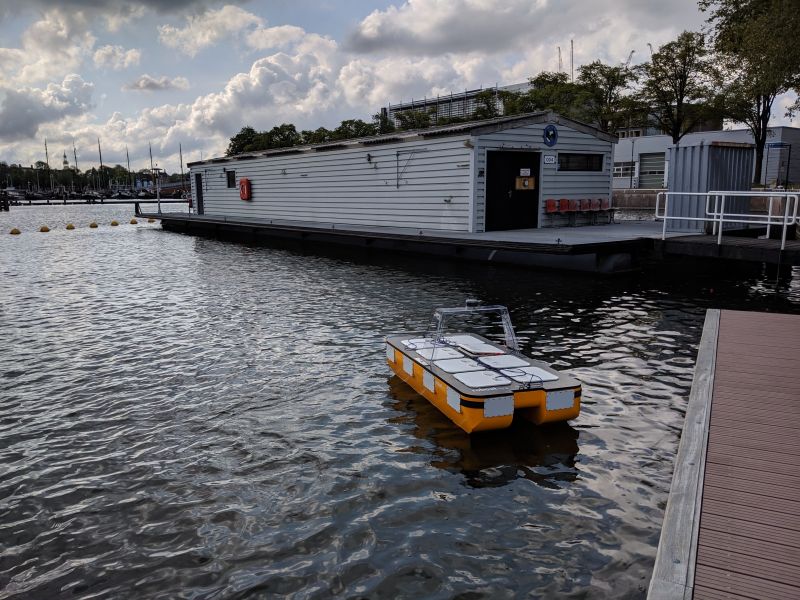 When a leader Roboat II initiates movement to a given destination, the other Roboat IIs can estimate the leader’s intention and align their own movements. The leader can also steer the rest of the Roboat IIs by adjusting input without any communication between the vessels.

The team tested their control method on two scenarios: one in which three Roboats IIs were connected in a series and another in which three Roboats IIs were fastened in parallel. The results showed the coordinated group was able to track various trajectories and orientations in both configurations and the magnitude of the followers’ forces positively contributed to the group, indicating that the follower Roboat IIs helped the leader.

The researchers plan to use AI to estimate key parameters of the Roboat IIs in the future. They’re also aiming to explore adaptive controllers that allow for dynamic change to the structure when objects are placed on the boat.

Wei Wang is a senior postdoctoral associate from the Senseable City Lab and CSAIL and the lead author on a new paper about Roboat II.

“The development of an autonomous boat system capable of accurate mapping, robust control, and human transport is a crucial step toward having the system implemented in the full-scale Roboat II,” Wang said about the project. “We also hope it will eventually be implemented in other boats in order to make them autonomous.”

Robotaxis get the green light for paid rides in California