Home Science Minoans were wiped out 3,500 years ago by the devastating volcanic eruption...


Minoan civilisation was wiped out by the devastating Thera volcanic eruption exactly 3,580 years ago, study claims

By Ian Randall and Joe Pinkstone For Mailonline

The ancient civilisation of the Minoans was wiped out exactly 3,580 years ago, a new study has found.

Data trapped in the growth rings of pine trees thousands of miles away in North America reveals the precise moment the eruption occurred.

The 1,560BC eruption was one of the most devastating in Earth’s history and destroyed the Minoans living on Crete, 60 miles away from the volcano. 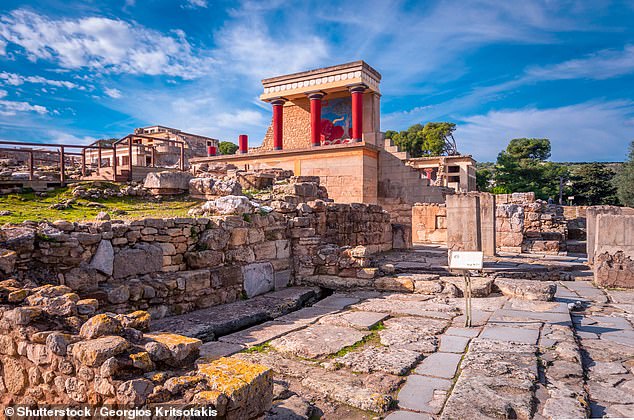 Pictured, a view of the ruins of the famous Minoan palace of Knossos, the centre of the Minoan civilisation and one of the largest archaeological sites in Greece. A study discovered the powerful civilisation was wiped out around 1,560BC when mount There erupted 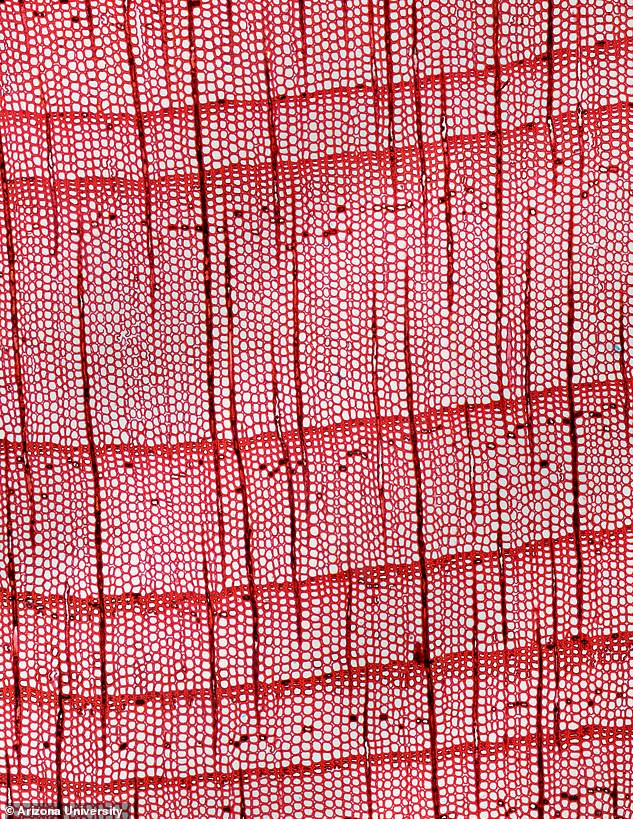 Pictured, growth rings of the pine trees studied by the scientists at Arizona University. An ‘unusually light’ tree ring revealed the extent of the event and may have been caused acid deposits from a volcano, the authors suggest, and this date lines up with the Thera eruption

Charlotte Pearson, an anthropologist from Arizona University, first spotted the tell-tale ring three years ago but it received little scientific attention until recently.

Improved scanning techniques allowed the researchers to pinpoint the exact time of the There eruption to within one year.

READ  ‘It’s like you have a hand again’: Ultra-precise mind-controlled prosthetic developed

‘We scanned the entire period across when Thera is known to have happened and we detected a very slight depletion in calcium — right where I saw this lighter ring years ago,’ said Dr Pearson.

‘Something changed the chemistry of the environment in which the tree grew.’

The unusually light tree ring may have been caused by acid deposits from a volcano, the authors suggest, and this date lines up with the Thera eruption.

The demise of the Minoan empire — which was centred around their elaborate palace at Knossos, Crete — has long been a subject of archaeological debate.

The Minoans are believed to have built Europe’s first paved roads and running water, and their magnificence was such that the ancient Greeks wove it into their myths.

In legend, Knossos was also home to the labyrinth of King Minos, in which roamed the fearsome half man, half bull — the Minotaur.

It had long been argued that the fall of the Minoan civilisation was the product of a natural disaster — perhaps the root of Plato’s famous tale of Atlantis — with the explosion of the volcano at Thera commonly put forward as the likely culprit.

Until then a natural disaster had been the popular theory — and Thera was one of the worst humanity has ever witnessed.

However, a paper published last year claimed instead that the Minoans were taken over by invaders — and absorbed into foreign cultures. 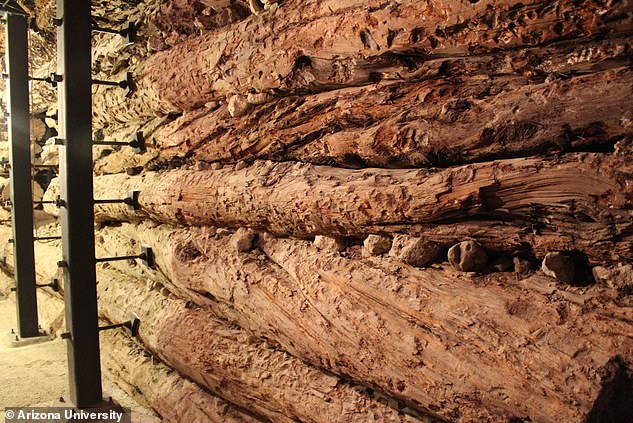 ‘When there are large volcanic eruptions, it often scars bristlecone by freezing during the growing season, creating a frost ring,’ said paper author Matthew Salzer.

‘We compared the dates of the frost rings with what was going on in the Mediterranean trees, which respond to volcanoes by growing wider rings.’

‘It showed the wide rings in the Mediterranean chronology occurred in the same years as the frost rings in the bristlecone.’

‘We took that to be confirmation that the dating was probably correct.’

The full findings of the study were published in the journal Proceedings of the National Academy of Sciences.

WHO WERE THE MINOANS?

The Minoan civilisation arose on the Mediterranean island of Crete in approximately 2600BC and flourished for 12 centuries until around 1400BC.

The origins of the Minoan and Mycenaean peoples have puzzled archaeologists for more than 100 years.

Last year it was revealed that the Minoans and Mycenaens were descended from early Neolithic farmers who migrated from Anatolia to Greece and Crete.

Modern Greeks, in turn, are largely descendants of the Mycenaeans, the study found.

Experts from the University of Washington, the Harvard Medical School and the Max Planck Institute for the Science of Human History, together with archaeologists and other collaborators in Greece and Turkey, gathered data from the region.

The results showed that Minoans and Mycenaeans were genetically highly similar, but not identical.

The early Neolithic farmers they descended from likely migrated thousands of years prior to the Bronze Age from Anatolia.

While both Minoans and Mycenaeans had both ‘first farmer’ and ‘eastern’ genetic origins, Mycenaeans traced an additional minor component of their ancestry to ancient inhabitants of Eastern Europe and northern Eurasia.

READ  NASA news: Meet Perseverance – the rover that will hunt for alien life on Mars

Back in 2013 it was revealed that weapons that dominated Europe for more than 3,000 years were introduced by the ancient Minoan civilisation.

Swords, metal battle axes, long bladed spears, shields and possibly even armour were brought to Europe by the Minoans who ruled Crete.

Since towns and palaces in Crete, the home of the mythical Minotaur, were first dug up and studied a century ago the Minoans have been widely regarded by archaeologists as an essentially peaceful people.

But a reassessment of the role of warriors and weapons in Ancient Crete, which was at its peak from 1900BC to 1300BC, now concludes that the Minoans were a violent and warlike people.

Africa facing a quarter of a billion coronavirus cases, WHO predicts

Netflix, but for video games: subscriptions to get you through the...