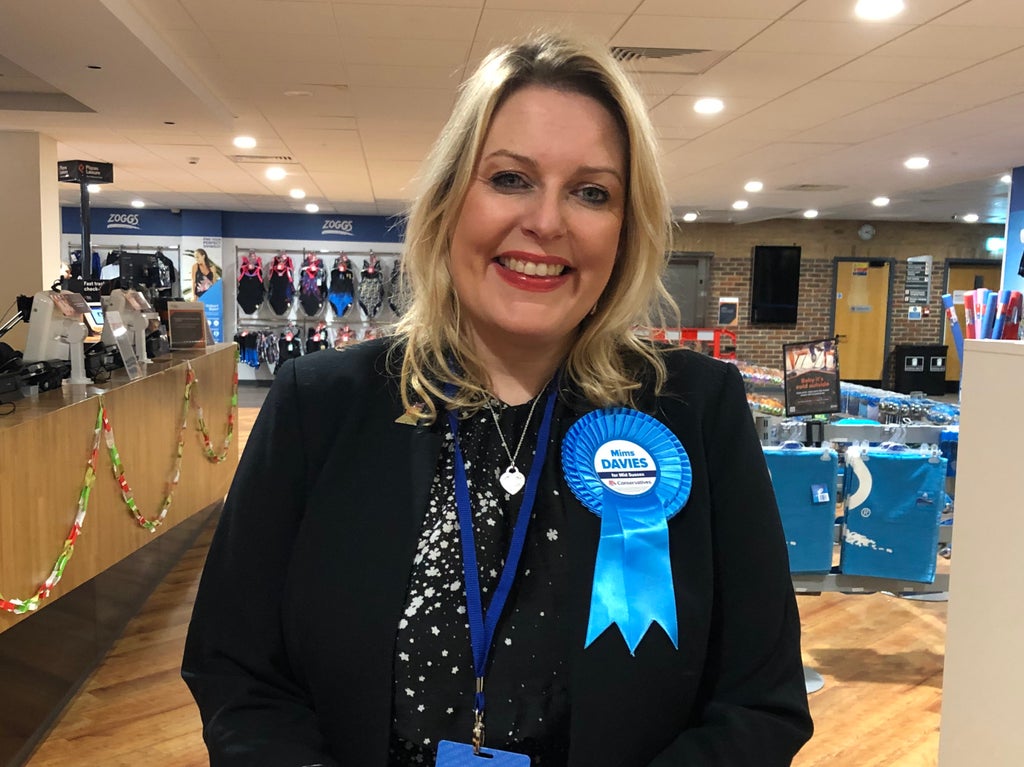 Conservative MP Mims Davies has revealed how her drink was spiked during a night out, causing her to black out in a bar in her constituency.

Ms Davies said she found an unidentifiable black substance in her glass while out drinking with friends at a bar in Haywards Heath.

“I found something black in the bottom of my drink,” the Tory MP told BBC Radio Sussex. “I pulled it out and didn’t really think anything of it, and threw it on the floor.”

Explaining that she blacked out from the effects of the substance, she added: “It was absolutely awful. I had to be carried home … It was only later on I thought, ‘Blimey, what was that?’”

It comes as concern grows about a so-called “spiking epidemic” – with drugs charities warning that victims have been given amphetamines, tranquilizers such as Rohypnol and GHB, also known as liquid ecstasy, without their knowledge.

Home Office minister Rachel Maclean told MPs on Wednesday that the government was planning to “ramp up” its response to the “horrific and frightening offence”.

As well as sharing her own experience, Ms Davies said she has written to fellow minister Ms Patel to ask what new measures can be taken to tackle drink-spiking.

“We should be restricting who on earth can get hold of these products, as we would in any other sphere,” said the employment minister.

The MP added: “What on earth is in those products? Who’s buying them and who’s sourcing them? There’s more to this than meets the eye.”

There has been little national data on drink-spiking since the reopening of pubs and clubs earlier this year – but the post-lockdown period has been accompanied by a rise in reports of drugs being added to someone’s drink without their knowledge.

Young women have been reporting an alarming number of spiking by injection incidents –when an unsuspecting person is injected with drugs using a needle – while in nightclubs and other venues in recent months.

Last week the National Police Chiefs’ Council (NPCC) said police forces have received a total of 274 reports of people being “spiked by injection” over the last two months.

A spokesperson for the Home Office said: “We remain in close contact with the police on this issue and the home secretary is receiving regular updates.

“We must now give the police the space to conduct their enquiries, and we would urge anyone with information on these incidents to contact their local force.”