Minecraft Dungeons is rolling out a new patch update today with 1.5.0.0, that expectantly adds the Spooky Fall Event to Minecraft Dungeons. With this event, which lasts from today until November 3, 2020, you’ll have seasonal challenges and trials to complete, and exclusive gear and rewards to unlock. This is Minecraft Dungeons’ first holiday event, so hopefully it paves the well for future timed celebrations.

The full changelog for the Minecraft Dungeons 1.5.0.0 update includes: 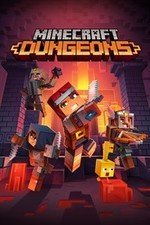 Minecraft Dungeons is the next saga in Minecraft’s story, and Mojang Studios have knocked another one out of the park. Awesome co-op combat paired with powerful loot, all at a crazy affordable price? There’s not much more you could ask for in an epic dungeon crawling ARPG.

The next Total War: Warhammer 2 DLC is coming on December 3

Borderlands 3 supports 120 FPS on the Xbox Series X, and it's real good

Free Smartphones and Tablets guide for Dummies pullouts inside your Sunday...

Microsoft Teams for personal use rolls out to the web and...