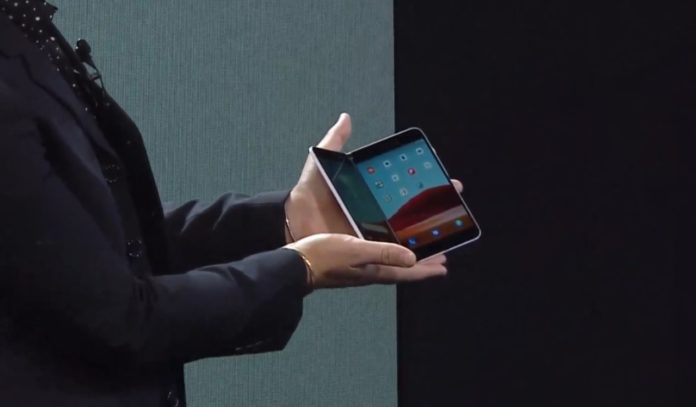 Microsoft didn’t change a whole lot about the default Android experience in the Surface Duo compared to the Nokia X series, but the company is working on a couple of useful tweaks to differentiate the Surface Duo from traditional smartphones.

Microsoft is working on another new feature called ‘app groups’, which is similar to the Samsung App Pair.

When you use app groups, a shortcut will be created and pinned to the home screen, enabling quicker access to apps that you access regularly. For example, you can create a group of OneNote and Microsoft Edge and then tap on the shortcut icon to launch OneNote on the left screen and Edge on the right screen.

Likewise, you can create a group of Edge and communication apps to make the most out of Surface Duo. Here are some popular app groups you can try when you get your Surface Duo later this year:

Microsoft is also working on several other features for Microsoft Launcher-based Surface Duo, which is expected to launch in August 2020.

READ  On a tight budget? You'll love each of these affordable laptops.

Here's what you need to run The Medium on PC

Should Section 230 be revised? – Fox Business