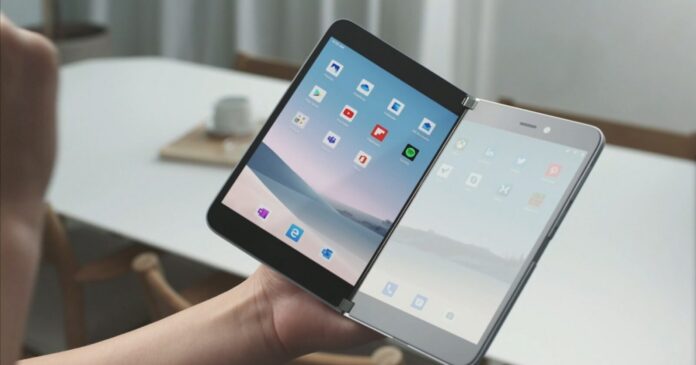 After being in development for nearly three years and several delays, Microsoft’s highly-anticipated dual-screen phone Surface Duo was released last year. However, rampant issues with Surface Duo have been reported, and the problem seems to have gotten worse after April 2021 Update.

The expensive Surface Duo was recently updated with April 2021 security fixes and general quality improvements. For some users, it is also bringing a frustrating black screen bug.

Since updating to Surface Duo version 2021.314.9x (April 2021 update), which was released in the last week of April, at least two users told us that their units have encountered a weird black screen problem.

The April update contains a bug that’s causing some Surface Duo units to produce a black screen in one screen when the device is in book mode, potentially leading some users to worry that their display might be broken – but fortunately, the problem is the result of the new update.

On Microsoft’s forums and Reddit, other users have also been seeing problems constantly, while it comes and goes on for others. The problem can happen to those running the April 2021 update of Surface Duo and it does appear to be widespread.

In another forum thread, a Microsoft employee suggested users install the latest version of Microsoft Launcher, but the workaround is not working for everyone.

“Updated the launcher and that hasn’t resolved it. I cleared the app cache, the phone has been rebooted, etc. and still the issue persists. It is happening less frequently but is still happening. It happens with or without any apps open/displayed on a screen as well. This release doesn’t seem like any QA testing was done,” a user wrote in the Microsoft forums.

In addition to the black screen bug, there are reports of general performance and camera as well.

It’s possible that Microsoft is already aware of the reports and the fix will be coming later this month.

If you have found a solution to address the black screen problem on your Surface Duo, be sure to let us know what you did down in the comments section below.

Our picks for the very best gaming mice available today