Home Science Microplastis shed by tyres reaching the Artic and could hasten melting of...

Wear and tear from tyres and brake pads is contributing to the melting of the ice caps thanks to tiny particles of plastic spreading around the world, study finds.

Researchers from the Norwegian Institute for Air Research and the University of Vienna studied levels of road microplastics and the way they spread from cities.

They founds 140,000 tons of tiny plastic particles from road traffic entering the atmosphere ends up in the ocean, but 48,000 tons falls on snow and ice.

These tiny pieces of plastic act to darken snow covered surfaces in places like the Arctic and lead to more sun light being absorbed and the ice and snow melting. 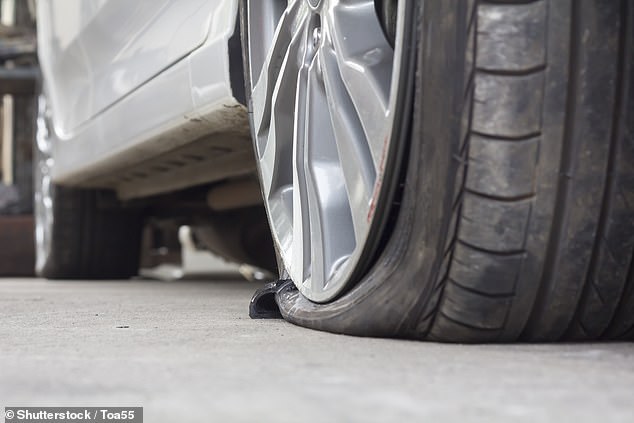 Tyres are made from a range of materials including plastics and over time they are worn down and the plastic particles are pushed out into the atmosphere.

It’s thought up to six million tons of particles are shed from vehicles alone – with most falling close to roadsides rather than going into the atmosphere.

Some are then washed up in rain and go into the sea via river systems, but researchers found thousands of tons of tiny pieces are being blown further.

As the global production rate of new plastic products continues to increase, ever greater quantities evade waste collection and recycling and enter the environment.

However, the ecological and environmental consequences of rising plastic pollution are poorly understood, according to the Norwegian team behind the study.

‘We also know too little about how microplastic particles travel from where they are produced to all ends of the world,’ they explained.

Nikolaos Evangeliou and colleagues looked into road microplastics  that are produced from tyre wear and brake wear and compared them to simulations of atmospheric transport to determine the dispersion of these pollutants.

The majority of traffic-induced microplastics comes from densely populated regions like the US, Northern Europe and the heavily urbanised areas of Southeast Asia. 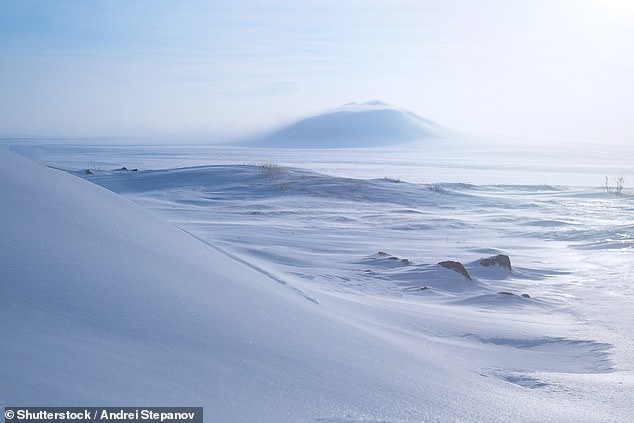 They found that microplastics that are 2.5 micrometers and smaller in size were transported through the atmosphere and into the ocean or on to the ice.

They estimate that 140,000 tons per year of road microplastics end up in the world’s oceans and about 48,000 tonnes on tons snow- and ice-covered surfaces.

MICROPLASTICS FOUND IN WHEAT AND VEGETABLES

Microplastics are being absorbed through plant roots and end up in our food, a Chinese study found.

The Chinese Academy of Sciences looked at particles in food sources.

Microplastics have become ubiquitous leading to concern about the impact on human health.

In a new study, researchers found these plastic pieces had contaminated edible plants by entering the roots.

‘Cracks at the emerging sites of new lateral roots of lettuce and wheat crops can take in microplastics from the surrounding soil and water.

‘Those microplastics can then be transferred from the roots up to the edible parts of the crop,’ they found.

‘This is concerning’, says Evangeliou. ‘Microplastic particles travelling to snow and ice-covered regions such as Greenland and the Arctic may darken the surface, thus decreasing surface albedo. This could again hasten melting.’

Albedo is a measure of how much of the light hitting a surface is reflected without being absorbed – snow covered areas help to reflect sunlight and cool the Earth.

Dark surfaces or matter, such as microplastics, lowers this reflectivity, so that the ice absorbs more heat.

Lower albedo will in turn lead to increased melting of ice and snow, and then again to even lower reflectivity – a self-reinforcing loop.

Study co-author, Andreas Stohl from the University of Vienna, said these particles include toxic materials that pose a real risk to humans and wildlife.

He has called on tyre manufacturers to find ways of creating new tyres that shed fewer particles in a bid to reduce microplastics.

Microplastics are being found in more locations around the world, including a recent study that discovered pieces of plastic in the edible parts of wheat and lettuce.

The World Health Organization says there an urgent need to find out more about the impact of microplastics on human health with some evidence suggesting it can weaken the immune system.

Tyre firms have pushed back against previous claims that tyre wear is contributing to microplastic pollution and could be harmful to human health.

The industry published at least ten studies over the last decade suggesting that they present ‘no significant risk to humans and the environment’.

URBAN FLOODING IS FLUSHING MICROPLASTICS INTO THE OCEANS FASTER THAN THOUGHT

Urban flooding is causing microplastics to be flushed into our oceans even faster than thought, according to scientists looking at pollution in rivers.

Waterways in Greater Manchester are now so heavily contaminated by microplastics that particles are found in every sample – including even the smallest streams.

This pollution is a major contributor to contamination in the oceans, researchers found as part of the first detailed catchment-wide study anywhere in the world.

This debris – including microbeads and microfibres – are toxic to ecosystems.

It has long been known they enter river systems from multiple sources including industrial effluent, storm water drains and domestic wastewater.

However, although around 90 per cent of microplastic contamination in the oceans is thought to originate from land, not much is known about their movements.

Most rivers examined had around 517,000 plastic particles per square metre, according to researchers from the University of Manchester who carried out the detailed study.

Following a period of major flooding, the researchers re-sampled at all of the sites.

They found levels of contamination had fallen at the majority of them, and the flooding had removed about 70 per cent of the microplastics stored on the river beds.

This demonstrates that flood events can transfer large quantities of microplastics from urban river to the oceans.

Boo! Do ghosts rise by magic or science? – WZZM13.com

Pinnacle Award Finalist Bob Ritchie: 'We are in This Business to Make a Difference' – WashingtonExec