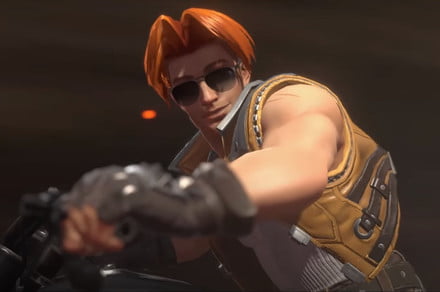 A new entry in SNK’s iconic Metal Slug franchise is in development, in the hands of the studio behind Call of Duty: Mobile, Arena of Valor, and the recently announced Pokémon Unite.

The new Metal Slug game does not have a title yet, but it is currently known as Metal Slug Code: J.

The trailer for the mobile game showcases Metal Slug‘s trademark side-scrolling shoot-’em-up action, though with notable changes that include updated graphics, a new ice-thrower weapon, and on-screen controls. Also featured is what appears to be a home town, complete with shops and NPCs.

SNK will be teaming up with Tencent Games subsidiary TiMi Studios for the Metal Slug mobile game, to keep the franchise going more than two decades since it originally launched for arcades in 1996.

“Metal Slug has such an amazing history of great action and gameplay so we’re proud to bring this to mobile gamers around the world,” said SNK Game Producer Yasuyuki Oda in a statement.

“Our team has been focused on a faithful recreation of the game’s classic shoot-’em-up style, easily accessible for players that’s fun for new and existing fans of the genre,” added Winco Qin, TiMi J1’s general manager.

The trailer and press release for Metal Slug Code: J skimps on important details such as an expected release date for the mobile game, and whether or not it will be a free-to-play title. Digital Trends has reached out to Tencent Games, and we will update this article as soon as we hear back.