Masimo wins round in patent spat with Apple – Mass Device 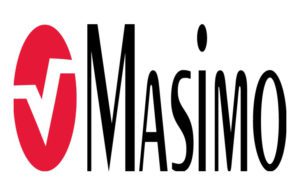 Masimo (Nasdaq:MASI) announced that a U.S. Administrative Law Judge in Washington, D.C. ruled in its favor in a patent spat with Apple.

The judge ruled that Apple violated Section 337 of the Tariff Act of 1930 by importing and selling certain Apple Watches in the U.S. These watches featured light-based pulse oximetry functionality and components. However, the judge also ruled that Apple did not violate four other patents belonging to Masimo.

According to a news release, the judge said this infringed one of Masimo’s pulse oximeter patents. Apple first released the pulse oximeter sensor with its Apple Watch Series 6 in 2020. It remains in use for current Apple Watches. Masimo said the U.S. International Trade Commission must now consider whether to implement an import ban on the devices.

BTIG analyst Marie Thibault called the decision a “positive signal.” However, analysts await the final determination, expected to come by May 10, 2023.

“We are happy that the ALJ recognized Apple’s infringement of Masimo’s pulse oximetry technology and took this critical first step toward accountability,” said Joe Kiani, CEO of Masimo. “Today’s decision should help restore fairness in the market. Apple has similarly infringed on other companies’ technologies, and we believe today’s ruling exposes Apple as a company that takes other companies’ innovations and repackages them.”

More on the Masimo-Apple patent spat

In January 2020, Masimo accused Apple of poaching its employees and infringing 10 of its patents to improve the health monitoring functions of the Apple Watch.

Relating to pulse oximetry, Michael O’Reilly, who served as CMO at Masimo from 2008 until 2013, left to join Apple. During his time at Masimo, the company released the 1st Apple-approved pulse oximetry system, compatible with iPods, iPhones and iPads.

Needham analyst Mike Matson wrote that, with the latest decision in the spat, President Biden has 60 days to disapprove. He said disapprovals “are rare,” though.

“If Apple loses, it can appeal to the U.S. Court of Appeals for the Federal Circuit,” Matson wrote. “We think that an import ban could force Apple to enter a settlement and pay MASI royalties for the oximetry technology in the Apple Watch.”

Matson said even royalties of $1-$2 per watch could add $60 million-$120 million to Masimo’s annual revenue. That amounts to 82¢-$1.64 added to its annual earnings per share.