The app can then update the contacts automatically and add additional information such as a person’s current job or profile picture by pulling from their LinkedIn account, for example. It can also figure out who the user might want to exchange contact information with using location data that’s accessed with permission.

Other features include removing duplicate listings and automatically pulling up the most recent email correspondence with a contact in order to, for example, have a piece of information conveniently available in the moment the user is reaching out to that individual.

Sunshine promises on its website that it will offer similar products down the line that help people with “scheduling, event organization, small group communication and more.” 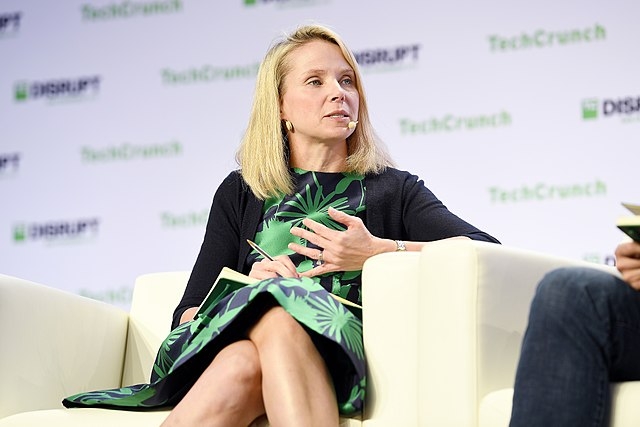 The company is Mayer’s first, most public move since she stepped down as Yahoo’s CEO in 2017 after the web service provider was acquired by Verizon Communications Inc. The Stanford University graduate’s first major footing in Silicon Valley was in 1999 when she joined Google as its 20th employee while the company was located on 165 University Ave. in Palo Alto. There, she helped create what Google’s now iconic, minimalistic homepage looks like today, according to a 2005 profile of Mayer by Fast Company. Now, Mayer is working out of the same office with her newly-branded software company.

“Thinking about what’s next, I returned to my roots, rented the original Google office where I started my career, and founded a lab with my longtime friend and teammate (Torres),” Mayer tweeted in 2018 when Lumi Labs first launched.

Torres has had a longstanding professional relationship with Mayer, going back to their days at Google before Mayer brought him on board to Yahoo in 2013, according to the Silicon Valley Business Journal.

Sunshine has since raised $20 million in its first round of funding from investors, including Menlo Park-based venture capital firms Felicis Ventures and Unusual Ventures, as well as from Mayer.

Amid a decline in early-stage funding, TAU Ventures invites tech startups to its campus community – CTech