Good news for anyone looking for new games to play online through self-isolation: Bandai Namco has announced that every owner of Dark Pictures: Man of Medan will get a free Friend’s Pass so that they can play multiplayer for free.

Man of Medan is a spiritual sequel to Until Dawn, and the first in the Dark Pictures Anthology – follow-up Little Hope is due some time this summer.

It’s an interactive horror narrative adventure, and the first of its kind to allow online multiplayer, with each player taking control of different characters at different points as you work through the branching narrative together. I found the game promising, if buggy, at launch, but the multiplayer really is a great innovation.

And now you don’t both need to own the game to take advantage. Until May 1st you can now play the game for free with one friend online, though note that there’s no cross-play, so you’ll both have to be on the same platform: PS4, Xbox One, or PC.

It should work with new purchases too, so grab a copy of the game now if you don’t own it already. 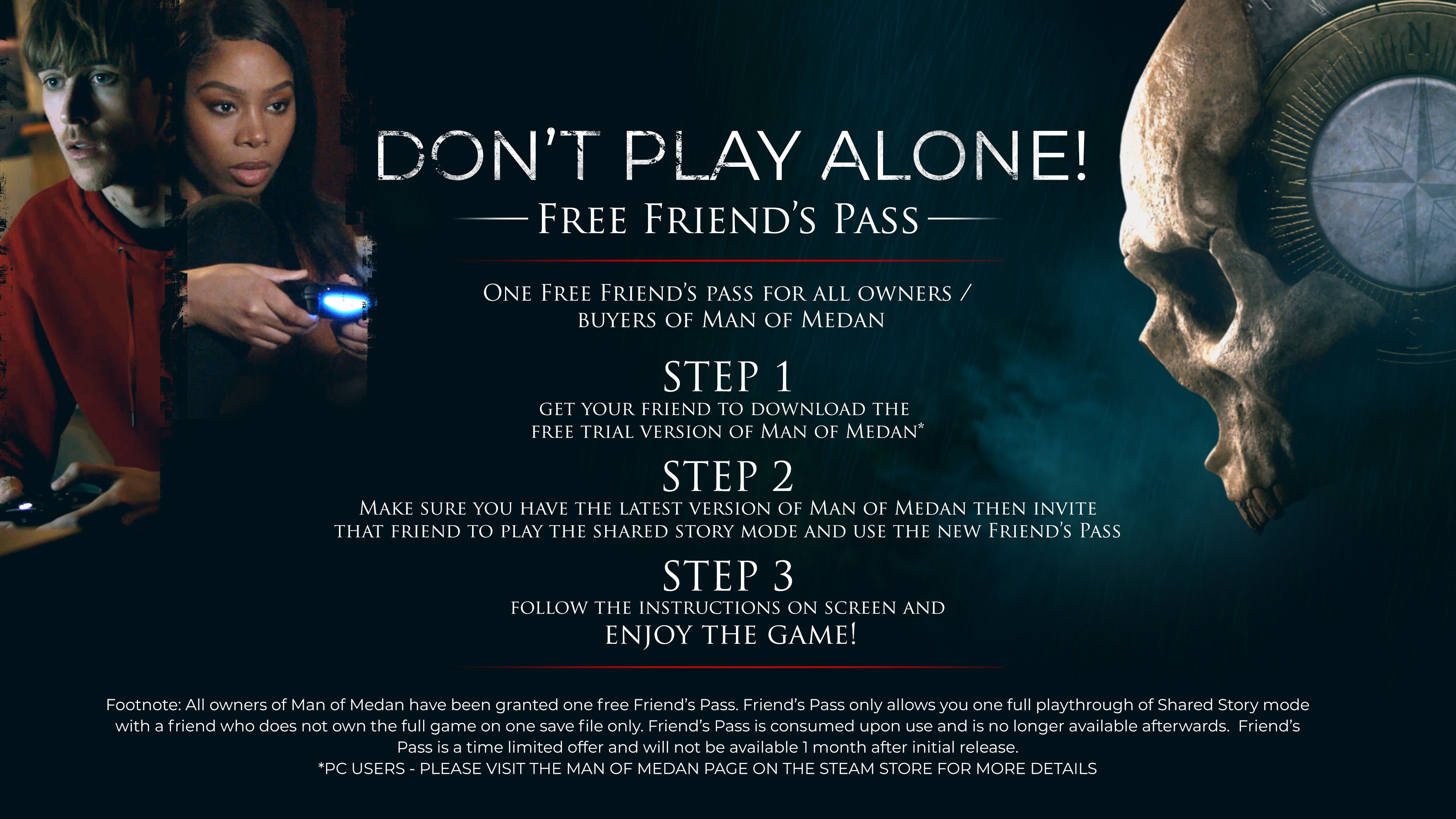 To take advantage on console, the friend who doesn’t own the game should download the free trial version, while the owner should double-check that their version is up to date.

Then the owner can invite the friend to play the Shared Story mode, using the one-time friend’s pass to set it up. But this is one-time only, so pick your friend carefully.

It’s a little more complicated on PC. If you own the game and have automatic updates enabled, you should now see a second instance of the game installed, which will allow you to grab your Friend’s Pass Invite Key and will also be used to play with your friend. If you own Man of Medan and you don’t have this second application, go to your library and it should be available to install manually.

Apple's Powerbeats3 Bluetooth headphones may be old, but they still rock – CNN

Apple Earnings: What to Look For – Investopedia

Report: Don’t expect a charger or earphones in the Galaxy S30’s...