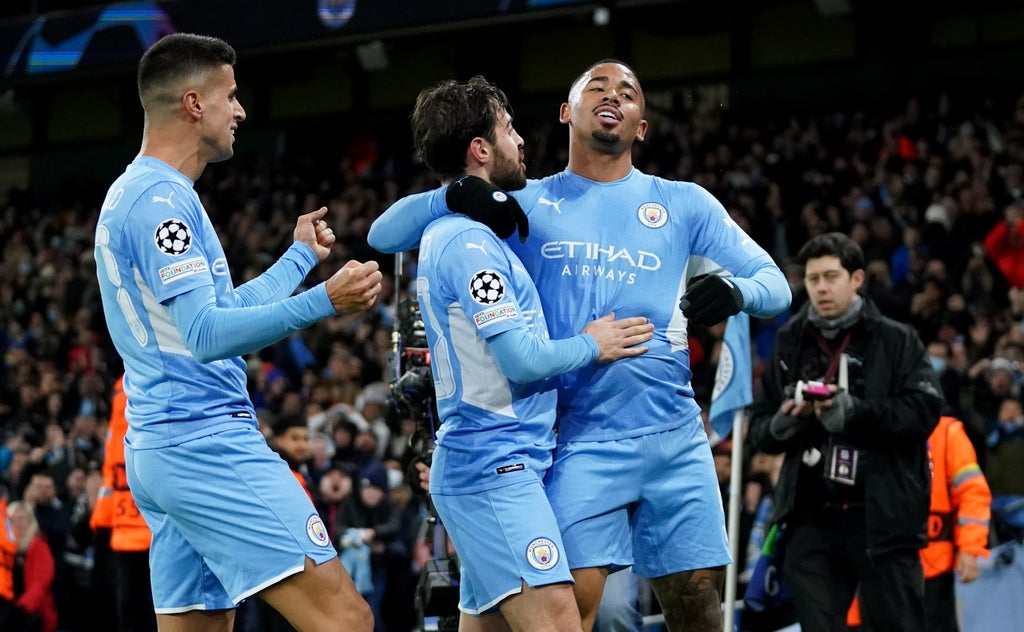 Amid all the geopolitical dimensions of this game in Manchester, and the great stars on show, it may go some way to setting up one of football’s little quirks.

What price Mauricio Pochettino’s Paris Saint-Germain meeting an interim’s Manchester United in the Champions League last 16? That is at least the prospect that the Argentine’s latest trip to the city sets up, after a result that is almost certain to leave the French side second in the group.

The individuals of Leo Messi, Kylian Mbappe and Neymar this time didn’t have enough for Pep Guardiola’s superbly integrated team. None could match Bernardo Silva in this match, whose touch of class – there’s no other phrase – won the game.

One argument might be that this is why there has been some reticence in getting Pochettino, but it really says more about PSG.

They remain a star vehicle more than a squad or a team. Pochettino is attempting to work around. There was also a period, as PSG led 1-0, as it looked like the type of performance that both Manchester City and the rest of the city of Manchester have seen before.

It could have gone very like the first game, which was a 2-0 win to PSG.

As it was, City ensured a different outcome. That in itself is pointed, even as a mere point separates them at the top of the group.

For all that the two clubs form one of the biggest issues in football, with how states own them for sportswashing purposes, they also represent two different sides of what you do with that. It also represents the divide that defines the top of the Champions League right now.  City are a collective system. PSG are a collection of individuals, albeit three of the finest individuals to have played the modern game, one of them maybe the greatest ever.

The match consequently took on that predictable complexity.

There were long periods when the City machine worked into gear, and looked to work the amassed PSG defence all over the pitch. That led to a flurry of chances, especially in the opening stages. Rodri had a header cleared off the line. Riyad Mahrez had shot deflected over the bar. Ilkay Gudogan hit the post.

Against that kind of chaos, around 30 yards up the pitch, PSG’s stars were most ambling around in a curious serenity.

It can look absurd, but perhaps offers a logical explanation as to why players like Ander Herrera and Idrissa Gueye are suffering muscle injuries after just an hour. They and the rest of PSG’s “other seven” have to do an awful lot of running to compensate for the lack of it up front. Keylor Navas meanwhile must stand very strong, something he does with impressive consistency. One save from Gabi Jesus was superb.

The reward for indulging that trio is that, when you finally get the ball to them, they can take your breath away and take the game to you.

This is their power, in so many senses.

It is impossible to deny the electricity that goes around a stadium when they get on the ball, even if it is sometimes pure fear. What other emotion can there be when the three are bearing down on goal, capable of doing almost anything?

Kylian Mbappe did something you wouldn’t expect, mind, by missing his first big chance. After Neymar had put him through in the first half, in an eventual reprieve from the City onslaught, the French star swerved the ball well over the bar.

He was merely finding his range, though.

By the 50th minute, after another surge from deep, Mbappe was putting the ball through Ederson’s legs with the type of finish that has become so familiar. Messi had been the architect, moving onto Neymar’s dummy before working his way into the box to play a ball that eventually fell to Mbappe.

The manner of it spoke to another difference between the sides.

While PSG are all surging runs and flashes of individual inspiration, City are all co-ordinated moves.

Their two goals duly came from the sort of move that looked so rehearsed, a result of so much preparation.

Both came from crossfield balls that exploited a clear gap behind PSG lines, to offer an easy finish after impressively good work.

For the first, it was Rodri’s ball. Kyle Walker still had to fight to force the ball through, allowing Sterling to prod in.

For the second, mere minutes later, it was another divine Cancelo ball.

Even that was a mere supporting act for the main event, though, which was Bernardo’s exquisite touch.

He took all fizz out of the ball with gorgeous finesse, allowing Jesus to again just tap in.

Both still go through after this, due to Leipzig’s hammering of Club Brugge.

The biggest question is what next? That has more meaning than over what the draw has in store.