Low-code development platforms to grow 25% in 2023


In the face of an ongoing IT skills gap, technologies such as low-code and no-code platforms that can automate processes and empower workers to accomplish tasks are seeing significant growth, according to a recent study.

In each of the past four years, sales in low-code and no-code application platforms (LCAP) grew more $1 billion annually, from $3.47 billion in 2019 to a projected $8 billion this year.

Over the next two years, the LCAP market is projected to be the fastest-growing segment of the “hyperautomation” technologies market, as research firm Gartner calls it. LCAP is expected to grow 25% to roughly $10 billion in 2023 and to $12.3 billion in 2024, according to Gartner.

“The high cost of tech talent and a growing hybrid or borderless workforce will contribute to low-code technology adoption,” said Jason Wong, a distinguished vice president analyst at Gartner.

By “borderless workforce,” Wong was referring to remote employees who are no longer bound by a company’s geographic location.

Low-code technology is designed to fill that IT talent gap because it allows virtually anyone to be a developer. Gartner predicts that by 2025, 70% of new applications developed by enterprises will use low-code or no-code technologies — up from less than 25% in 2020.

IT departments remain under pressure for IT talent as the Great Resignation continues and ongoing digitization projects turn up the pressure on existing resources.

In fact, 72% of IT leaders say project backlogs are now preventing them from working on strategic projects, according to a study by Salesforce.

Both business technologists and “citizen technologists” (employees without formal IT training but with some tech acumen), are using low-code and no-code applications to meet business needs for “enhanced productivity, efficiency and agility — often as fusion teams,” Wong said.

Seventy-four percent of technology purchases are funded, at least partially, by business units (BUs) outside of IT, according to a recent Gartner survey. Only 26% of technology investments are funded entirely by the IT organization.

Though LCAP is the largest market segment, citizen automation development platforms are projected to grow the fastest, with a 30.2% growth forecast for 2023. Typical use cases of CADP include automating workflows, building web-based forms, bridging data and content across multiple software-as-a-service applications and creating reports and data visualizations, according to Gartner.

Gartner predicts that by 2026, developers outside formal IT departments will account for at least 80% of the user base for low-code development tools, up from 60% in 2021.

At the same time citizen developers are turning to low-code and no-code platforms, about one-third of professional developers are also using the tools to simplify development and speed build times, according to John Bratincevic, a senior analyst with Forrester Research.

A January survey by IDC of 380 enterprises showed 48.6% of respondents are purchasing low-code or no-code platforms to move innovation in-house. The second-largest reason for purchasing the software tools (39.3%) was “pandemic-related needs.”

Low-code platforms require very little coding; instead, they use a modular toolset (akin to using Legos) to create business apps. By comparison, no-code platforms only require text entry for formulae or simple expressions.

Some of the most popular low-code platforms include Zoho Creator, Microsoft PowerApps, Visual LANSA, Retool, m-Power, Appian, Mendix, OutSystems, and Google App Maker. Some low-code platforms are also pre-integrated to work with other vendors and their platforms such as Salesforce, QuickBooks, or Oracle.

While low-code platforms simplify the creation of business apps, they do come with some security risks because users aren’t always familiar with application security best-practices and may lack awareness and understanding of potential vulnerabilities. Low-code software can also be harder to scale and integrate with existing CRM and ERP platforms.

According to Gartner, investments in low-code technologies that support innovation and composable integration will also grow as organizations embrace the “composable enterprise.” (A composable enterprise is one that is agile and architected for real-time adaptability and resilience in the face of uncertainty.)

“Low-code development technologies are supporting the composable enterprise by enabling the creation of more agile and resilient software solutions,” said Wong. “These technologies can be used to compose and recompose modular components and packaged business capabilities, to create adaptive custom applications for changing business needs.” 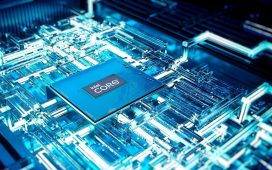 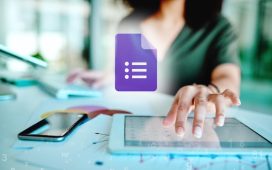 Google Forms cheat sheet: How to get started 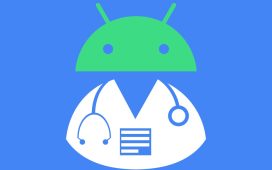 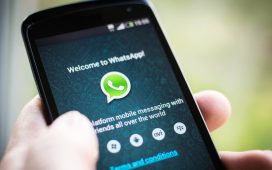 Morgan Stanley fines some employees $1M for WhatsApp, iMessage use