Biswatma Nayak, also the Chief Executive Officer of the company who presently lives in Bangalore since 2013 shared his thoughts with Orissa POST on the growing popularity of Chingari, said to be a better alternative to Chinese TikTok and his other plans. 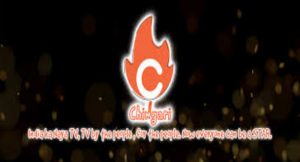 Significantly, Biswatma Nayak, one of the founders of this application is a native of Adaspur in Cuttack district.
The application that allows the users to download and upload videos, chat with friends, interact with new people and share content is trending on social media with Mahindra Group chairman Anand Mahindra coming out in its support. 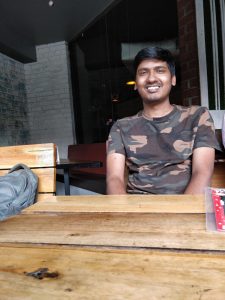 Cine celebrities of the likes of Adah Sharma, Ishita Dutta and others are also among the users of this app which has taken the social media by storm.

Nayak, also the Chief Executive Officer of the company who presently lives in Bangalore since 2013 shared his thoughts with Orissa POST on the growing popularity of Chingari, said to be a better alternative to Chinese TikTok and his other plans.

“Initially, we got lukewarm response from the users when the application was launched in 2018. However, the userbase grew steadily with people started disliking the Chinese products,” said Nayak who founded the company along with Sumit Ghosh from Bhilai (Chhattisgarh) and Siddharth Gautam of Karnataka.

The app has been downloaded more than 3.5 million times in the last few days following a bloody clash between India and China on the border that resulted in deaths of 20 Indian soldiers.
“We are witnessing nearly 50,000 hits a day for our app which is available in multiple languages such as English, Hindi, Marathi, Punjabi, Bangla, Gujarati, Tamil, Malayalam, Telugu, Kannada and Odia,” claimed Nayak.

His team made a thorough research on the mindset of social media users in the country before developing the application. They also put some additional features such as news feed and multi-player option to add more value and to make it look different from TikTok.

Besides, they enable the users score points that they can redeem later, explained the Chingari co-founder.
“We are now planning to add other features like live streaming and online payment system in the application. We will also collaborate with local news channels to expand our userbase,” he added.

Asked about app’s USP, Nayak said, “Users often complain about the vulgar content of TikTok. Therefore, we have a team of dedicated people in place to screen the content. We keep a tab on the quality of content and don’t approve videos that look indecent or vulgar. This is one of those things that has contributed in our steady growth.”

Nayak who has studied engineering in ITER, SOA University after doing his Plus II at Royal College of Science and Technology, Bhubaneswar, said there is a need to promote local startups and ideas to make the country self dependent.

Asked about the reason behind picking up such a usual name for the application, he explained,” Chingari means spark which can bring a revolution. Ours is a spark that supports India’s #boycottchineseapps & #boycottchineseproducts campaigns.”

‘Going to make it’: Business startups working to prevail through pandemic – The Independent

“When everything changes, everybody must change.” – TMC News – Texas Medical Center News

Dallas Startup Week goes virtual this year. Will it be the same? – The Dallas Morning News