Gatik and Loblaw will deploy five box trucks outfitted with autonomous vehicle technology across fixed routes throughout the Greater Toronto Area (GTA), beginning in January 2021. The partnership expands upon a 10-month pilot that began earlier this year, which saw Gatik and Loblaw testing one delivery vehicle in Toronto.

Lauren Steinberg, senior vice president of Loblaw Digital, called the autonomous fleet “central” to Loblaw’s three-year growth strategy. The delivery fleet is part of a broader move by Loblaw to automate many aspects of its supply chain. Earlier this year, the retailer launched its first automated picking facility, located in Toronto.

Major retailers across the globe, including Amazon and Walmart, are also working to automate various parts of their fulfillment operations as a way to increase efficiency.

COVID-19 has made self-driving trucks and other robotic deliveries more appealing than ever, given the boom in e-commerce and greater need for social distancing caused by the pandemic.

As Canada’s largest food retailer, Loblaw has notably benefited from the e-commerce boom, with a 175 percent increase in e-commerce sales last quarter.

Gatik is a Palo Alto and Toronto-based startup, which has developed technology that automates short-haul delivery vehicles. It focuses on middle-mile delivery for the B2B retail industry. The company was founded in 2017 by CEO Gautam Narang, CTO Arjun Narang, and chief engineer Apeksha Kumavat.

Gatik’s deal with Loblaw comes on the heels of a $25 million USD Series A round, which initially closed in March with rolling closes throughout the year. Notably, the round was co-led by Loblaw-backed Wittington Ventures.

Wittington Ventures, which launched its first fund last year, is also backed by Canada’s billionaire Weston family, with limited partners that include Loblaw and its many associated companies – Shoppers Drug Mart and President’s Choice among them.

“We have a really positive differentiator in that [Wittington Ventures is] affiliated with these larger operating businesses where we can bounce ideas off of, share trends, get their ideas on what might be important or new, or what’s different,” said managing partner Jim Orlando, who confirmed a $100 million close to the firm’s first fund to BetaKit. Orlando also confirmed that Wittington Investments, which is controlled by W. Galen Weston, is the venture firm’s lead LP. 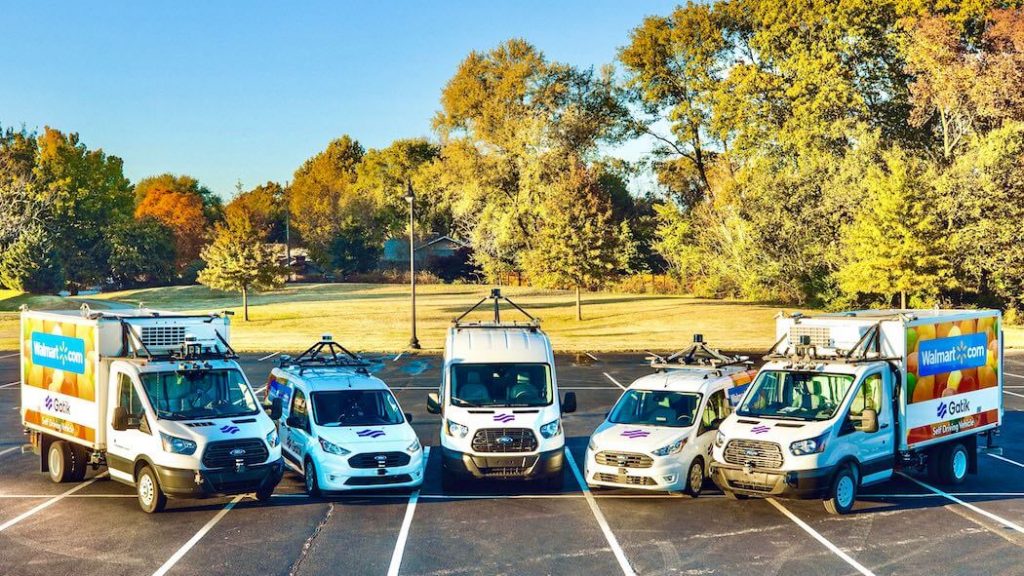 Gatik signed a deal with Walmart in 2019, operating a delivery fleet from Walmart’s headquarters in Arkansas.

Gatik plans to use the financing to further expand its operations across North America, including increasing its team size in Silicon Valley and presence in Canada.

Loblaw marks the second major retailer Gatik has publicly signed as a customer. In 2019, the company signed a deal with Walmart, operating a delivery fleet from Walmart’s headquarters in Arkansas.

Gatik focuses specifically on middle-mile deliveries, which is the transport of goods from a warehouse or distribution centre to local retail facilities or stores.

The startup claims short-haul logistics represents a $1 trillion market, in which the majority of retailers are losing money on each delivery. Gatik’s CEO, Narang, called the B2B middle-mile market that Gatik focuses on one that is both expensive and underserved.

“Gatik is filling the gap between long-haul trucking on one end … and your last mile delivery robots on the other,” Narang said in an interview with BetaKit.

“There are very few companies that are approaching this problem, the AV [autonomous vehicle] problem, from a commercial angle,” he noted. “By constraining the autonomy problem, by operating the vehicles on fixed repeatable routes, we can get to the market faster.”

Ontario offers Gatik an almost perfect playground for testing autonomous vehicles. The province has attracted many such companies, including Uber ATG, due to government regulations that allow for the testing of vehicles on public roads.

In 2016, Ontario launched a ten-year pilot for autonomous vehicles, and in January 2019, allowed for the testing of driverless vehicles on public roads for registered pilot participants. Gatik expanded into Canada around that same time and currently operates with a permit under that pilot program, with its vehicles able to travel across the GTA on semi-urban and urban roads, as well as highways. 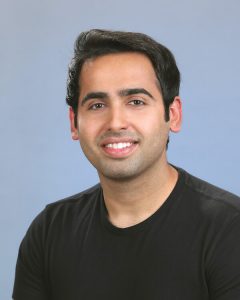 Narang called Gatik’s operations in Canada a “huge part” of the startup’s strategy.

The Loblaw delivery trucks will operate seven days a week, 12 hours a day, on five fixed routes. The vehicles will pick up goods from Loblaw’s automated picking facility in Toronto and move them to fixed drop-off locations. Each vehicle is expected to travel around 300 kilometres per day.

The vehicles currently operate on what Narang called “constrained Level 4,” which means the trucks have high levels of autonomy with a ‘safety driver’ on board who can override if needed. Gatik’s eventual goal is to operate its delivery fleets without any drivers.

In addition to favourable autonomous vehicle regulations in Ontario, Gatik is also looking to take advantage of winter weather. Snow and ice have long been obstacles in the development of autonomous driving tech.

“Once we started to engage with the team at Gatik, it became clear our partnership would be mutually beneficial because Gatik was interested in testing their trucks in different weather conditions, which is an important factor when dealing with the unreliable weather we face in Canada,” Steinberg noted.

To date, Gatik claims its delivery vehicles have helped complete more than 30,000 autonomous orders. It also claims to work with multiple Fortune 500 companies in Canada and the United States aside from Loblaw and Walmart. Narang hinted at future announcements of other large retail customers, but did not provide any additional detail.

“With COVID, the business has been put into high gear, so we are deploying vehicles ahead of schedule,” said the CEO. “Our customers are asking us to add more vehicles. So, Gatik is in expansion mode.”

Fraud in fintech being fought with regulatory tech – Business Standard