LG has just introduced three new K series smartphones that supposedly offer premium design with enhanced features and functionality at decent price points. The new phones – LG K62, LG K52, and LG K42 will be available starting October in Europe followed by select countries in Asia, Latin America, and the Middle East.Sadly, these mid-range phones don’t seem to target the North American market, but we don’t rule out the possibility that slightly different versions of LG K62, LG K52, or LG K42 will arrive in the US at some point this year.

Although no prices have been mentioned, going by the naming scheme, the LG K42 should be the cheapest of the three. The phone sports a large 6.6-inch HD+ display, a quad-camera setup (13MP+5MP+2MP+2MP), and a secondary 8-megapixel camera in the front. The K42 is equipped with a 2GHz octa-core processor, 3GB RAM, and either 32GB or 64GB expandable storage.

LG K42 will be available in Green, Gray, Red, and Sky Blue, and ships with Android 10 right out of the box. Last but not least, the phone features a side-mounted fingerprint sensor and a decent 4,000 mAh battery. 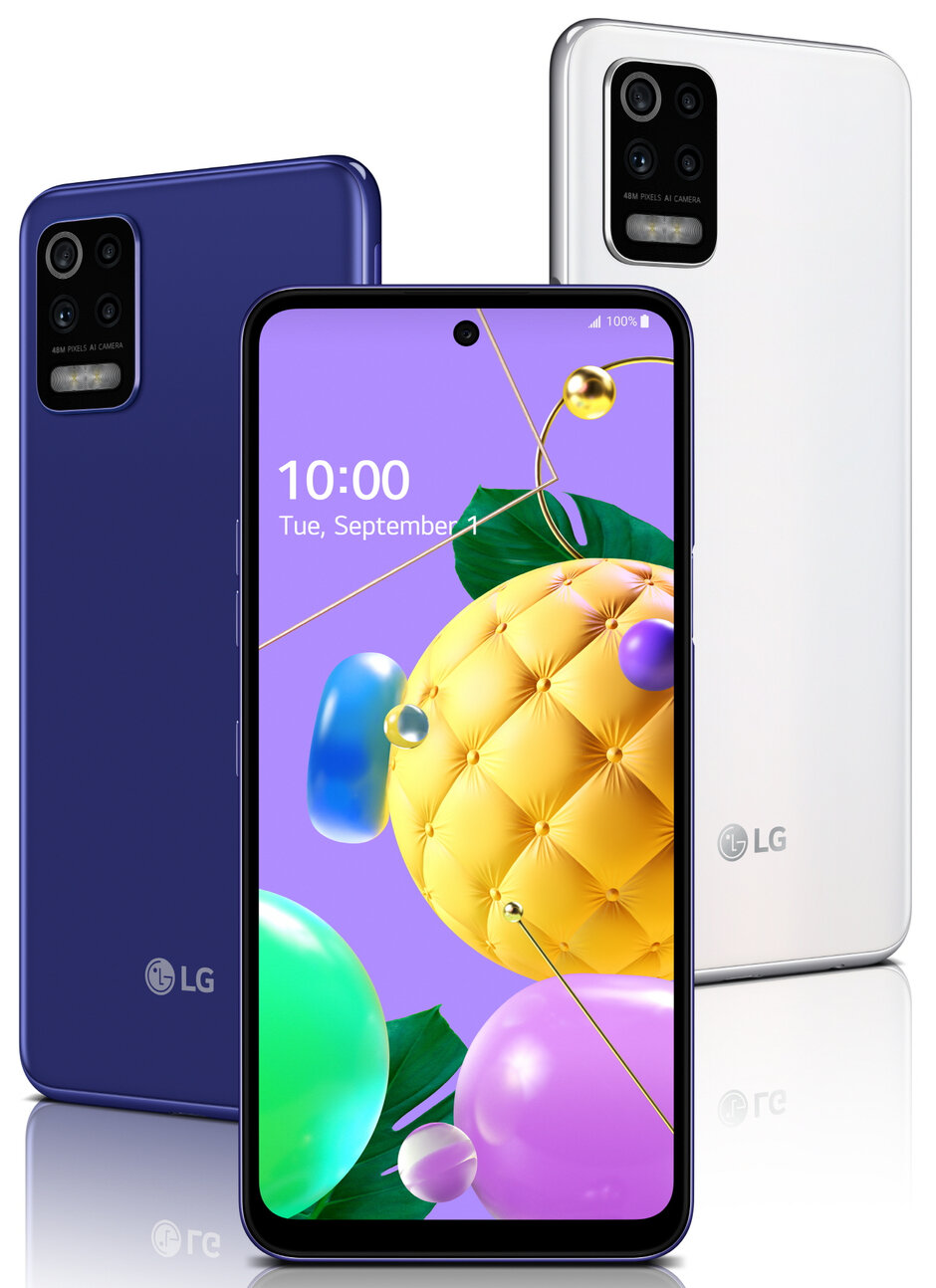 The mid-tier LG K52 has a similar 6.6-inch HD+ display, but a slightly better quad-camera configuration: 48MP+5MP+2MP+2MP. Also, the phone is powered by a 2.3GHz octa-core processor, 4GB RAM, and 64GB internal memory (up to 2TB). The rest of the specs are similar to the K42’s, but this one will be available in White, Blue, and Red.

Finally, the LG K62 packs the same 2.3GHz octa-core processor, 4GB RAM, and 128GB storage. It features K52’s camera setup (48MP+5MP+2MP+2MP) but offers a much better 28MB selfie snapper. It’s powered by a 4,000 mAh battery and has a side-mounted fingerprint sensor. The K62 will be available for purchase in either White or Sky Blue colors.

All three K series smartphones promise to offer unique camera features and superior performance. The big battery is another plus worth mentioning. When it comes to audio, the new K series phones feature LG 3D Sound Engine, which should add enhanced immersion and detailed sounds optimized to the sounds played. Not to mention that all three LG phones meet the strict U.S. military MIL-STD-810G standards.

Track and trace app can’t be downloaded by most over 60s because their smartphones are too old, survey finds – Telegraph.co.uk

Facebook has 3 ‘hidden apps’ in most Android phones sold in India, but should you worry? – Times of India