A Maine Supreme Judicial Court decision has breathed new life into a lengthy battle between an antique auto museum on Mount Desert Island and the trust that owns the collection.

In a 12-page decision, the state’s highest court reversed a lower court ruling that had found the Seal Cove Auto Museum was not a legal beneficiary of the Richard C. Paine Jr. Automobile Collection Charitable Trust. 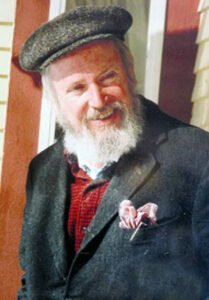 Thursday’s decision allows the museum to refile a lawsuit against the trust that was dismissed in 2017 when a judge ruled the museum had no standing.

Museum trustee David Glaser of Cape Elizabeth said Friday that the high court decision was great news and said the museum plans to move forward with its complaint.

“We have always felt we should have all the rights of a beneficiary,” he said.

Paine was an eccentric collector of cars from the late 19th and early 20th century period known as the Brass Era. Although from Massachusetts, he had deep ties to Maine and in 1963 founded the Seal Cove Auto Museum to display his most-prized cars. Since he died in 2007, that collection, along with his substantial wealth, has been managed by a trust established in his name.

The museum and trust have been linked ever since, but the relationship between the trustees and the museum’s staff and board members hasn’t always been amicable.

The museum filed its original complaint in August 2016, alleging that the two trustees of the Paine Trust – John Sanford, a Camden attorney, and John Peabody Monks Higgins, a Cape Elizabeth financial planner – paid themselves excessive fees and engaged in self-dealing. The museum sought status as a “qualified beneficiary” and asked the court to require the trustees to pay back hundreds of thousands of dollars in fees they already had received.

Glaser, who joined the board in 2014 and had background as an accountant, took over treasurer duties at the museum. He noticed that payments to Sanford and Higgins to manage the trust – which were calculated at 1 percent of the trust’s assets – were increasing steadily. In 2012 the two split $179,420. By 2015 they combined to earn $276,949. At the same time, the trust’s annual payment to the museum was declining.

Museum directors also were concerned about Sanford’s plans to sell some vehicles, including the trust’s most valuable automobile, a 1913 wooden-bodied Peugeot, considered the grandfather of race cars.

The 2016 suit wasn’t the first time Sanford was accused of paying himself excessive fees.

In 2007, the state filed a suit alleging that Sanford had been paying himself fees from the trust without any oversight. The Attorney General’s office also alleged that the trust violated the Maine Nonprofit Corporations Act because it had only two directors and later because the only other board members were colleagues of Sanford at his law firm.

Initially, the state suggested Sanford be removed from the museum board and pay back that money – $558,000 over a 10-year span – but that didn’t happen. Instead, as part of an agreement, Sanford was required only to remove himself from the museum’s management structure and board and then add another trustee for the Paine Trust, Higgins. The museum continued, but Sanford – who still controlled the trust – kept a hand in its decision making.

Glaser and other museum trustees felt that agreement still didn’t provide enough oversight, prompting them to file their complaint in 2016. That case didn’t get far before it was dismissed by a judge, who ruled that the museum was not legally a beneficiary of the trust.

But the suit did put the matter back on the radar of the Attorney General’s Office. The state filed an amended complaint in 2017 that included many of the same allegations made by the museum.

The state and the trust eventually signed a consent decree last May that calls for Sanford, a Camden attorney, and Higgins, a financial planner from Cape Elizabeth, will each be paid $62,500 annually to manage the trust.

The museum had not been a part to that suit and was not satisfied with the resolution.

With the recent Supreme Court decision, the now have a chance to push for a new outcome.

Please check your email to confirm and complete your registration.

Use the form below to reset your password. When you’ve submitted your account email, we will send an email with a reset code.

Collins raises $2.3 million towards re-election in final quarter of 2019