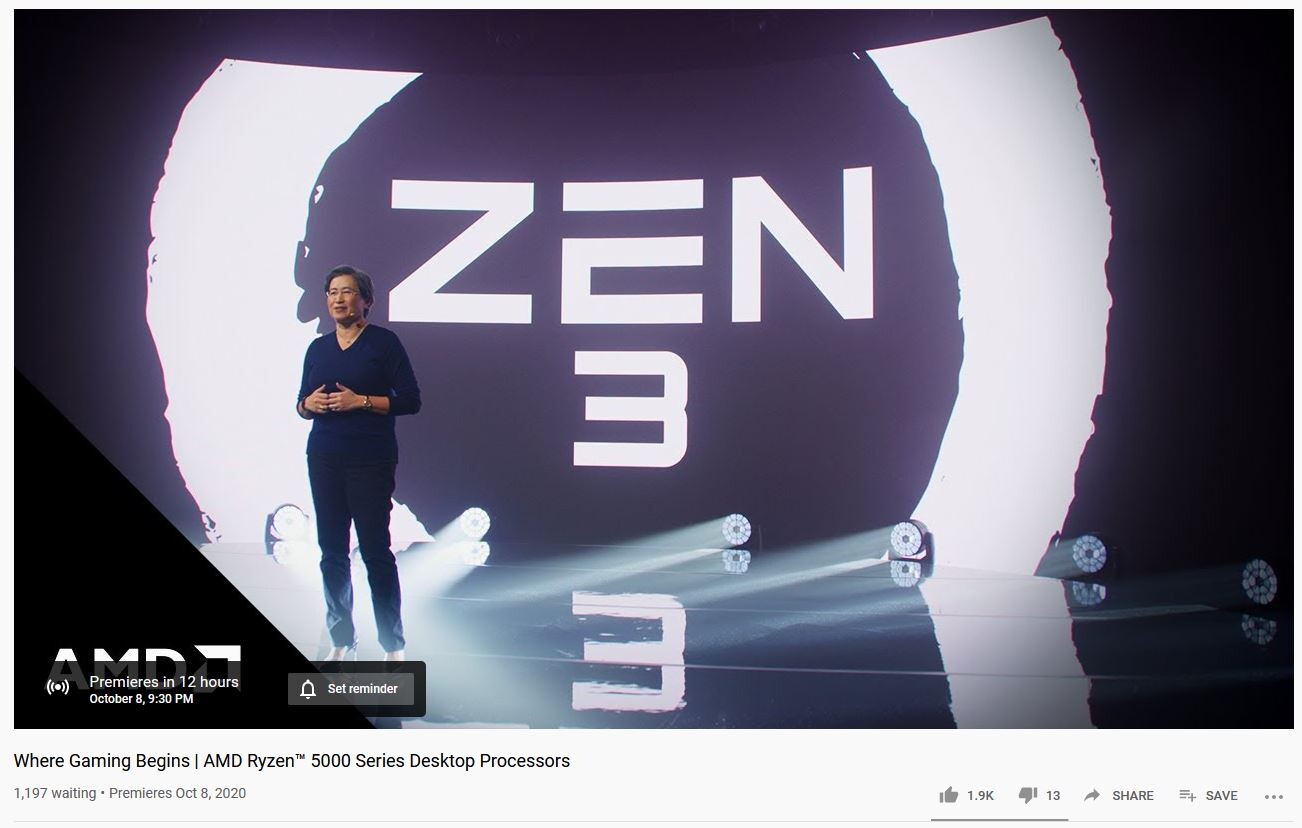 Twitter leaker @TUM_APISAK flagged the benchmark results for the two forthcoming Ryzen 9 5000-series processors in the online Geekbench database showing the dominating performance of these two CPUs in the popular benchmarking suite.

There was already considerable hype surrounding AMD’s Zen 3 processors, scheduled for release on November 5, but anticipation continues to build as more benchmark results surface hinting at the new CPUs’  performance.

Earlier this week, TUM_APISAK uncovered benchmarks for the Ryzen 5 5600X that showed it beating Team Blue’s competing Core i5-10600K. Now, as broken down over at Hexus, the Ryzen 9 5950X and 5900X both look to overpower Intel’s competing Comet Lake processor, the Core i9-10900K, by quite a bit.

Meanwhile, the 5900X performs about 15 percent and 18 percent faster in single-core and multi-core performance, respectively, over the i9-10900K. We haven’t tested the chips ourselves yet, so we can’t independently verify that these performance comparisons will hold up, but if they do, Intel will be feeling the heat.

Digital transformation is a marathon, not a sprint

AMD RX 6800 XT GPU breaks world record while overclocked to 2.65GHz – and without any fancy cooling