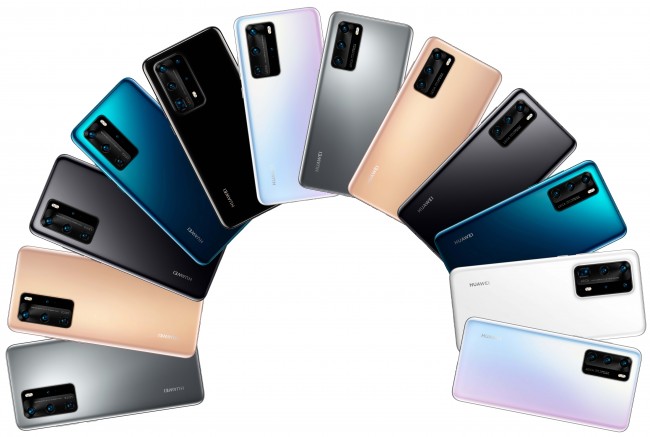 A new render tweeted by frequent leaker Evan Blass is giving us a wide-ranging glimpse at Huawei’s next flagship smartphone series, slated for launch next Thursday. If you look closely at the image, you’ll find three different models, each with a different number of cameras.

The premium version (second from right and fifth from left) has a total of five lenses on the back and comes in black or white. The mid-range model sports one fewer lens but has more color options — silver, gold, black, blue and aurora. The basic model has three lenses and also appears in five colors.

The phones are expected to carry Huawei’s in-house Kirin 990 5G chip. But there’s one major question fans don’t have answered yet: Will the P40’s display will have a high refresh rate like the 120Hz screen on the Samsung Galaxy S20 and Oppo Find X2? Speculation aside, we do know Huawei will probably have to launch the phones without Google services preinstalled, as the US blacklist has kept apps like YouTube and Google Maps off new Huawei phones for many months.

No respite for poor students with no smartphones, Internet – Hindustan Times

Flashback: the Motorola Nexus 6 was the best in the series and it changed Google – comments – GSMArena.com

Why Have Home Battery Forecasts Been Staggeringly Wrong For Years? –...