We get many earphones, headphones, earbuds, or whatever term you choose to call ear speakers. Many of the reviews we’ve done are from brands that are well established and mainstream. The Lavanda Lune isn’t exactly mainstream and is currently crowdfunding on Indiegogo.

You never know what you’re going to get when it comes to Indiegogo devices, but the Lavanda Lune are surprisingly… excellent. From their design to their sound, I found these TWS earphones to be right on par with the competition. It is important to note that the earphones we received were not a production pair. Read on for the full review of the Lavanda Lune.

The Lavanda Lune has the following features and specifications:

What’s In The Box

There aren’t many ways to make earphones look different from the rest of the pack. Most earphones or earbuds look similar to each other, and the Lavanda Lune has that familiar design.

Lavanda chose to use glossy plastic for the exterior of the earphone. While this is appealing to the eye, it’s also slippery. There were times I had a bit of a rough time removing the earphones from my ears. This was due to how slippery they are; you have to have a good grip on them.

That being said. Part of the reason they took a bit of work to remove is due to their outstanding fit. These earphones fit snuggly into the ear, especially if you choose the correct ear tip.

Each earphone has a slick looking LED light for Bluetooth and battery status. The design of the earphones is nice, it’s simple, clean, and not gaudy.

The charging case looks very similar to other earphone charging cases. It’s simple, lightweight, and small. It has a USB-C charging port on the back and 4 LED lights on the front to indicate the charge left in the case. Opening the case up, the same glossy plastic that’s on the earphones is on the inside. It’s nice attention to detail to continue the earbuds’ look on the inside of the case.

Overall, the design isn’t groundbreaking, but it’s simply familiar. I like how well the Lavanda Lune fit into my ear even though it took a bit of work to remove them.

Before you use the Lavanda Lune, it is suggested to charge them and the case to full. After that’s done, you can remove them from the case, and they will go directly into pairing mode. Find them in your Bluetooth settings and connect. Very straightforward and simple.

The Lune also has touch controls on the earphones to navigate your music. The controls are as follows:

Overall, the Lavanda Lune are super simple to use.

The Lavanda Lune soundstage is tuned like many other earphones out on the market these days, favoring the bass frequencies. There’s no denying that much of popular culture prefers bass-heavy music. This is why many headphone makers tune their products to favor the bass frequencies.

My personal preference is a flat soundstage with a slight tweak up in bass. The Lune has a bit more bass than I like, but it’s not crazy stupid. The mids and highs are still very much present, and the bass doesn’t overpower those frequencies.

But you can certainly hear the thickness, and I can tell the bass is favored here. There’s nothing wrong with the sound here; it’s actually fairly excellent. My biased opinion is that I’d roll back the bass just a couple of notches, but I understand that there are plenty of people who prefer this soundstage.

The ANC is just okay. It’s not bad, but it’s average. It does the job, and I would have liked to test these on an airplane; that’s really the gold standard test of ANC earphones. Transparent Mode works well; I don’t have a use for it, but it works fine for those who need it.

Overall, the Lavanda Lune sound is very good, the bass is a bit heavier than I prefer, but I know most people looking at these will probably enjoy this.

Bluetooth 5 provides excellent reception and call quality was good. I had no issues hearing callers and callers could hear me fine.

READ  Scoob! Review: Seriously, Scooby-Doo, Where Are You? - TechQuila

The Lavanda Lune is being crowdfunded on Indiegogo right now, and their early bird pricing is US$79. This is a very competitive price and actually cheaper than some other ANC earphones on the market. The early bird price is a heck of a deal. The price after the early bird may be a bit much for some users to consider.

The Lavanda Lune surprised me. They have a nice clean and minimal design, although I didn’t particularly appreciate that the glossy plastic made them hard to pull on. They sound pretty decent, even with the bass being pushed up higher than I prefer. The early bird pricing is reasonable at US$79, and if you can get them at that price, they’re worth considering. 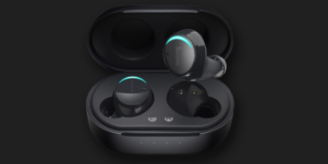 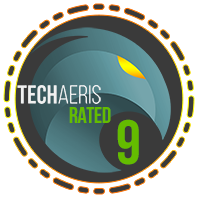 Review: 'Hitman 3' is everything you want in a stealth game, despite lack of multiplayer – Tech Xplore

How do I get paid from eBay to my bank account?