And now, three decades later, I’m listening to what might be the last. No one has officially called time on the V10 engine but its days seem numbered. Over the past dozen years, BMW has stopped using them, and the one built by Lexus came and went, as did Porsche’s. Audi’s V10 was removed from its hot saloons and estates, and even the greatest V10 stalwart of them all, the Dodge Viper, has ceased production. In fact, there’s just one left and you’ll find it under the engine cover of the Audi R8 or, in tweaked form, this Lamborghini Huracán Performante. It is the engine equivalent of the Przewalski’s horse.

I understand why this must be, at least most of the time. I understand that, compared with a smaller twin-turbo V8, a normally aspirated V10 is larger and therefore more difficult to package. It produces less torque and needs more revs to do it. I understand very well indeed that it’s less easy to coerce a V10 breathing air at atmospheric pressure into providing socially acceptable economy and emissions data than a forced-induction V8. And I understand also that it’s not a V12 so will never be seen to be quite the pinnacle. This stuff is important, as Bentley and Mercedes-Benz will tell you: certain people will pay silly sums just to know there are 12 pistons shuttling up and down under their bonnets, regardless of the cheaper, usually better alternatives.

But then there are those occasional moments when, frankly, I don’t understand at all. This is one of them. I’m writing this with the sound of the Lamborghini’s V10 still ringing in my ears. Now I know this is the kind of thing that writer types say without great thought, but I’m not one of them. Right now, I have a residual tinnitus that was not there before I drove the car. And I don’t mind it at all, because it’s keeping the experience of that motor alive just a little longer before it starts to convert to mere memory. And, yes, I’ve heard plenty of loud engines before, plenty that sound beautiful and far more melodic than this. But I’ve not heard many more interesting. 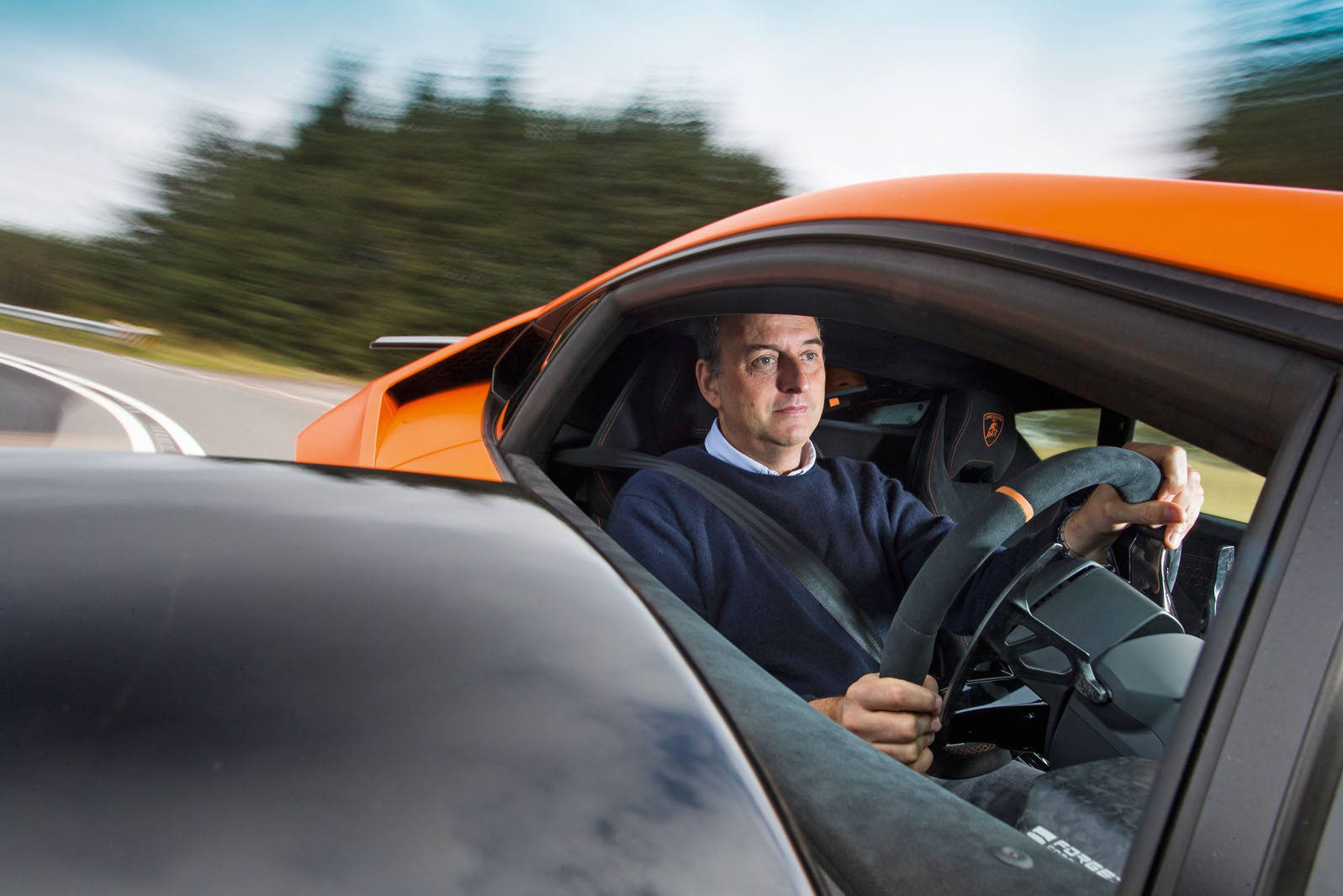 There is something about the V10 that is different. I won’t bore you with the science but any engine with a cylinder count that’s a multiple of five is inherently unbalanced. In tech terms, it’s subject to first and second-order vibrations so shouldn’t really work, and indeed wouldn’t really work without careful application of counter-balance measures. The result is a grungy, off-beat voice, a million miles from the mainstream, popular approach. Think Janis Joplin versus Céline Dion and ask yourself who’d you’d rather listen to.

But that’s not the only reason V10s arrived in road cars more than 70 years later than did the V12. Another problem was fuelling: because five is an odd number, there used to be only two ways of ensuring an equal amount of fuel reached all cylinders in a bank of five – either by using a single carburettor, which was terribly inefficient, or using five, which led to nightmarish tuning issues. It was only when fuel injection started to become routinely available that these problems went away; and once you had a successful five-cylinder petrol engine, such as that introduced in the Audi 100 in 1976, then simply doubling the cylinder count was a doddle.

The Guardian view on electric cars: greener roads are good – The Guardian