The Los Angeles County Department of Public Health said in a Thursday statement that the individual returned to the area after traveling to South Africa, via London, on Nov. 22. The infection, health authorities said, was most likely travel-related.

The new variant, which has sent scientists scrambling to assess its severity, has been confirmed in about two dozen countries so far, but was first identified in South Africa. The LA County case came hours after the U.S. confirmed someone in Minnesota had tested positive for the Omicron variant.

The San Francisco, Minnesota and Los Angeles County cases are all believed to be travel related, with both of the California patients having recently traveled to South Africa; the San Francisco patient returned from South Africa the day the LA County one traveled there.

While much remains unknown about this variant, it may spread more easily than others, including the Delta variant — the coronavirus mutation that preceded Omicron — according to the U.S. Centers for Disease Control and Prevention. The World Health Organization has listed it as a variant of concern.

“CDC has been actively monitoring and preparing for this variant,” the federal health agency said in a statement after the Minnesota case was confirmed. “CDC has expanded its capacity for genomic sequencing over the past nine months and we have more tools to fight the variant than we had at this time last year.”

The CDC’s statement referred, in part, to the vaccines that are now available.

The Minnesota and California people who tested positive for the Omicron variant were all vaccinated.

The Los Angeles County resident who tested positive for the Omicron variant was fully vaccinated — the people from San Francisco and Minnesota were also vaccinated — and was self-isolating, health officials said. The person’s symptoms are improving without medical care.

A small number of close contacts have also been identified and all have tested negative and had no symptoms so far, officials reported.

“Throughout the pandemic we have always known there would be more mutation, resulting in the possibility of a more dangerous variant than the Delta variant,” said Barbara Ferrer, director of the county’s Department of Public Health.

“While we can’t know for certain the impact of Omicron at this time,” she added, “the good news is that we already know how to reduce transmission and slow spread using both pharmaceutical and non-pharmaceutical interventions.”

She again urged people to get vaccinated or boosted, and tested if they feel sick or have been in close contact with others who have been diagnosed with COVID-19.

While health officials have long said getting inoculated against the virus is the best way to end the pandemic, they have also said masking plays a key role in stopping the spread.

Each time a variant has popped up — and even at the pandemic’s onset — health officials have differentiated between those who caught COVID-19 while traveling and those who contracted it because of community spread, which is the greater concern.

That is potentially something to keep an eye on, since Omicron appears, at least so far, to spread quickly.

In South Africa, new coronavirus cases nearly doubled in a single day, to almost 8,600, authorities reported Wednesday, and the country’s National Institute for Communicable Diseases said Omicron had overtaken the Delta variant among samples now being analyzed at the genetic level.

On Thursday, Biden announced several actions to protect the country from the coronavirus, particularly the recent variants, during the winter. Those include increasing the availability of booster shots at pharmacies, creating a new public awareness campaign — and giving boosters to 100 million eligible adults.

“The President’s medical team continues to believe that existing vaccines will provide some level of protection against severe illness from Omicron, and individuals who have gotten boosters have even stronger protection,” Jeff Zients, the White House COVID-⁠19 Response coordinator, said in a Monday statement. “As such, we urge all adults to get their booster shots and to get themselves and their kids vaccinated, if they haven’t already.

“We will remain steadfast in our fight against this virus,” he added.

This story is breaking and will be updated. 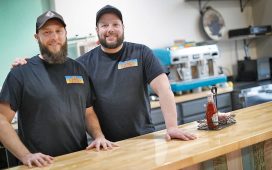 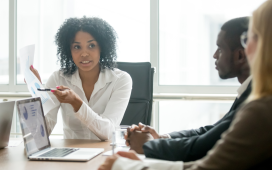 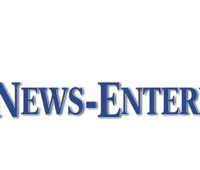