Apple’s key partner Foxconn has iPhone production lines in a few other places in the world outside of China, such as Brazil and India. However, China’s operations remain the most important when it comes to worldwide iPhone shipments. This time, however, it seems that Apple will begin production of the iPhone 14 simultaneously in India and China.

The report comes from reliable analyst Ming-Chi Kuo, who revealed that at least one of the new iPhone 14 models will be produced in India at the same time as in China. If true, this will be the first time that production of a new generation iPhone will begin in another country simultaneously with China.

As noted by Kuo, in normal situations, production of a new iPhone outside of China usually takes a few months to start. For instance, Foxconn started assembling iPhone 13 in India in April this year, while production in Brazil began a few weeks later.

Of course, iPhone production in other countries is not aimed at meeting global demand but at serving local markets. According to Kuo, the iPhone 14 production capacity in India won’t be enough to fill the gap caused by production challenges in China in the short term, but it’s still an “important milestone for Apple” when it comes to expanding iPhone production to other places.

The analyst emphasizes that Apple’s decision to accelerate iPhone 14 production in India is due to geopolitical impacts on the company’s supply chain.

As reported earlier today, Apple has warned its suppliers about a possible “revenge” by the Chinese government against the United States after the controversial visit of US House of Representatives Speaker Nancy Pelosi to Taiwan. Pelosi had meetings with some of Apple’s suppliers such as chipmaker TSMC and Taiwanese assembler Pegatron. Since then, there have been reports that China is blocking shipments from these companies.

At the same time, production of the iPhone 14 lineup has also been facing delays due to component shortages and some minor quality issues. By increasing iPhone production in India and potentially in Brazil as well, Apple might be able to slowly reduce its reliance on China – although this will be quite difficult to achieve.

Yet, despite all these setbacks, analysts still believe that Apple will announce the new iPhones next month. It’s also rumored that the company will introduce the next generation Apple Watch with a Pro model for the first time and a redesigned entry-level iPad with USB-C port and 5G. 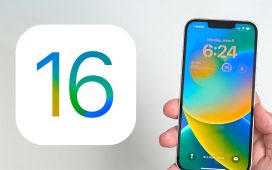