Practicality is good, too. There’s acres of space in the second row, and a sliding bench means that adults can fit in the third row for shorter hops, too. Just be mindful of the slightly mean head room way back there and the fact that you’ll shrink the boot from 813 litres to 179 litres by having those seats in place.

Performance is solid, if not overtly brisk. The hybrid system provides decent enough initial punch when pulling away, but the engine tends to do the majority of the heavy lifting. In such instances, you certainly hear the 1.6-litre unit churning away, but it’s certainly quieter than the normally aspirated engines Kia fits to some of its plug-in hybrids.

EV mode only really kicks in when you’re maintaining a consistent speed, and so on a brief test route that mixed 30, 40, and 50mph zones, we saw an average economy figure that flitted between 37 and 38mpg.

The Sorento is a comfortable beast. There’s a stoutness about its low-speed ride that’s likely a product of firmer spring rates required to keep a 2006kg SUV in check, but there’s good pliancy through undulations and, on 17in alloys, it rounds off sharp impacts nicely (although the 19in wheels on posher models don’t manage quite as well).

Its handling, meanwhile, is secure and predictable, if largely forgettable. You absolutely won’t feel the need to hustle this car down a road for the pure thrill of it. But if, for whatever reason, you give it a go, you’ll find that there’s a bit of lean through particularly quick bends and that its traction control system pulls the plug long before you really start testing the limits of grip. 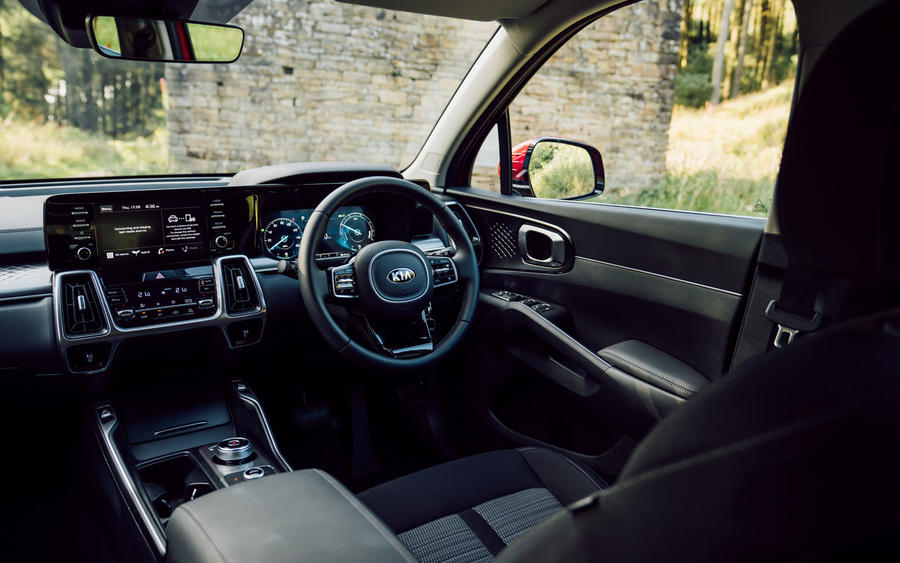 Hammer down: The UK's most affordable car auction

Man shot in Roanoke, tells police an unknown car drove-by and he was shot – WSLS 10

Think Apple's iPhone is always faster than Android? This news will...